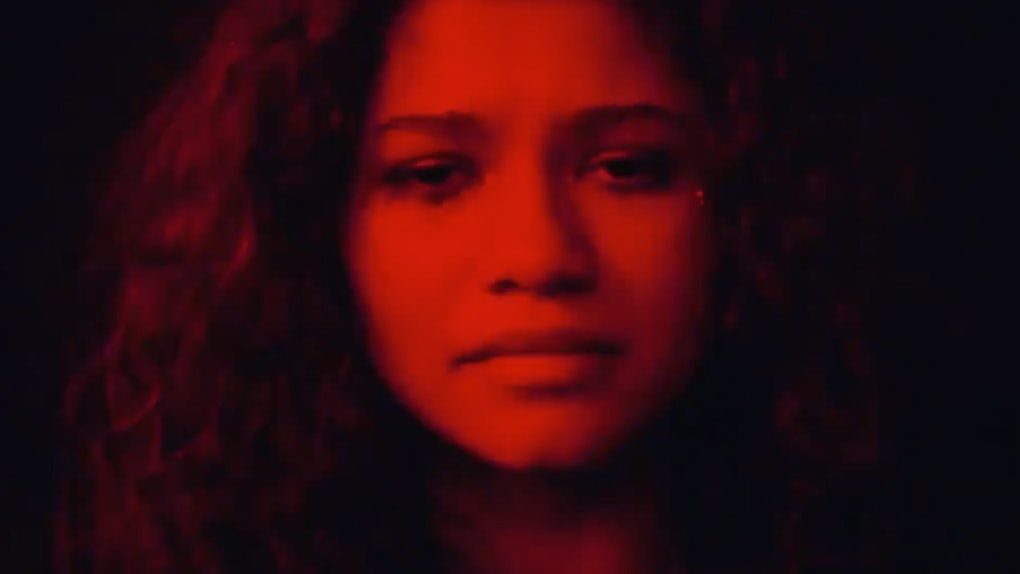 Look no further for your next teen drama obsession, because just a few seconds of Euphoria will have you hooked. The upcoming HBO series is eery and haunting, not to mention the fact that its leads are some of the biggest stars out there. The teaser for HBO's Euphoria was just released, and the sneak peek is sure to give you all the chills.

Euphoria is a dark teen drama that's headed to HBO later this year. Here's the official description of the series from HBO:

According to one HBO executive, Euphoria is like "Kids meets Trainspotting. And what might exist when parents don't exist.” Its based on an Israeli series of the same name, which aired from 2012 to 2013. The series is about the murder of a teenager outside a club and the lives of the teens who were there that night as they cope with the tragedy. It's pretty dark stuff, especially compared to the other projects its star, Zendaya, has been making. For example, the much lighter movies Spider-Man: Homecoming and The Greatest Showman. On Euphoria, Zendaya will play Rue, a drug-addicted teenager who serves as the whole series' unreliable narrator. The teaser trailer evokes a really trippy vibe that totally evokes the sort of wild party scene its characters are experiencing. You can check out the teaser for yourself below:

The teaser doesn't offer much in terms of specific plot details, but it does an excellent job of setting the mood for the new series. Disorienting music plays as the brightly colored images flicker. The letters that spell "euphoria" bounce onto the screen one at a time, the images behind the letters growing distorted as the camera zooms and pans in and out of them. It feels very weird to watch, almost as if the viewer is in the same drug-induced state the characters are in. Towards the end of the teaser, Zendaya's character Rue says in a voiceover, "This is the feeling I have been searching for my entire life."

To me, Euphoria is one of the most raw, honest looks at what it looks like now to be a young person. It's definitely different than what I've ever done before, and there are going to be some themes that are tougher to deal with. But at the end of the day, it's somebody's reality, and that's the story we're telling.

With talent like Zendaya in front of the camera, and talent like Drake behind the camera producing it, there are some high expectations for Euphoria. But most importantly, it sounds like the show will provide a raw look at the feelings so many teenagers go through, and that alone will make it worth watching.

More like this
HBO Max's 2021 'Friends' Reunion: Teaser, Release Date, Guest Stars, & More
By Ani Bundel
These Theories About Hulu's 'How I Met Your Father' Spinoff Are Legendary
By Rachel Varina
'The Nevers' Season 1, Part 1 Finale, Explained
By Ani Bundel
Stay up to date