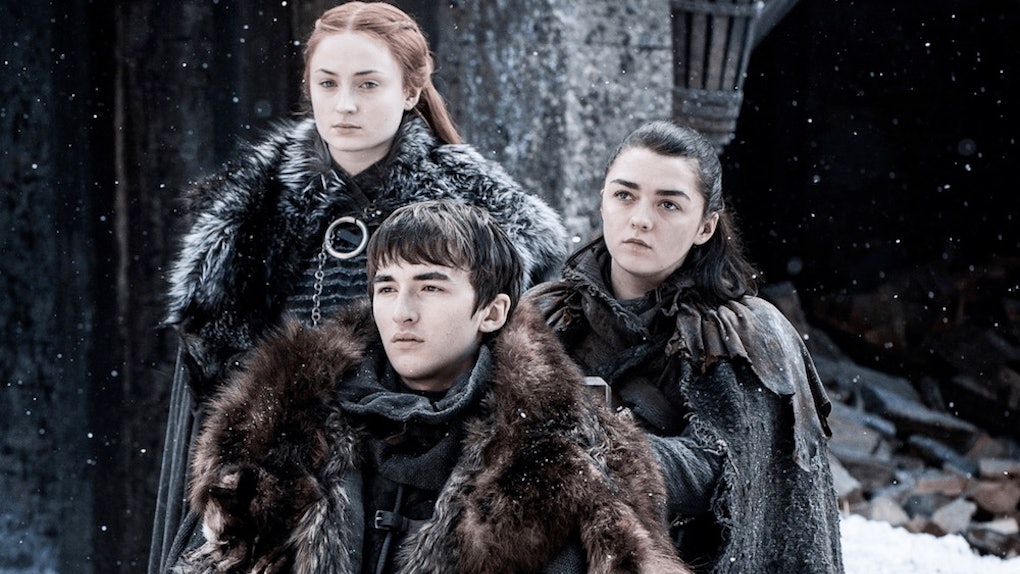 The Starks Will Be In The 'GOT' Prequel, According To George R.R. Martin

Showrunner Jane Goldman is hard at work filming the pilot episode in Northern Ireland. While she's there, Martin spoke to Entertainment Weekly about what fans can expect from the still-untitled series. He confirmed that one of Westeros' oldest families (and the family that was truly at the heart of Game of Thrones) will be a part of the prequel. "The Starks will definitely be there," Martin said to EW.

It makes sense that the Starks will be included in the new series; the family has a long history in Westeros. The house is descended from the First Men, so they've been on the land for a long time. But even though the Starks will be around in the prequel series, Westeros will still look very different from the one fans know from Game of Thrones. Martin explained:

The prequel will show viewers what Westeros looked like on its way to forming the Seven Kingdoms. But even though the Starks will be present, fans won't get to see all of the familiar houses they know from Game of Thrones. Martin said:

The Lannisters aren’t there yet, but Casterly Rock is certainly there; it’s like the Rock of Gibraltar. It’s actually occupied by the Casterlys — for whom it’s still named after in the time of Game of Thrones.

There's one more fan-favorite Game of Thrones detail that probably won't be included in the prequel: dragons. According to Martin, dragons didn't come about in Westerosi history until after the events of the prequel series. However, he promises that there will be some familiar creatures.

Obviously the White Walkers are here — or as they’re called in my books, The Others — and that will be an aspect of it. There are things like direwolves and mammoths.

The prequel series still doesn't have a name, but Martin has previously suggested that it be called The Long Night, which diehard fans know refers to the winter when the White Walkers emerged for the first time. He also revealed that he's open to another variation on the title. He said:

I heard a suggestion that it could be called The Longest Night, which is a variant I wouldn’t mind. That would be pretty good.

There's no word yet on if and when fans will get to see the new series, but hopefully they won't have to wait too long to return to Westeros.

More like this
'House Of The Dragon': 'GOT' Spinoff Cast, Release Date, Filming News, & More
By Ani Bundel
3 Theories About Jackson Avery's 'Grey's Anatomy' Ending That'll Wreck You
By Abby Monteil
This 'Stranger Things 4' Theory About Eleven's Past Is Super Dark
By Ani Bundel
Stay up to date