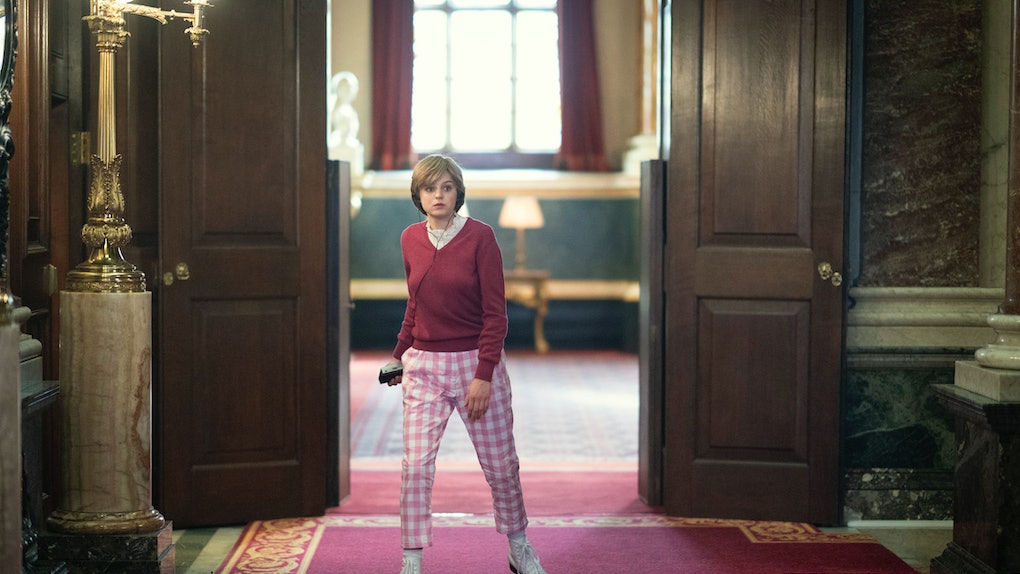 After three seasons spanning three decades, Netflix's The Crown has finally reached one of the royal family's defining eras: the 1980s. Olivia Colman opened Season 3 as Queen Elizabeth, reminding viewers the only constant is change. However, there's a massive difference in the series with this new installment, and it's all about the tunes. For the first time, modern rock music has taken the forefront in The Crown, staring with the Season 4 trailer in which The Smith's "How Soon Is Now" brings modernity to the royal family. But that's only the tip of the iceberg. The songs on The Crown's Season 4 soundtrack are part of the change that comes with Lady Diana Spencer's entrance into the fold.

Warning: Spoilers for The Crown Season 4 follow. The Crown's first episode might not seem very rock and roll. The show opens with the theme written by German film composer Hans Zimmer (Inception). And the music in the background, composed by Martin Phipps, seems as stately and operatic as ever, especially during Lord Mountbatten's funeral.

But then, when Charles calls Diana to ask her out on a date, Blondie's hit "Call Me" blasts out of a record player. It may seem a bit of practical set-up; after all, Diana is at home in her flat listening to records when he calls. But it's a signal that Charles has called someone who's coming from a very different place and bringing a different sound along with her.

As Diana impacts the lives of those around her, '80s bops seem to follow, from Duran Duran in her walkman to Billy Joel for Charles' birthday. Here's a full list of all the popular songs The Crown Season 4 hits throughout 10 episodes. Your feel-good Spotify playlist is about to get some throwback gems.

Somehow, I don't think this is the last the show will hear from Elton John.