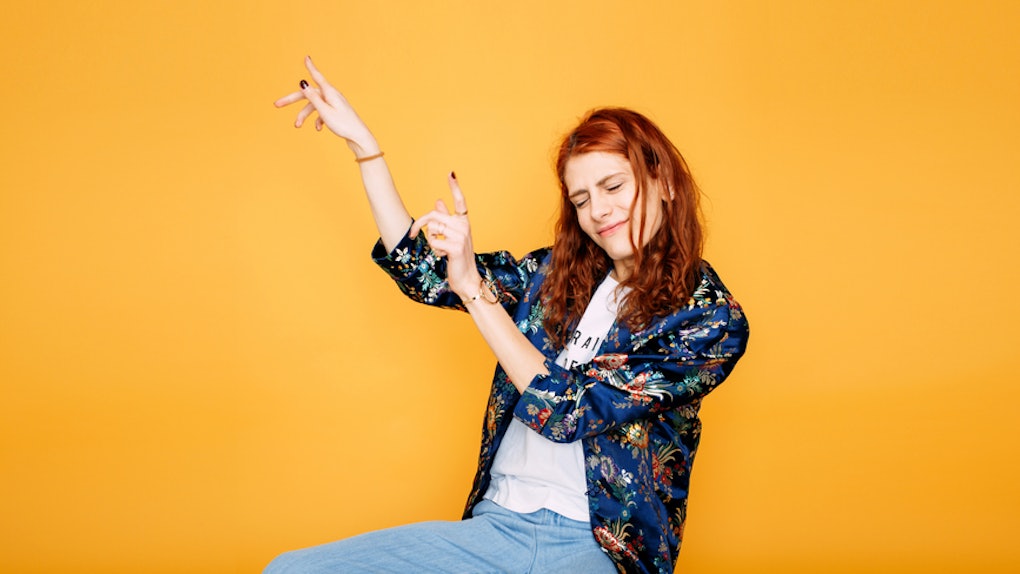 Whenever a sarcastic girl opens her mouth, she knows what she's up against. Either someone is going to be completely shocked by her word choices or it's time to cue the violins because someone's feelings got hurt. One overlooked quality of the sarcastic girl is that she is being so honest, but it can also be incredibly blunt.

Now, would you want someone that is always dishonest with you but never ruffles your feathers or a person who speaks the truth in an upfront way? Sarcasm shouldn't be seen as a totally disheartening thing. Underneath all of that comic relief and wisecracks, there is handy advice if you listen closely.

You have to have a little bit of emotional intelligence to befriend a merciless sarcastic girl, because not everything she says is doused in rainbows and butterflies. She's not rude, though. She's just being real and you'd do a disservice to yourself and her if you didn't dig a little deeper to what her slightly snarky, but truthful mouth was saying. It's easy to discredit a sarcastic girls opinion, but there are so many times when she should be applauded for her candor instead of being asked to apologize for something she's not sorry for.

1. When She Gets Real About Who You're Dating

If you are feeling iffy about someone that you are dating, you might want the sarcastic girl to weigh-in. She has likely already caught on to the weird vibe. For some people though, they repel the sarcastic girl's critique about who they're dating because they fear they'll hear something they don't want to.

2. When She Says She Doesn't Like Someone, But Isn't Kidding

To believe that you are automatically going to get along with everyone is a fairy tale. People are dishonest about not liking people, but not the sarcastic girl. You might initially think she is being rude, but then admire the way she owns it. And just because she doesn't like someone, doesn't mean she is being mean. She's stating facts.

3. When She Tells You You're Being Dramatic

No one likes to be told that they are being too extra in the emotional department. You've likely heard that you were being too dramatic from your sarcastic friend and thought: damn, that's mean. But you have to consider how laid back and carefree the sarcastic girl is and on her scale you belong on a stage somewhere for all your dramatics.

4. When She Tells You That You're Wrong About Something

Hearing that you're wrong will never go over well, especially if you're passionate about your reasoning. The sarcastic girl isn't just saying you're wrong to say it. You ask for honesty when giving your perspective and as much as you may not be used to getting it, she'll give it to you straight.

5. When You Ask Her What She Thinks About Your Outfit

You never expect someone to really be honest about an outfit you compiled. You might be used to posing the question about how you look and everyone in the room approving what you've got on. You can always find a real friend in the sarcastic girl because if something seems out of place, she's gonna tell you about it.

6. When She Tells You Something Isn't A Big Deal

When you're stressing about something that you shouldn't be, the last thing that you want to hear is that it's not a big deal. You don't want to accept that you've wasted this energy of worrying on a situation. Think about it—the sarcastic girl can't be completely wrong for telling you not to agonizingly pile yourself in stress over a little thing.

7. When She Gives You A Hard "No" To A Person You Suggests She Date

Your sarcastic friend doesn't say no to all of your choices, but when it comes to dating, her sarcastic senses and candor are in high gears. Yeah, you're her friend, but that doesn't mean she has to immediately hop on every opportunity you think is her "happily ever after". You should appreciate that she is analytical in this sense.

Once you stop perceiving a sarcastic girl's sarcasm as a weapon, you get to the real gems. She's honest as hell and you really just have to listen to receive it.

More like this
65 WhatsApp Group Names For Siblings That Are Fam-tastic
By Rachel Chapman
The 3 Most Shy Zodiac Signs Need A Lot Of Space To Decompress
By Chelsea Jackson
The Mythical Creature You Are, According To Your Zodiac Sign
By Roya Backlund
Stay up to date