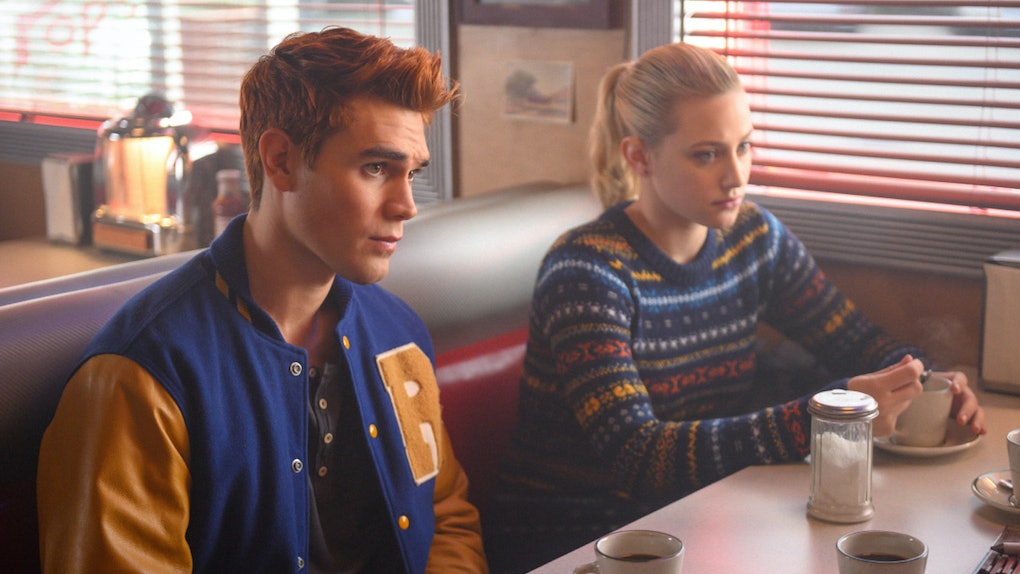 The third season of Riverdale aired its finale just a month ago, but fans can already start counting down the days to new episodes because the CW just revealed when Season 4 will be premiering. The best news of all is that Season 4 marks the earliest premiere date ever for Riverdale, so viewers will get to jump back into all the twisty drama sooner than ever. The Riverdale Season 4 premiere date is coming in less than four months, so get ready for more Archie, Betty, Veronica, and Jughead soon.

The CW has just revealed its fall scheduling for the end of 2019, including the return date for Rivedale. The steamy teen drama's fourth season will officially premiere on Wednesday, Oct. 9 at 8 p.m. ET on the CW. The date mirrors the early-October premiere dates of both Seasons 2 and 3 of Riverdale, although it is just slightly the earliest premiere date yet for the show. The announcement also included the reveal that Riverdale will be sharing Wednesday nights with the brand new CW series Nancy Drew, which will premiere directly after the Riverdale Season 4 premiere. The pairing makes sense given that Nancy Drew is another noir-inspired teen drama, which seems to have taken a lot of inspiration from Riverdale.

While the CW did announce premiere dates for many of the network's new shows, we still do not have a premiere date for Riverdale's upcoming spinoff series Katy Keene. The New York-based, musical series is getting a midseason premiere, meaning that it will debut either at the very end of 2019 or at the beginning of 2020, so the CW will be announcing a specific premiere date later on. As Riverdale fans know, Katy Keene is the reason for one of the big changes to Riverdale Season 4: the character of Josie McCoy will no longer appear on Riverdale and will instead be a lead on Katy Keene.

Although Riverdale's other spinoff series Chilling Adventures of Sabrina has not yet announced a premiere date for its second season, the new installment of the witchy series is expected to drop on Netflix shortly after Riverdale's Season 4 premiere. Fans think the show will mirror its series debut by aiming for a premiere around Halloween.

As for Season 4 of Riverdale itself, fans have a lot to look forwards to after the twist-filled Season 3 finale. Spoiler alert: Don't read on if you have not finished watching Riverdale Season 3. Shockingly, the last episode included a flash-forward that seemed to suggest Jughead had died, so that will definitely be the major mystery of the new season. If that was not enough, Betty and Jughead unexpectedly met their long-lost brother Charles Smith, who revealed he's an FBI agent who has been working with Alice to infiltrate The Farm. Oh yeah, and Cheryl is talking to her brother's corpse, Hiram hatched a mysterious revenge scheme in prison, and the show's main villain Penelope Blossom is still out there somewhere. Clearly, there are a ton of questions that the Season 4 premiere will need to answer when it airs on Wednesday, Oct. 9.