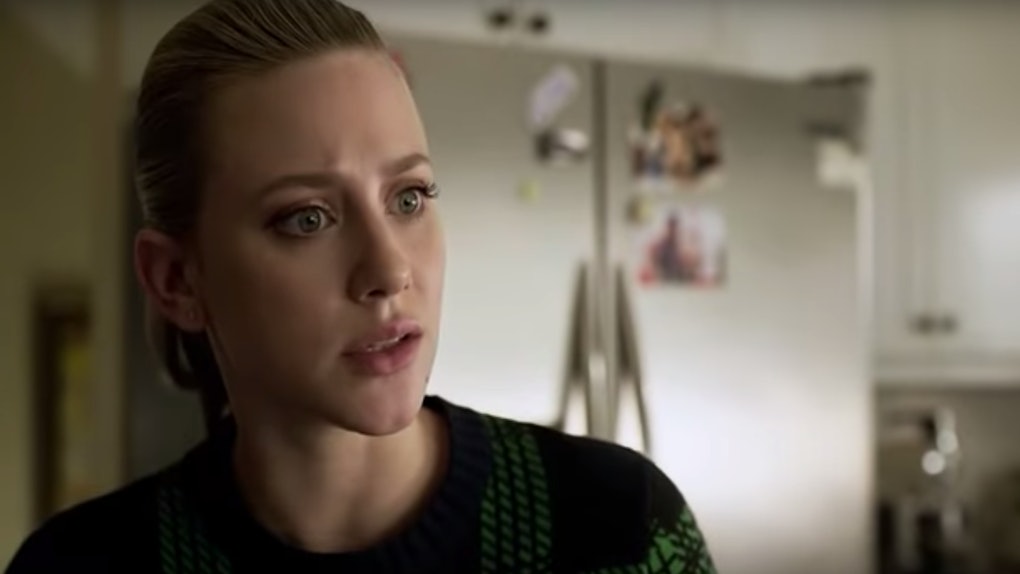 Riverdale is bringing out all the stops for its upcoming mid-season finale. There have been some ominous storylines at play throughout Season 4 so far, but the upcoming episode might feature the most captivating (and bizarre) moments yet. According to the Riverdale Season 4, Episode 9 promo, Betty (Lili Reinhart) in particular, is going to be in some serious danger, while the rest of the town's teens will face some pretty intense moments of their own.

Warning: This post contains spoilers for Riverdale Season 4, Episode 8. Last episode, a school counselor (Gina Torres) showed up to provide some much-needed advice to Riverdale's high schoolers and explored some major tension between Betty and her mother. Long story short, Betty and her mother had a lot of stuff to work through, but by the end of it all, it seemed they came out stronger than ever. However, it looks like things are going to take a freaky turn for the pair next week, to the point where Betty's mom is, for some reason, going to come at her with a kitchen knife.

The teaser only clocks in at 21 seconds, which, TBH, doesn't provide a lot of content to preview such a major episode. But rest assured, there will be more to the plot than Betty's scary run-in with her mom. Check out the full episode synopsis to see what all the characters will be up to in the mid-season finale:

After declaring war on Hiram, Veronica enlists a secret weapon against her father — her Abuelita. Archie and FP team up to take Dodger down for good, while Betty and Charles investigate a series of strange attacks aimed at Betty. Elsewhere, Jughead’s search for his grandpa, Forsythe Pendleton Jones I, leads to more questions than answers, while Cheryl finally makes peace with the past that’s been haunting her.

Though the whole Betty thing is probably going to bring up even more questions from fans, it looks the mid-season finale will finally provide answers about Jughead's looming disappearance, which has been teased flash-forward style in the Season 3 finale and various Season 4 episodes. Also, Jughead's grandpa, Forsythe Pendleton Jones I (Timothy Webber), will finally show up, but it's unclear whether his appearance will be good news or bad for Jug.

On a more positive character note, it seems like Cheryl will finally (hopefully) let go of Jason's corpse. Watching her talk to his dead body for the majority of this season has been unsettling, to say the least, so Cheryl saying one last goodbye to her brother could be a very positive turn of events.