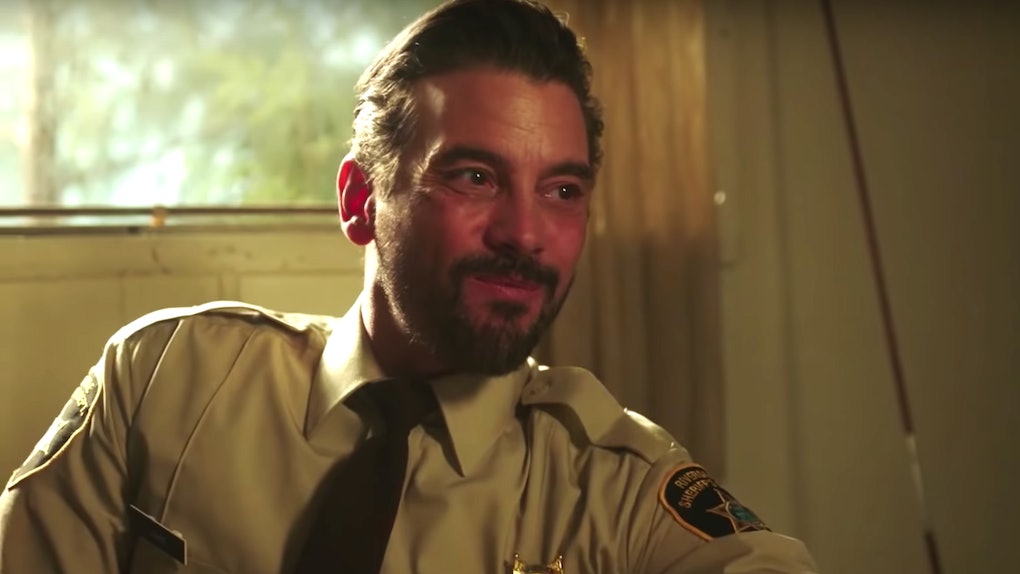 After a wild new episode this week, it looks like Riverdale is finally going to give fans an update on the adult romances in town after largely ignoring the budding Alice-F.P. affair for the bulk of Season 3. The teaser for next week's episode reveals that F.P. is going to be forced to choose between his estranged wife Gladys and his newly rekindled flame, Alice. The Riverdale Season 3 Episode 15 promo also teases a bloody death-match with Archie at the center, and a deeper dive into the mysterious Gryphons and Gargoyles game.

Riverdale fans were able to clock the chemistry between F.P. Jones and Alice Cooper pretty early on in the series, and the characters finally confirmed their romantic backstory together towards the end of Season 2. Alice had a fling with F.P. in high school, which resulted in a secret baby named Charles Smith that Alice left in the care of the Sisters of Quiet Mercy. Alice chose to pursue Hal Cooper instead of F.P., though, but their feelings for one another remained apparent. When it was becoming clear that Hal was actually a deranged serial killer, Alice grew closer to F.P. and revealed the truth about their son.

In this season, we have seen Alice and F.P. hooking up with each other occasionally, but Alice has recently become so focused on The Farm that we have not seen her deal with the fact that F.P.'s estranged wife Gladys Jones is back in town and living with him. The F.P.-Alice-Gladys love triangle is finally going to come to a head next week, though, as the new promo trailer reveals. Check it out below:

Although Riverdale fans know that F.P. and Alice have wild chemistry, the choice is not really a simple one for F.P. Alice is completely brainwashed by her new cult at this point, and F.P. has always seemed to want to have his whole family back together again. Then again, Gladys is basically running the Serpents now while also swindling the Lodges, putting her in a pretty precarious position.

That is not all that we see in this new promo. The clip also reveals that Archie is going to stage some sort of all-challengers-accepted boxing tournament in order to put an end to the Gargoyle Gang's hit out on him. Spoiler alert from Riverdale Season 3 Episode 14, "Fire Walk with Me." In the most recent episode, Archie discovered that the Gargoyle Gang was sending people out to kill him, and he and Jughead decided to try to find a way to bring an end to it all. This boxing match seems to be the answer they came up with — inviting anyone who is possibly sent to kill Archie to take their best shot.

The clip also introduces a few new characters playing a game of Gryphons and Gargoyles, as Jughead reveals he is diving even further into what the game is really all about. Hopefully, this new group is the key to understanding how the tabletop game is connected to the Gargoyle King and somehow also to the town of Riverdale.

Riverdale's next episode, "American Dreams," will air on Wednesday, March 13 at 8 p.m. ET on the CW.