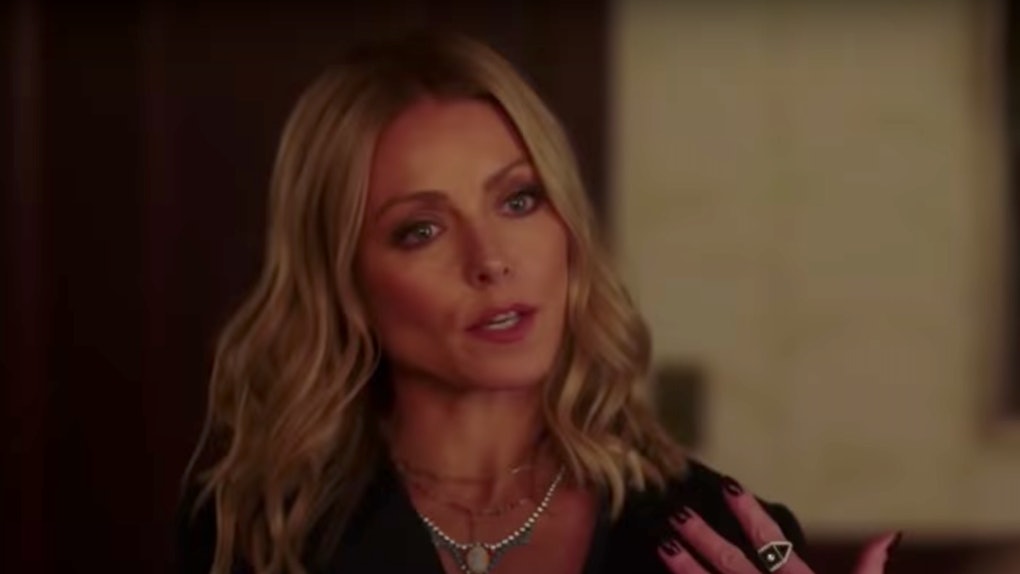 There is officially a new murder mystery taking over Riverdale after Wednesday night's twist-filled episode, and next week's new episode will be all about getting to the bottom of it. With the Gargoyle King unmasked, everyone is now trying to figure out who could have shot Hiram Lodge. The surprise death (or near-death) scene has fans going over a ton of suspects, and it looks like we will get our answers in next week's episode. The Riverdale Season 3 Episode 11 promo trailer introduces Kelly Ripa's new character into the mix, and it also heavily hints at who Hiram's mysterious shooter probably was.

Spoiler alert: This post will contain details from Riverdale Season 3 Episode 10, "The Stranger." On this Wednesday's latest episode of Riverdale, viewers found out that Archie did not die from that bear attack (did anyone really think he was going to die?) as he returned to town a changed man. Unfortunately, this changed Archie just doesn't seem to fit into Riverdale like he used to, and he frustratingly abandons his schoolwork, his friends, and breaks up with his girlfriend Veronica, instead turning his room into a barebones cell where he can practice his boxing all day. Meanwhile, Betty finds herself surprisingly growing closer with her locked-up serial killer father after her mother donates her college fund to her cult, and Jughead's plan to capture the Gargoyle King works and he finds out that it has been Tall Boy under the mask.

But the biggest twist came towards the end, when Hiram Lodge is mysteriously shot in the chest while pacing in his office. With someone as hated as Hiram, there are so many suspects as to who could have done this, but the trailer for next week's episode seems to make clear who was really behind the shooting.

The promo trailer for Episode 11, entitled "The Red Dahlia," shows Jughead straight-up confronting Hermione and asking her "Did you shoot your husband?" The trailer also introduces Kelly Ripa's new character, Mrs. Mulwray, who has been revealed to be Hiram's mistress and has been shown holding a gun in previous clips and stills. In the teaser, Mrs. Mulwray tells Jughead "I do a job, I get paid for it," which transitions into Jughead holding Hermione's "glambergé egg" that Cheryl and Toni stole a couple episodes ago. Let's just ignore that Veronica supposedly smashed the egg when she returned it to her father, I guess. Anyway, these scenes seem to paint a pretty clear picture: Hermione Lodge used her "glambergé egg" to pay Mrs. Mulwray to shoot Hiram.

Check out the full episode trailer below:

The promo trailer also includes a ton of other little teases and clues about what is coming our way next week. It looks like Archie will turn to Josie to help him wrestle with his demons (new couple, perhaps!?), and Betty will confront Penelope Blossom while continuing to grow closer to her imprisoned father. Jughead tries to keep his dad, now the newly appointed sheriff, from walking into a trap, and most alarmingly, we see Archie point a gun at Hiram's unconscious body in his hospital bed.