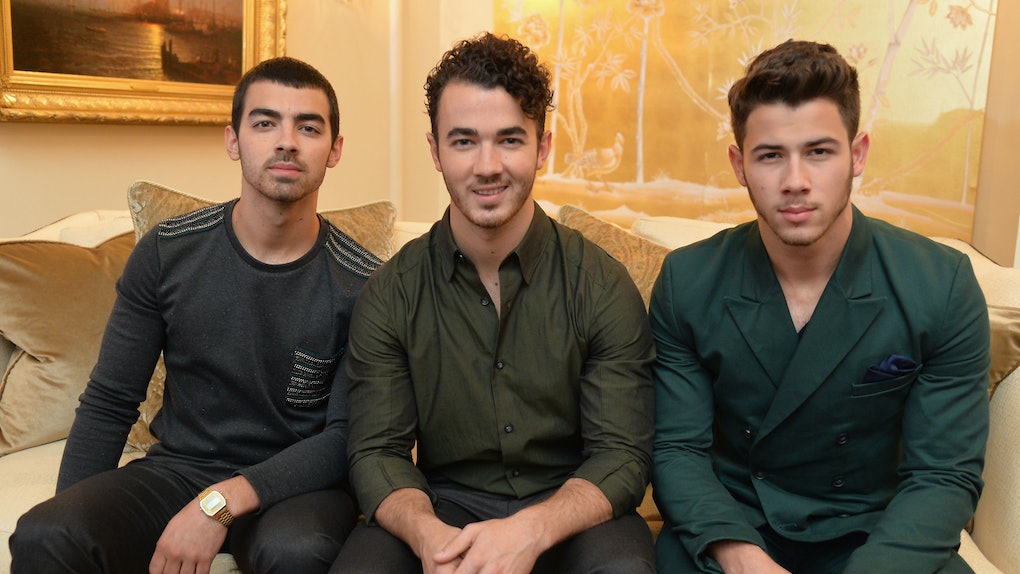 The Jonas Brothers may be back on the music scene, but it’s taken them quite a long time to get there. In a new interview with Billboard, all three brothers — Nick, Kevin, and Joe — opened up about what it was like to finally reunite after five years apart. Nick, in particular, elaborated on why he was so keen on making a comeback with his brothers work. The reason Nick Jonas wanted to reunite with the Jonas Brothers will definitely warm your heart.

During the interview, all three Jonas Brothers talked openly about disbanding in 2013 and how finding themselves outside the group helped them reunite in the end. Apparently, the brothers weren’t exactly getting along when they decided to put the Jonas Brothers on hold indefinitely.

“We all wanted to create something on our own and were just trying to force it into what was going on. We were going through the motions, without the heart of it,” Joe said of the days leading up to their disbandment in 2013. “The way we communicated to each other wasn’t healthy anymore.”

Now that they’re back together, though, Nick feels reassured that things are going to go smoothly.

“It feels like the second bite of the apple is potentially going to be even bigger because we’re in a healthy place, we’re enjoying the ride. And I think the music is a reflection of that,” Nick explained.

Nick, perhaps, felt the breaking up of the Jonas Brothers more than his siblings, if only because he missed performing with them so much. According to the interview with Billboard, the main reason he wanted to reunite with his brothers was because the magic of performing just wasn’t quite there without them.

“There’s a different magic when we’re together that I wasn’t experiencing,” Nick told Billboard. “So I started sprinkling some Jonas Brothers songs into my set, but always thought, ‘This would be a lot better with the other Jonas Brothers.’”

Nick was obviously missing his brothers and that makes a lot of sense since he literally grew up with them performing by his side. They were there through all the hard work, the rise to fame, and everything in between. So, of course, he’d miss having his brothers with him while performing.

Thankfully, the Jonas Brothers were able to set aside any differences they had and create some awesome new music. But that wasn’t without effort. Part of getting back in the swing of things was creating a documentary that’s due out later this year.

“The documentary was a way for us to figure out what we wanted to say and who we wanted to be in this new chapter,” Nick said.

According to Billboard, the documentary allowed the brothers to express their full range of emotions in a safe and healthy way. I’m sure fans are anxious to see all that unfold, but they’ll just have to wait until the documentary hits Amazon.

In the meantime, they can just sit back, relax, and listen to the Jonas Brothers’ new music on repeat. Oh, and count the days until June 7 when their new album comes out!