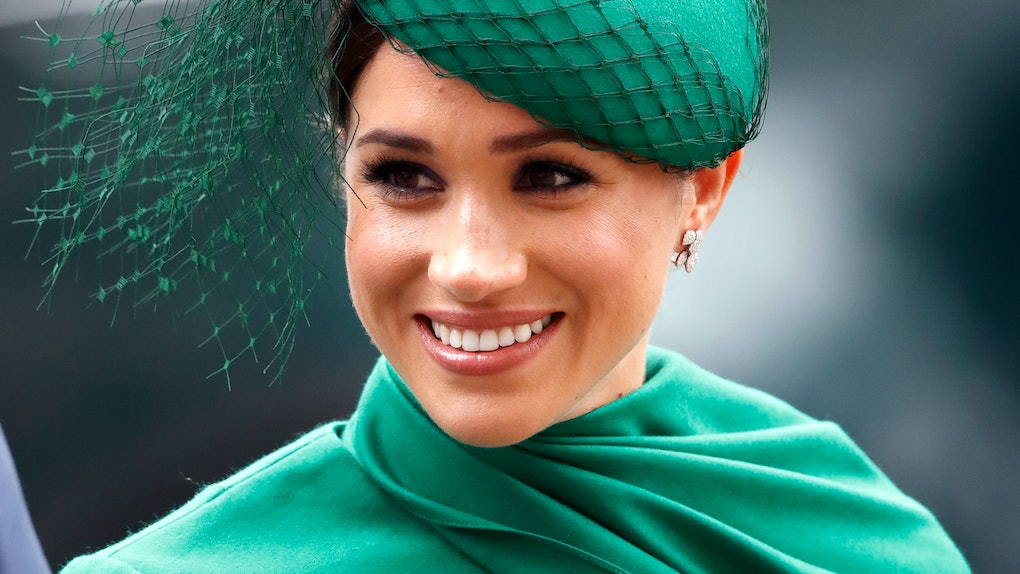 The Racism Meghan Faced As A Royal Was So Awful, According To 'Finding Freedom'

Finding Freedom is the book everyone is talking about, and with good reason. The biographical novel surrounding Prince Harry and Meghan Markle's life is bringing fans closer than ever to the couple's lives, and it's packed with brand new info about the couple's lives as royals. While many positive aspects of the couple's life were highlighted, their hardest moments were exposed as well. These details about the reported racism Meghan faced as a royal from Finding Freedom will leave you feeling angry.

Meghan is a biracial woman (her mother, Doria Ragland, is Black, and her father, Thomas Markle, is white), and she's been open in the past about finding her confidence in it. "While my mixed heritage may have created a grey area surrounding my self-identification, keeping me with a foot on both sides of the fence, I have come to embrace that," she told Elle in July 2015. "To say who I am, to share where I'm from, to voice my pride in being a strong, confident mixed-race woman," she shared.

When Meghan was thrust into the spotlight after wedding Harry in May 2018, her race became a huge topic of discussion and Meghan was on the receiving end of numerous ugly tabloid stories painting her out as a villain for senseless reasons, like holding her baby bump. Ultimately, Meghan and Harry announced they were stepping back from their senior royal duties in January 2020, but the exact reason why was unclear. Now, with the release of Finding Freedom, more details about the reported racism Meghan faced as a royal are coming to light. Elite Daily reached out to the Palace for comment, but did not hear back by the time of publication.

One of the instances authors Omid Scobie and Carolyn Durand wrote about dates back to the Buckingham Palace Christmas lunch in 2017. Meghan attended the event to meet Harry's family, but was thrown off when Princess Michael of Kent turned up wearing a racist blackamoor brooch.

"When it comes to royal fashion, much thought goes into every detail, Scobie and Durand wrote. "Princess Michael's choice of brooch could have simply been a mistake, but in the back of Meghan's mind, she wondered if there wasn't a message being sent in the pin of the torso of an African man wearing a gold turban and ornate clothing."

The book also reflected on the time a picture of Meghan wearing black nail polish at the British Fashion Council awards had to be taken down from the council's Instagram page due to an influx of racist comments. "It was open season on Meghan,” the book said of the incident.

Scobie and Durand also asserted that racism is alive and well in the U.K. with the idea that being "British" is often associated with being white. "The idea of a non-white person moving into the House of Windsor ruffled feathers,” the book claimed.

The racism toward Meghan got so bad, it just may have been a factor in her and Harry's decision to leave the U.K. "Race did play a role," Scobie claimed in an Aug. 10 interview with Good Morning America about the book.