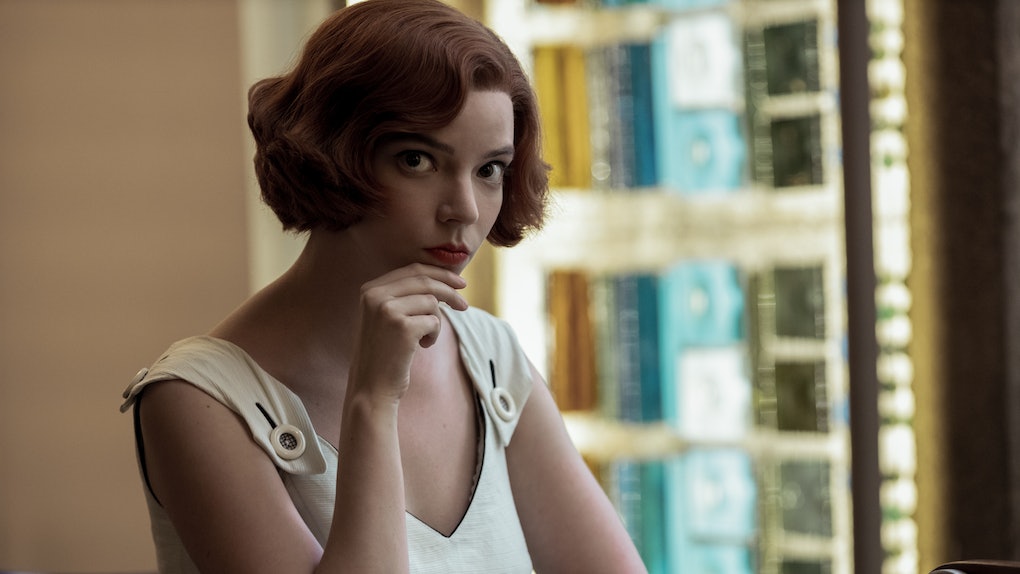 ‘The Queen’s Gambit’ Isn’t Based On A True Story, But It Is Based On A Book

Anya Taylor-Joy has been having a big 2020. The critical darling Emma, in which she played the title role, was one of the last films to hit theaters before shutdowns due to the coronavirus pandemic. Her long-awaited turn in The New Mutants was the first major film to open theaters when the shutdowns were lifted. Now, she's starring in one of Netflix's most significant releases of the year, The Queen's Gambit. While the show isn't based on a true story, no matter how realistic it may seem, it is inspired by a very real book.

Chess is not usually what comes to mind when people think of sport. But The Queen's Gambit is nevertheless a sports series, tracing the rise of Taylor-Joy's character Beth Harmon from her earliest days as a child chess prodigy to her conquering the Grand Master circuit as an adult. The miniseries has many hallmarks of a show that would be based ona. true story: It has breathtaking (and surprisingly accurate) chess games, edited for maximum edge-of-your-seat thrills. It has Beth's experiences with substance use disorders. And it has the patriarchal sexism of the chess world.

It's no wonder fans would start googling Elizabeth Harmon, wondering why they've never heard of her. But the truth is, she never existed.

The Queen's Gambit is based on the novel of the same name, written by Walter Tevis in the last year before he died in 1984. Three of his other books were already made into major motion pictures, including The Hustler and its sequel, The Color of Money, both of which starred Paul Newman. His other novel to be adapted for the big screen was The Man Who Fell to Earth; it famously starred David Bowie in the title role.

Published in 1983, The Queen's Gambit is something of a cult novel. It's not one that's easy to classify, since it ranges from a coming-of-age tale to a sports thriller to a portrait of addiction, all while wrestling with how society views women geniuses. Tevis himself was a chess player, though never at the professional levels. But he studied the game for decades, and his knowledge of that world grounds the novel in reality.

The story's arrival on Netflix comes after decades of Hollywood attempting to bring the story to either the big or small screen. Hopefully, fans will appreciate the play.