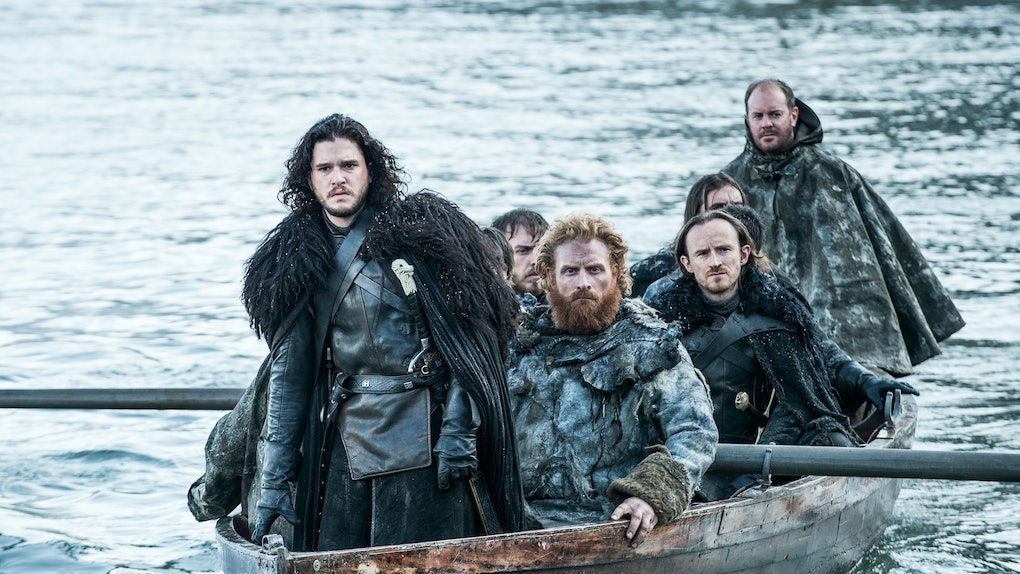 The Night King May Not Be In The 'Game Of Thrones' Season 8 Premiere, Here's What That Means

The first details from the Game of Thrones Season 8 premiere are starting to emerge, and the surprises keep on coming. Whatever else the showrunners can say about the final season, they can congratulate themselves on finally getting the spoiler mill under control. For the first time in the show's history, those tuning in have little to no idea what's coming for the final episodes. This lack of information makes the cast list for the first installment far more unexpected, including the idea the Night King may not be in the Game Of Thrones Season 8 premiere.

Earlier this week, I looked over the cast list, with an eye towards which unexpected names would be turning up for the season premiere. The usual A-lister suspects were all there, from Peter Dinklage (Tyrion) to Emilia Clarke (Daenerys). Some of the supporting players were a welcome sight, including Kristofer Hivju (Tormund) and Richard Dormer (Beric). The series tried to suggest their survival was in question, but fans knew better, and here was proof.

The minor names were all present and accounted for too, from Bella Ramsey (the popular Lyanna Mormont) to Staz Nair (Qhono, one of the few named Dothraki still rockin'.) Also, the big surprises like Tobias Menzies (Edmure) and Lino Facioli (Robin) suggested unexpected political angles would crop up.

However, there's one name missing, and it's a name viewers might not think to look for: Vladimir Furdik, aka The Night King.

It may seem a little strange most fans don't know the name of the actor playing the biggest villain in Westeros, but Furdik wound up in the role a little bit rump-over-kettle. He's a professional stuntman and the show's stunt coordinator. At least, he was until Season 5 Episode 8, when he was suited up in blue and gray, and his face covered with the Night King's prosthetics for the filming of the Massacre at Hardhome, the show's most significant action-and-stunt work scene to date at the time.

Since then, he's become arguably the most famous face associated with the show, although he rarely does interviews, and no one ever recognizes him on the red carpet. Most fans don't remember him when they think of the cast, so it's not surprising the absence of his name on the Season 8 premiere cast list didn't initially raise a red flag.

Vladimir Furdik is not listed. So really, no Night King?

To be clear, this is not a 100% sure thing. The show could do a quick flyover of the Army of the Dead trudging through the snow, with a digitized Viserion and Night King flying overhead. It would be much like the Season 7 premiere, where a scene showed the Night King's Army on the move, but only for a minute long clip.

What it does suggest is the series plans to let the Night King and his Horde linger in the background. Once again, the Army of the Dead will be a threat slowly heading the way of Winterfell, while everyone gathered within politically jockeys for position one more time.

More like this
This 2021 'Game Of Thrones' Season 8 Trailer Is So Confusing... & So Good
By Ani Bundel
'Stranger Things' Season 4: Cast, Premiere Date, Trailer, & More Info
By Ani Bundel
What Happened To June In 'The Handmaid's Tale' Season 3? Here's A Recap
By Ani Bundel
Stay up to date