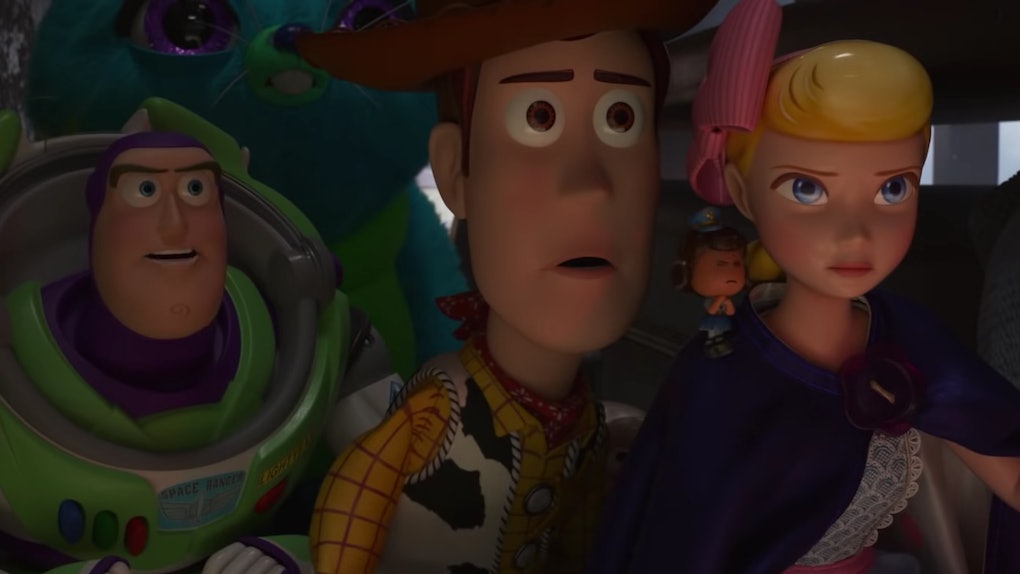 Disney seems to have nostalgia fever right now. Between this year's remakes of Dumbo, Aladdin, and The Lion King, Disney fans all around the world are getting the chance to fully relive their childhoods in movie theaters. On top of the all the live-action versions of animated classics, Disney fans are also getting one more trip down memory lane in the form of the next Toy Story movie. Toy Story 4 is set to premiere this summer. But until then, the new Toy Story 4 TV spot is here to make your inner child happy.

Woody has always been confident about his place in the world and that his priority is taking care of his kid, whether that’s Andy or Bonnie. But when Bonnie adds a reluctant new toy called ‘Forky’ to her room, a road trip adventure alongside old and new friends will show Woody how big the world can be for a toy.”

You can check out the new Toy Story 4 TV spot below:

The TV spot takes on a decidedly action-movie tone, with lots of loud noises and the main characters sliding into battle mode. There's also a clear enemy working against the beloved toys: a vicious – and photorealistic – cat. In a scene as violent as the ones in the goriest horror movies, Woody, Buzz, and friends watch the cat tear apart a stuffed animal and let "so much fluff" spill.

While the cat is a scary sight for the toys, fans watching the trailer were preoccupied by how lifelike the CGI animation on the cat looks. Fans took to Twitter to voice their amazement:

In addition to the new trailer, Disney also released the official poster for Toy Story 4. It features Woody, Buzz, and Little Bo Peep all looking as fierce as ever.

Last September, Allen talked to ET Canada about the heavy emotions of recording Buzz's lines for Toy Story 4. In particular, he told fans to prepare themselves for a lot of feelings about the movie's end. He said:

It is so emotional; it's so funny; it's so big. The idea they've come up with, I'm startled. [Toy Story 3] was, I thought, amazing. This, I couldn't even get through the last scene. They've got great characters but a couple of scenes toward the end were really hard to get through.

You can catch all the adventure and emotional goodbyes when Toy Story 4 hits theaters on June 21.

More like this
8 Disney-Themed Charcuterie Board Ideas To Add Some Pixie Dust To Your Movie Night
By Rachel Chapman
This Video Of Disneyland's Marvel's Avengers Campus Is Super
By Cianna Garrison
Emma Stone's 'Cruella': Premiere Date, Trailer, Cast, Plot, & More
By Abby Monteil and Dylan Kickham
Stay up to date