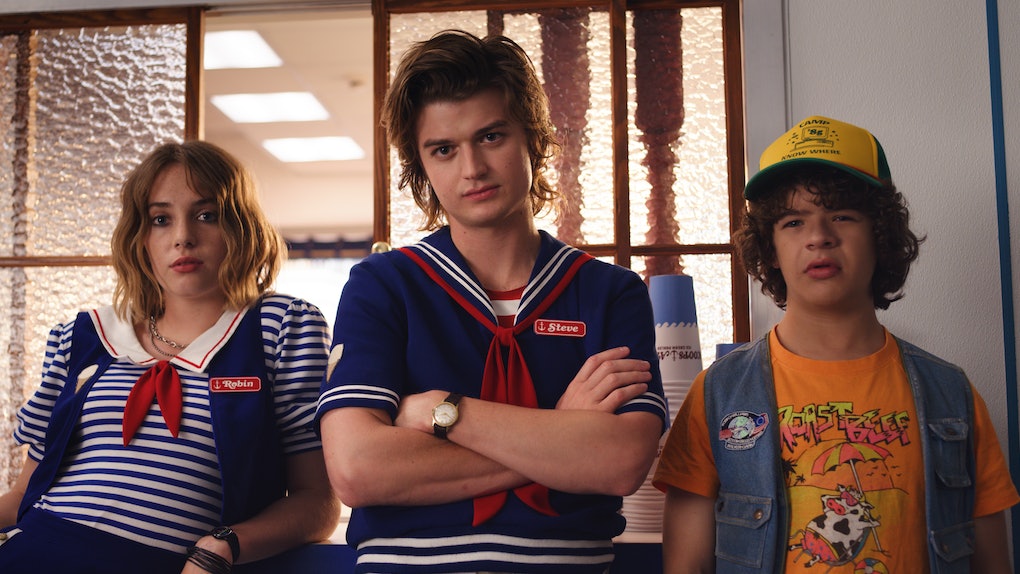 Stranger Things Season 3 has been very careful about keeping any sort of plot details under wraps. With less than three weeks until the show arrives on July 4, there's been all of one trailer, which gave very little away at all. Everything else has either been odd clips of Billy lifeguarding or promotional clips for 1980s era products. That continues this week with the new Stranger Things Season 3 clip that once again focuses on the new season falling during the curious era of New Coke.

For those who aren't students of sugary snacks history, the period between April-July 1985 was the "New Coke Era." During this time, the Coca-cola company switched out the 99-year old soft drink the public knew and loved for a retooled formula, out of a misguided fear Pepsi was taking over the market.

The experiment lasted for all of 101 days, with New Coke getting pulled from the shelves and replaced with "Coca-Cola Classic" on July 11, 1985, after a countrywide protest against the new product. With the new season of Stranger Things set all of one week before New Coke was pulled from the market, the commercials have been playing with references to this tiny sliver of history. Check out the latest ad, and clip:

The "Coca Cola is here" jingle may not be on par with the famous 1970s "I'd like the buy the world a Coke" song, but it was the soundtrack to the soda's marketing campaigns in the 1980s. It's actually more famous as the background jingle of the post-New Coke campaign when it became the soothing sound reminding soft drink buyers it was safe to come back with the return of Coca-Cola Classic.

But as the strains playing over Steve Harrington's usual "New Coke and Popcorn" purchase, it works well, reminding Netflix audiences that it's all going to be OK, Stranger Things is here.

All that being said, though the spot is cute and plays to the "Steve and Dustin bromance" crowd, once again, there's nearly nothing being given away as part of this clip. Though it's nice to have confirmation that Steve and Dustin are still going strong and that Steve is still working on trying to get his friend to take fashion tips, this isn't anything fans couldn't have guessed from the promotional images. The same goes for the other clips of the main characters, from Caleb and Max to Eleven and Mike, nothing here is new.

The closest to any sort of hint of what's to come centers once again on the Starcourt Mall. Hawkin's newest structure seems to be tied to the Upside Down, either via the location or some sort of government conspiracy, something fans most likely won't know until the series arrives.

But why the Starcourt Mall is linked to the Upside Down is only one of the mysteries this season. The other is why the show doesn't want the plot to get out in the first place. What is Stranger Things 3 hiding behind this nostalgic veneer?

Fans will find out when Stranger Things 3 arrives on July 4, 2019, on Netflix.