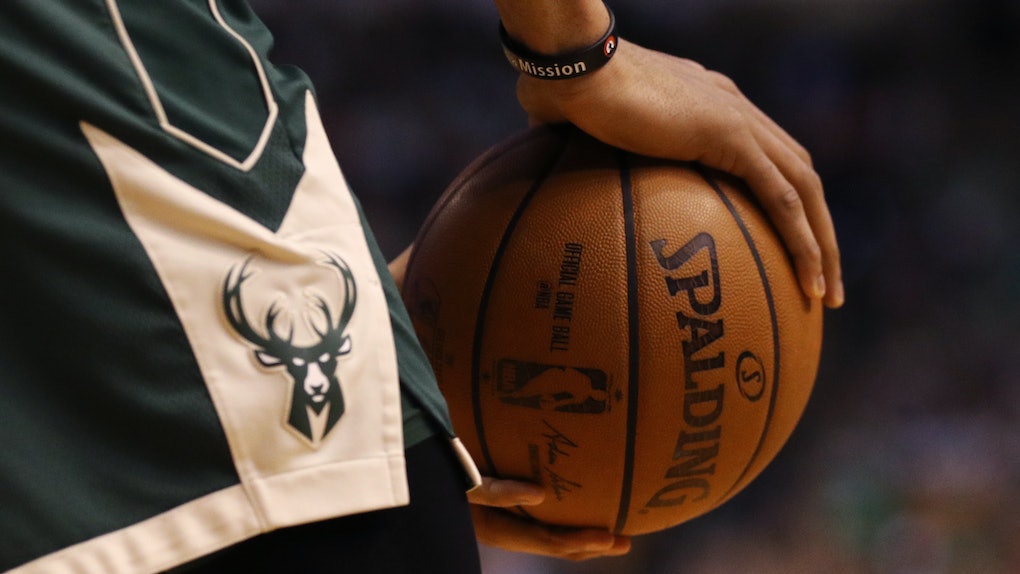 On the same day the NFL introduced a new rule prohibiting players from protesting racism during the playing of the national anthem, the league's action was contrasted by the Milwaukee Bucks' statement on Sterling Brown, an NBA player who had been assaulted by police after being confronted for a parking violation. The video of Brown being tackled to the ground, handcuffed, and Tased was released by Milwaukee police on Wednesday, May 23. Afterwards, the responses from both Brown and his team were specific in noting "racial bias."

Unfortunately, this isn't an isolated case. It shouldn’t require an incident involving a professional athlete to draw attention to the fact that vulnerable people in our communities have experienced similar, and even worse, treatment. We are grateful for the service of many good police officers that courageously protect us, our fans and our city, but racial biases and abuses of power must not be ignored. There needs to be more accountability.

Sterling Brown is a 23-year-old, first-year player. The footage of his arrest was captured by a body camera worn by an officer during the early hours of Jan. 26. Around the eight-minute mark of the recently released video, police can be seen converging on Brown after he was asked to take his hands out of his pocket, taking him down to the pavement in the process.

Shortly after, one officer can be heard repeatedly yelling for a taser. Eight officers ended up at the scene, according to the Milwaukee Journal-Sentinel. During a press conference on Wednesday, Milwaukee police chief Alfonso Morales said officers acted inappropriately. "I am sorry this incident escalated to this level," Morales said, per the Journal-Sentinel.

In a statement of his own, Brown specifically underlined racism. His statement reads,

Situations like mine and worse happen every day in the black community. Being a voice and a face for people who won’t be heard and don’t have the same platform as I have is a responsibility I take seriously. I am speaking for Dontre Hamilton of Milwaukee, Laquan McDonald of Chicago, Stephon Clark of Sacramento, Eric Garner of New York, and the list goes on. These people aren’t able to speak anymore because of unjust actions by those who are supposed to “serve and protect” the people. The common denominator in all of these situations has been racism towards the minority community, the abuse of power, and the lack of accountability for officers involved. The lack of repercussions for the police officers involved in so many of these cases is offensive. This is a slap in the face to the victims’ families and communities.

The release of the police video — and the tone of both the Bucks and Brown's response — stood on the opposite end of the spectrum compared to the NFL's announcement on Wednesday. The league revealed that it will impose fines in response to players who kneel during the playing of the national anthem. Kneeling during the anthem had become a common gesture among players meant to protest police brutality and racism, and was first used by Colin Kaepernick.

"We want people to be respectful of the national anthem," league commissioner Roger Goodell said during a press conference. "We want people to stand — that's all personnel — and make sure they treat this moment in a respectful fashion. That's something we think we owe. [But] we were also very sensitive to give players choices."

The subject of players kneeling had gained an increase in attention after President Donald Trump called for protesting players to be fired. After Wednesday's announcement by the NFL, players criticized the move as one made to appease the president.

On Thursday morning, the president himself responded to the news.

More like this
Lil Nas X Is Going To Hell & He’s Making That Sh*t Gay
By Ciarra Jones
Thomas' English Muffins' Cinnamon Bun Flavor Is A Sweet Breakfast Mashup
By Daffany Chan
Can You Blur Your Zoom Background On Your Phone? Here's The Deal With This Clutch Feature
By Lara Walsh
Stay up to date