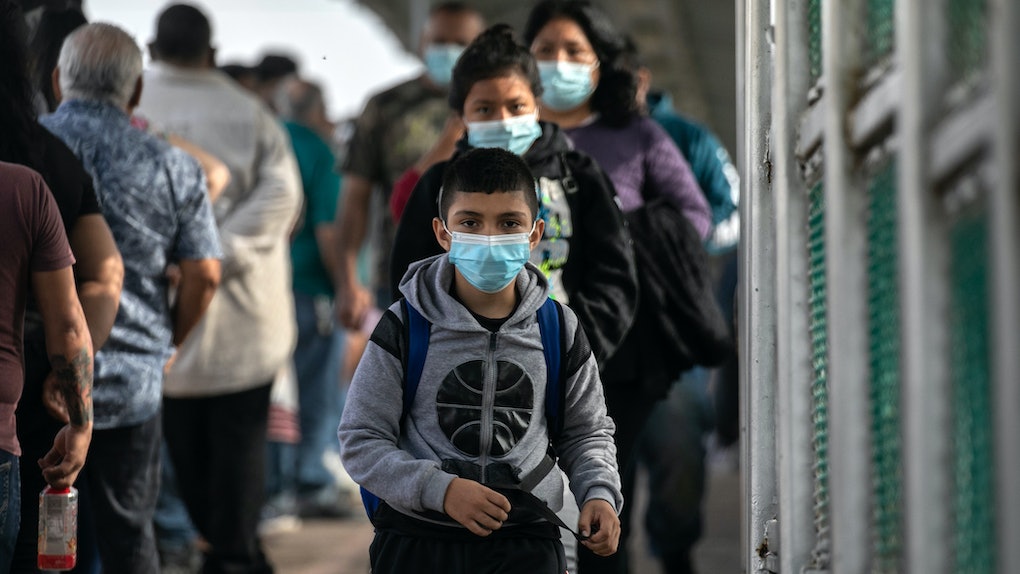 After four years of the Trump administration being widely criticized for a harsh approach to immigration policy, President Joe Biden ran his campaign on the promise to create a more welcoming America for immigrant communities. During his first day in office, Biden seemed to make good on his promise, issuing executive orders that halted border wall construction, defended Deferred Action for Childhood Arrivals (DACA), and more. But nearly two months into the Biden administration, there are still thousands of migrant children in border control custody, and the number is increasing.

Recently, Biden has faced backlash from both sides of the party line for his controversial decision to reopen several temporary shelters for migrant children in late February. According to The New York Times, as of March 8, the number of unaccompanied migrant children in federal custody had tripled over the previous two weeks. As of that date, a record high of over 3,250 children are being held in temporary detention facilities — and the number is rising. After U.S. Immigration and Customs Enforcement (ICE) agents forcibly separated families and detained children in troubling conditions under President Donald Trump, the Biden administration is now facing criticism over the welfare of migrant children in federal custody. The White House and the Department of Health and Human Services (HHS), which oversees custody of unaccompanied migrant children, did not immediately respond to Elite Daily's request for comment on the shelter conditions for migrant children. In a statement, Customs & Border Protection (CBP) called the arrival of unaccompanied children "an important priority" of the Biden administration, and said that the agency's goal was "to ensure that CBP has the continued capability to quickly and efficiently transfer unaccompanied minors after they are apprehended to HHS custody."

Although Biden placed a 100-day moratorium on immigrant deportations on Jan. 20, his administration is still expelling virtually all migrants arriving at the border under Title 42, a section of the Public Health Safety Act allowing the federal government to temporarily block non-citizens from entering the U.S. under pandemic-related restrictions. Unlike Trump, however, the Biden administration is taking in children who arrive unaccompanied at the border, aiming to screen and release them into the United States under the care of a suitable sponsor (usually a family member) in 72 hours, to comply with U.S. law. Now, temporary shelters at the border work more as rapid-processing centers for these migrant children, per The Washington Post.

However, because of the recent surge in immigration, the system is critically strained. Although the Biden administration has reopened temporary detention facilities, shelters are struggling to properly care for children in custody. Per the Times, the more than 3,250 unaccompanied migrant children are being held in jail-like facilities for longer than the three days allowed by law," and 169 of those children are younger than 13 years old. To accommodate the overflow, on March 5 HHS lifted pandemic-related restrictions which had limited the number of children housed in a given space, allowing shelters to operate at 100% capacity, but placing migrant children at a greater risk for spreading COVID-19. In Arizona, one anonymous border agent told the Post about dozens of migrant teens waiting for as long as six days at Border Patrol stations to be transferred. "As a parent with kids, it’s tough to see," the agent said.

This surge is reportedly a result of Biden's more welcoming approach to immigration policy, per the Times — an approach that has predictably triggered criticism from many conservative politicians. After some of Trump's most stringent immigration policies, including those laying the groundwork for family separation, were overturned under the Biden administration, many Central American immigrants fleeing poverty and violence are once again headed to the United States.

"What we are seeing now at the border is the immediate result of the dismantlement of the [previous] system and the time that it takes to rebuild it virtually from scratch," Alejandro Mayorkas, Department of Homeland Security Secretary, said in a March 1 briefing. He said his agency is doing everything it can to release these children as quickly and safely as possible. "It takes time to build out of the depths of cruelty that the administration before us established," he added.

In the meantime, if you want to help immigrant children in U.S. custody, you can donate financial or material resources to non-profit organizations dedicated to advocating for and defending the rights of unaccompanied migrant children and families, like United We Dream, Mijente, and Immigrant Justice Corps.