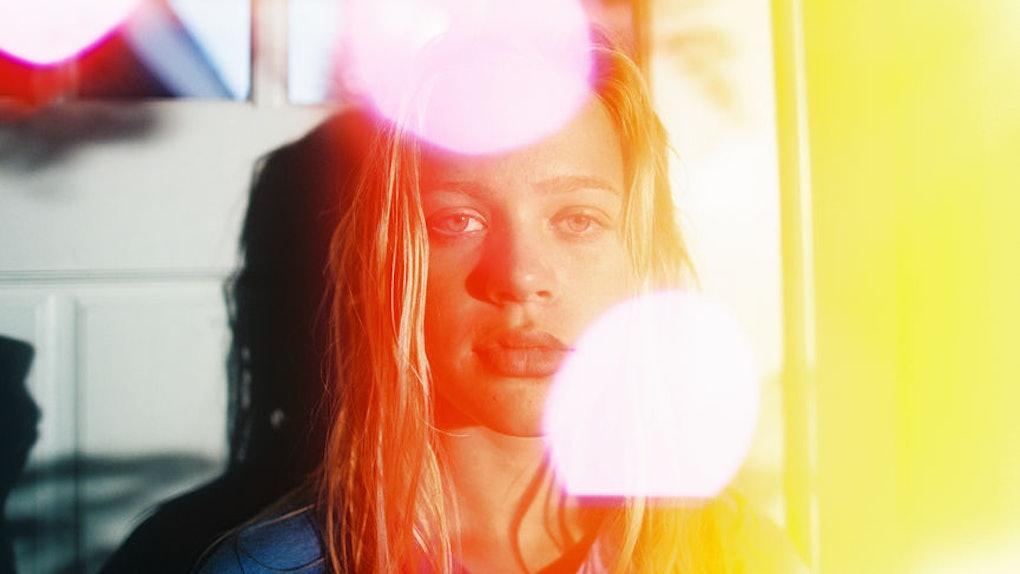 The magic that stems from following my intuition and relying on my instincts never ceases to amaze me. When I was a little girl, my grandmother always told me, "If you don't feel like doing something, don't do it," and interestingly enough, the meaning of Mars in Cancer 2019 reminds me of exactly that. For the record, I know my grandmother's advice might seem a bit discouraging, considering there are some things I have no choice but to follow through with, but it truly goes beyond that. Sometimes feeling reluctant or uncertain about taking action is already enough reason not to do it.

Warrior Mars will wrap up in mercurial Gemini and officially slide into sensitive Cancer on Wednesday, May 15. Are you ready? Because, in case you forgot, according to Cafeastrology.com, Mars is the planet of energy, action, and desire. Meaning, whichever zodiac sign Mars was traveling through upon your exact time of birth can ultimately determine the way you assert yourself, from both a physical and sexual standpoint. However, when referring to an astrological transit, such as Mars entering Cancer, the energy of Mars will affect us collectively, and more specifically, wherever the moon and Cancer are located on your birth chart. For instance, let's say Cancer rules your second house of values; that means this transit will likely provide you with enough energy to make more money.

For those of you wondering how this transit will affect you, take a closer look at your birth chart and see where Cancer (and the moon) are located. In the meantime, however, here's what to expect once Mars slides into domestic Cancer:

As I previously mentioned, Mars is the planet of assertion, sex, and war; it epitomizes the way we take action and fight for the things we desire most. Cancer, on the other hand, couldn't be more different, in the sense that its watery energy is internalized and hypersensitive. However, despite their differences, fiery Mars brings out the best in Cancer, and vise versa.

Cancer is the first water sign in the zodiac, and in my experience, the embodiment of feeling. Ruled by the ever-changing moon, Cancer is highly changeable and yet incredibly nurturing. In astrology, the moon is a symbol of divine femininity, along with our mother and maternal instincts; that's why this water signs emanates sensitivity and nurture.

In Cancer, Mars becomes conscious of that which brings emotional security along with its intuitive instincts. Granted, Cancer's highly sensitive nature can be contradicting to Mars' impulsive personality, but this doesn't take away from its strength. In fact, the fight goes beyond the physical when Mars is in Cancer. Instead, it goes to war for the things we are emotionally invested in and deeply connected to.

IDK about you, but to me, that's scarier than the loudest and most rambunctious warrior out there. (But maybe I'm biased, since I too am a water sign?) Mars in Cancer prefers to tread on familiar territory and in turn will stay true to past traditions and values. Yes, Cancer's cardinal water might very well stifle Mars' fiery nature, but that doesn't mean we can't make the best of this transit.

For instance, domestic activities that involve home improvement ventures, such as remodeling your humble abode and creating a safe haven are right up Mars in Cancer's alley. In intuitive Cancer, Mars will do anything and everything to protect its loved ones. If you and a loved one are in an argument, or at odds about something, this transit is ideal for nurturing the situation with a tender heart.

In the end, this hypersensitive transit will provide us with enough energy to protect and nurture the things we cherish most, asking us to rely on our intuition. On the dark side, however, Mars in Cancer is notorious for being a bit passive aggressive, as it naturally internalizes its anger. Taking action during this time will stem directly from our emotional state, so don't forget to tap into your logical left brain during this time, too.

More like this
The Emotional Meaning Of The April 2021 Full Super Pink Moon Is About Resilience
By Roya Backlund
Lizzo's Birth Chart Explains Her Confidence & Why She's Made For The Spotlight
By Chelsea Jackson
How You Love To Be Spoiled, According To Your Zodiac Sign
By Roya Backlund
Stay up to date