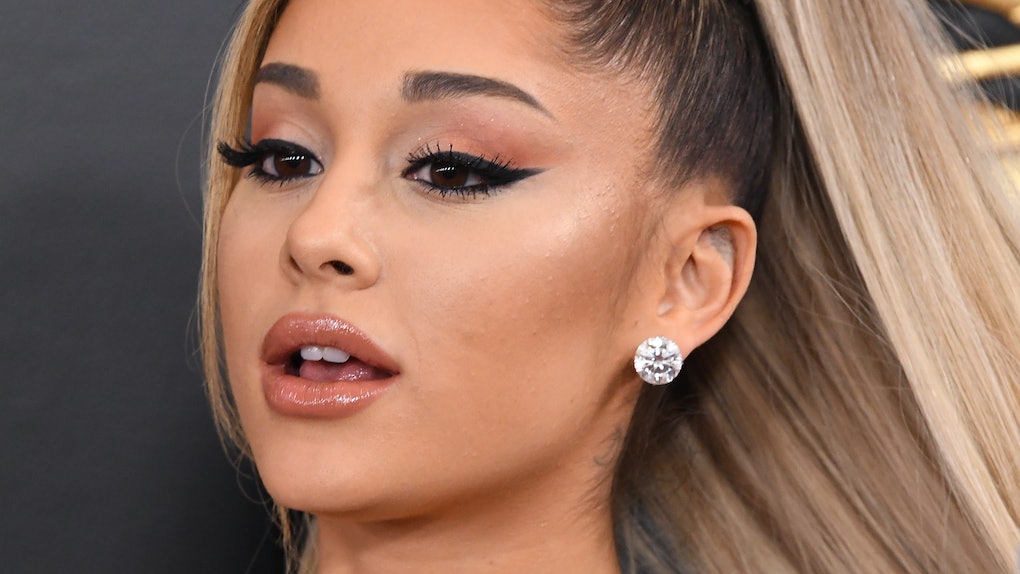 The Meaning Behind Ariana Grande's "My Hair" Is So, So Personal

Ariana Grande's been having an amazing November so far, and we're not even a week into the month. Her new studio album, Positions, is getting tons of love from fans after its Oct. 30 release, and the lead single debuted at No. 1 on the Billboard Hot 100 singles chart. She's doing press again, interacting with her fans, and giving us all some much-needed TLC during the throes of the 2020 U.S. presidential election. As fans dive deeper into Positions, however, they're finding more than just smooth melodies and catchy hooks. Several tracks are standouts and packed to the brim with romantic woes; no story on the album is as compelling and quintessentially her, though, as the meaning behind Ariana Grande's song, "My Hair."

Grande's "My Hair" was inevitably going to become a fan-favorite, since her high-ponytail has practically become a landmark of stan culture over the years. Her hairdo is immediately recognizable to fans, so much so that whenever she decides to switch it up even just a tiny bit, she makes headlines. Nobody could have anticipated the very personal meaning behind the playfully-titled song, however, until she opened up about it in a recent interview on the Zach Sang Show.

"The hair for me is such a guard, character facade type thing, and it has had its own evolution, but it has always been this kind of costume piece," Grande said in her Oct. 30 interview about the signature ponytail look. Instead, she says that "My Hair" is actually about her "real" hair, which she describes as a "curly poof."

Some fans who have followed Grande's career over the past decade are already familiar with her non-ponytail looks — like her engine-red hair from Victorious, or her brown locks from the musical 13 — but rarely does anyone get to see Ariana Grande, the pop star, without her classic up 'do.

"It's who I am privately," Grande said of her poofy "real hair." The reference to this private persona that fans don't get a glimpse at very often makes "My Hair" all the more intimate, and its most soulful moments all the more steamy.

"Usually don't let people touch it / But tonight, you get a pass," Grande sings in the second verse of the track. It's an incredibly loving moment on the album, and a high point in terms of lyrical composition. Stans have no fear, though — the ponytail isn't going anywhere.

More like this
These Tweets Comparing Billie Eilish's 'Happier Than Ever' & Ariana Grande's 'Sweetener' Covers Are A Lot
By Sydney N. Sweeney
These Tweets About The Weeknd & Ariana Grande's "Save Your Tears" Remix Are All About Their Fire Vocals
By Sydney N. Sweeney
ENHYPEN's 'Border: Carnival' Album Invites Fans To Paradise – EXCLUSIVE
By Michele Mendez
Stay up to date