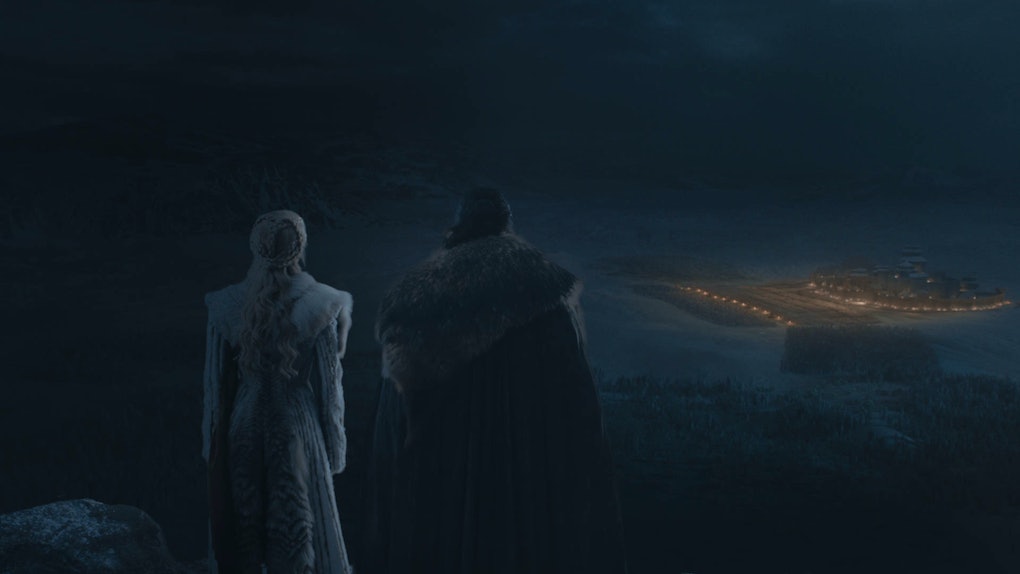 This being the final season of Game of Thrones, some levels of overkill are to be expected. There will be more articles written, more theory posts made, more Reddit threads going off the rails, more hysteria over spoilers and leaks. There will also be more tie-in, including merchandise. There would most like be some musical tie-ins as well, considering the show's history with projects like the Catch The Throne mixtapes from Seasons 5 and 6. But back to back hits was unexpected. The lyrics to "Power Is Power" from Game Of Thrones are beautiful reminder of how much this show inspires others to do their best work.

Last week featured a fantastic track pulled from a song in the novels. Known in the books as "Jenny's Song" and in the show as "Jenny of Oldstones," Podrick Payne sang it over a montage of Winterfell readying for war. As soon as the episode ended, the official track, sung by Florence+The Machine, went on sale, a beautiful Irish ballad, like a cross between 1990s Sarah McLaughlin and present-day pop.

Considering the rave reviews "Jenny of Oldstones" got, it would seem unlikely Game of Thrones would be able to bring out a second song so quickly that got such praise. And yet, here we are.

This song isn't just good, but considering the vaguely hokey premise of The Weeknd as Jon, SZA as Dany, and Travis Scott as the Night King with lyrics that basically are a synopsis of the character's stories over the last seven seasons, it is far better than it has any right to be.

Here are the lyrics:

I was born of the ice and snow

With the winter wolves and the dark alone

The wildest night, I became the one

And you'll know you're mine when the silence comes

Heavy is the crown only for the week

The knife in my heart couldn't slow me down

'Cause power is power, the fire never goes out

I rise from my scars, nothing hurts me now

'Cause power is power

Now watch me burn it down

I went down for the coldest one

I need more of it 'cause I plead before, yeah

I don't know with whatever you say

I don't know if we need it your way

You wanna take my place for me

Away, I die lookin' up at your face

How do I ever know? Who can I trust?

Only love could kill me, God bless

Breathe, feel the air that I breathe

Air that I, air that I breathe

Who's out here? Been a monster with a crown

Soul-swapper, high water, keep your head up, you might drown

Hit it, swirl, it's way colder, by the day, we count it down

Been and found, just been waitin' up, she gon' come around

I took a drag, bust it out the gates, my lil' baby slay

I wore the flag, put that on my face, ain't nobody safe

If the mask, they gon' have to see what they can't erase

I took a life, so I took it back

Danger's on my mind

Ain't no knife, dagger, bullet that can do it

For you, you know I do it, that should do it

Heavy, is the crown, but never for a queen

The full For the Throne album is officially out now. Here's the full track list:

Fans should note the Goulding tune "Hollow Crown" has Game of Thrones composer Ramin Djawadi credited as one of the songwriters. Also, the final track "Pray (High Valyrian)" credits showrunners David Benioff and Dan Weiss as writers along with Matt Bellamy.

The album is available for purchase on Amazon and iTunes, as well as streaming on Spotify.