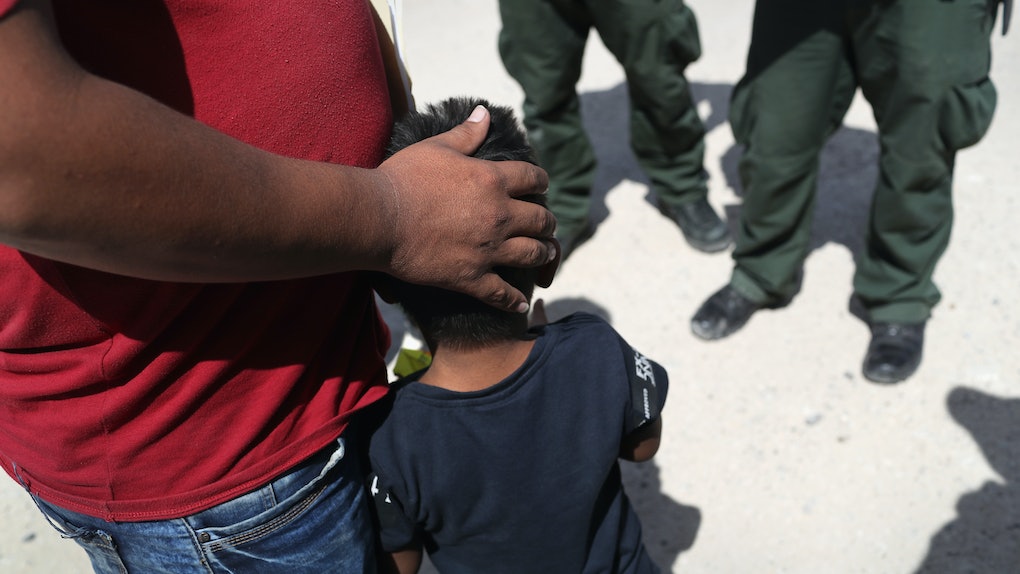 For those children who have been separated from their parents at the U.S. border — somewhere between 2,000 and 4,000, according to published reports — as a result of the Trump administration's "zero tolerance" policy, which criminally prosecutes illegal border crossers indiscriminately, the damage is already done. Medical professionals and legal experts have begun to weigh in on the potential long-term trauma families may face for having been torn apart by government officials. The health effects on children being separated at the border are possibly long-term and are generally horrifying to consider.

Columbia University psychology professor Nim Tottenham, an expert in emotional development who has studied the outcomes of children raised in orphanages throughout Eastern Europe and China, told the Los Angeles Times in a story published on Wednesday, June 20, that the presence of a parent is incredibly formative in the development of a child's brain.

“A parent is really in many ways an extension of the child’s biology as that child is developing,” Tottenham said. “That adult who’s routinely been there provides this enormous stress-buffering effect on a child’s brain at a time when we haven’t yet developed that for ourselves. They’re really one organism, in a way.”

When the parent-child bond is suddenly broken, as is the case at the U.S. border for thousands of families who are being criminally prosecuted under "zero tolerance," it stunts the growth of the child's brain and can make the child hyper-vigilant against similar trauma in the future, which Tottenham said is a common facet of post-traumatic stress disorder (PTSD).

“On average, what we see is that this early experience seems to be a major risk factor for mental health problems later on in life,” Tottenham added.

The public interest in possibility for later-in-life physical and mental distress rose to prominence as increasingly disturbing tales of the conditions detained children are being kept in emerged this week. James Hamblin, a medical doctor and senior editor at The Atlantic, tweeted on Tuesday, June 19, that "adverse childhood experiences put kids at risk of later substance use disorders, depression, diabetes, sleep disturbances, heart attacks, suicide attempts, etc. These health effects manifest over decades."

The images of the trauma taking place, given the opinions of medical experts on the subject, are disturbing to view and hear.

The Associated Press reported Tuesday, June 19, that the Trump administration had set up at least three “tender age” shelters where it can lock up babies and other young children who have been ripped from their parents at the border. ProPublica released audio on June 18 of young children wailing inside a Border Patrol facility in Texas. The U.S. government released video inside a detention center in Texas on June 18, depicting children in cages. Dr. Julie Linton, chair of the American Academy of Pediatrics Immigrant Health Special Interest Group, told NBC News on June 18, after she had toured a detention center at the border, that she saw, "cage-like structures, chain-link fences extending from the floor to the ceiling, children lying down on matts, and lights that were kept on 24-7."

On Wednesday afternoon, President Donald Trump signed an executive order that he said would keep families from being separated at the border (although it does, apparently, allow for families to be held indefinitely in custody). The damage has been done though, medical experts say, and worse yet, the government reportedly has no system in place to reunite families who have been separated. Elite Daily reached out to the White House to inquire about that, but did not hear back immediately.

“There’s a lot of families and a lot of kids affected by this — a lot,” Abbott told The Intercept. Additionally, reportedly none of these child welfare organizations that deal with unaccompanied minors were consulted or warned before “zero tolerance” was rolled out in early April. “We didn’t have a chance to ask questions and talk about how will the system work,” Abbott said. “Typically, you like to do that.”

Even if, as it seems, the backlash has finally become intolerable for Trump, this flagrant disregard for human life has already inflicted so much of the mental, physical, and emotional distress on these families. That is a cost that he and members of his administration will have to live with.