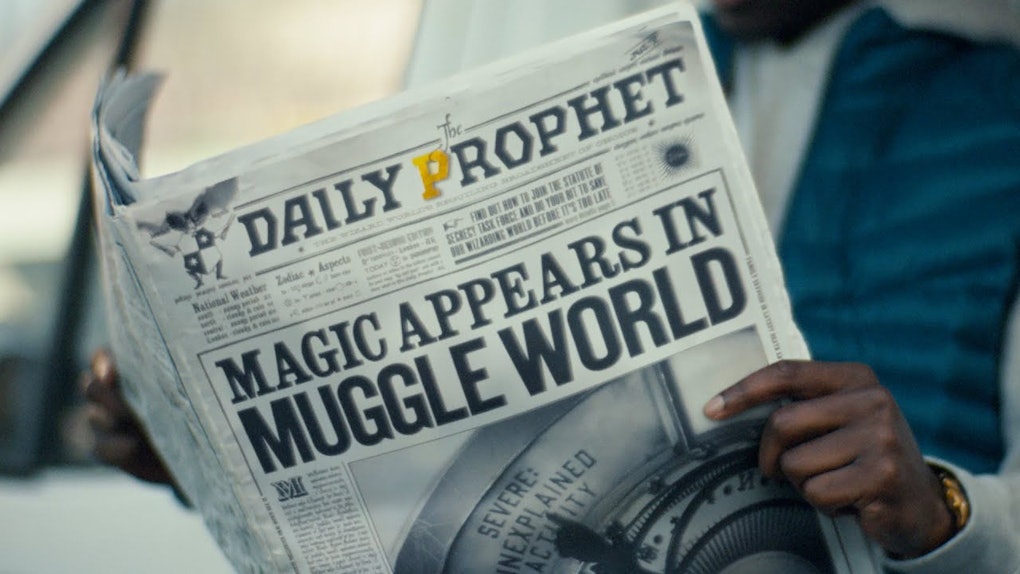 The 'Harry Potter: Wizards Unite' Trailer Will Transport You To The Wizarding World

For fans of the Wizarding World, it was a bit of a heartbreak to learn that the next Fantastic Beasts film had been pushed back from its 2020 release date. But while that means there won't be any magic on the big screen for the next year, on the smaller screens that Muggles carry in their pockets, magic is coming very soon. The long-awaited Harry Potter version of Pokémon Go is set to arrive before the end of June 2019, and if the Harry Potter: Wizards Unite trailer is anything to go by, it will be the magic everyone has been waiting for.

Like Pokémon Go, Harry Potter: Wizards Unite takes the everyday world that Muggles spend their days in and overlays an augmented reality on top. When viewed through the phone app, the real world is suddenly filled with Nifflers around every corner, pixies making trouble, and other wizards desperately in need of the help of a fellow magic maker and their wand.

The trailer shows what this new Wizarding World would look like for any kid growing up in a UK council estate, whose imagination is larger than their world. It almost seems like an excellent start for a brand new franchise movie, one set today in 2020 instead of in 1920 like Fantastic Beasts.

Following previous sightings of riderless Nimbus 2000s speeding through Australia and a discombobulated Niffler hoarding golden coins in an arcade, the video chronicles new classified incidents of chaotic magical activity that are appearing with greater frequency throughout the Muggle world. In Harry Potter: Wizards Unite, each incident increasingly places the wizarding world at risk of exposure, and players must work to solve the mystery of this Calamity as new recruits of the Statute of Secrecy Task Force. Players will be able to explore their real-world neighbourhoods and cities to discover mysterious artefacts, cast spells, and encounter fantastic beasts and iconic characters along the way.

As amazing as the trailer looks, it's not all that clear those who are hardcore Pokémon heads will be as eager to switch over to a more magical lifestyle. One of the things about Pokémon Go that makes it so easy to play is that it doesn't automatically require other players. Pokémon, after all, functions under the marketing phrase "Gotta catch 'em all," which means that a great deal of the game is akin to digital stamp collecting. Pokémon Go-ers only need large groups for specific tasks.

The Wizards Unite game, on the other hand, seems far more dependent on players working together. Not only is it right there in the title ("Wizards Unite!"), but the synopsis makes it sound like this is a much more collaborative event-based game, and the trailer shows the player at hand needing help defeat the Death Eater who is after her, even if she does take down the Dementor by herself.

That's not to say Harry Potter: Wizards Unite won't catch the imagination of a whole new set of muggles looking for a little magic in their lives. The game arrives on all platforms in the US and UK on Friday, July 21, 2019.