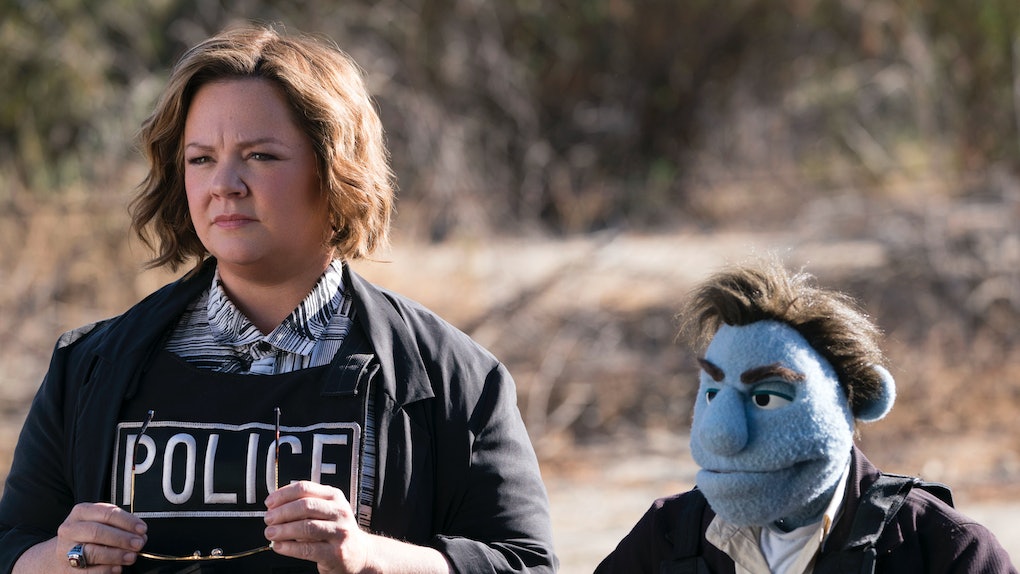 'The Happytime Murders' Ratings Are In, But Nobody's Really That Happy About Them

It's been a long minute since The Muppets were on the big screen. The last time Kermit and Fozzie were in movie houses was 2014's Muppets Most Wanted, with human cameos by Saturday Night Live's Tina Fey. But those were the Disney-owned muppets, not the Henson-owned ones. (The Jim Henson Company sold them to Disney in 2004.) The success of the Muppet revival made the Jim Henson Company hungry for a hit film of its own, and after a long delay, it is finally here. But The Happytime Murders ratings have arrived too, and it looks like this one should have stayed in the puppetry workshop.

The Happytime Murders was actually put into development back in 2008 before The Muppets film arrived in 2011. With Muppet success, Lionsgate picked up the movie that same year, and a revolving cast of entertainers, including Cameron Diaz and Katherine Heigl, held the non-felt lead role for a time. Finally, the film got off the ground for real in 2017, with a 2018 release date.

Maybe it should never have been rescheduled. The reviews for this film are startlingly bad. The current rating on Rotten Tomatoes is an ugly 28 percent splat. Even The Muppets' Wizard of Oz, considered to be the worst Muppet film to date, has a better rating at 38 percent.

In Happytime, Jim Henson's son seeks to take Muppetry to a whole new level. Too bad that level is the sewer.

Frank Swietek of One Guy's Opinion is merciless:

A pseudo-Muppet movie that, while being way too raunchy for kids, has little to offer to adults, either ... a debacle of Howard the Duck proportions.

Eric Adams of The AV Club sums it up perfectly.

The knowing handling of noir conventions and clever metaphor for race relations of Brian Henson's R-rated fluff bath were all treated with greater grace and more panache 31 years ago in Who Framed Roger Rabbit.

As for how the film will do in the theaters, estimates suggest this will be human star Melissa McCarthy's lowest opening film in four years, even lower than her disastrous Life Of The Party earlier this year.

STX’s gross-out puppet Melissa McCarthy comedy The Happytime Murders is making one of summer’s last stands for a genre that has been pained at the box office for some time. The R-rated film cost an estimated $40M before P&A, and tracking has it between $13M-$15M at 3,225 theaters. If it over-indexes, it could be more like $16M-$17M. McCarthy’s New Line femme comedy Life of the Party opened to a ho-hum $17.9M back in May and wound up at $52.8M.

The good news is this is the only competition Crazy Rich Asians is facing in its second weekend of release. The highly rated rom-com is now expected to win the box office for the second weekend in a row.