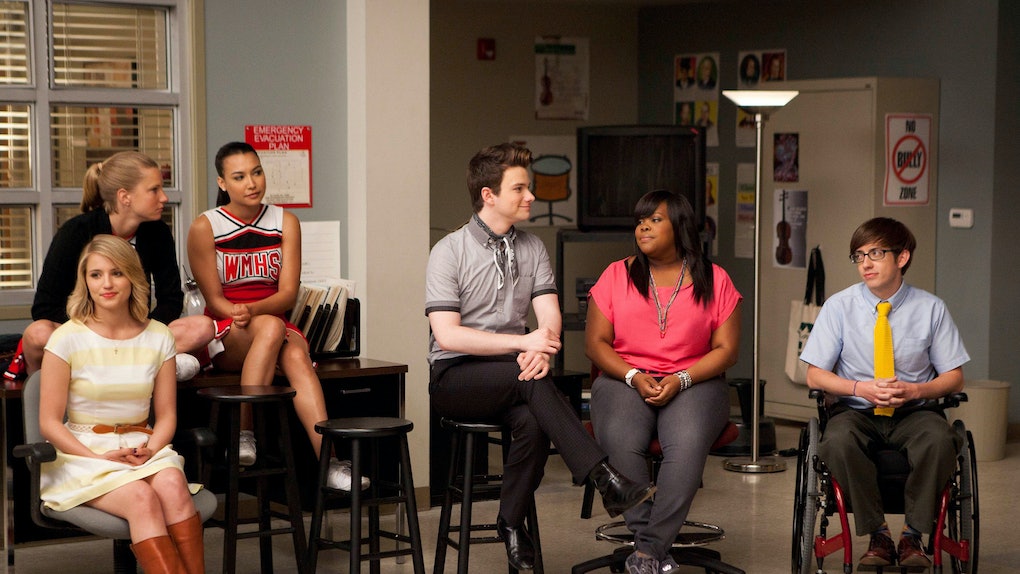 The news of Naya Rivera's disappearance left the Glee cast devastated, and now that her body has been recovered, her co-stars are speaking out in tribute to their late friend. A number of Rivera's castmates are paying their respects, and their messages are touching the hearts of Gleeks everywhere. The Glee cast's tributes to Naya Rivera after her death show how loved she was by all who worked with her.

Rivera was first reported missing on July 8 after the actress did not return from a boat trip on California's Lake Piru with her 4-year-old son Josey Dorsey. Her son was found safe on the boat, but tt wasn't until five days later on July 13 that Rivera's body was discovered and identified by police. The July 13 discovery brought a new wave of sadness to fans, friends, and family. Harry Schum Jr., who portrayed Mike Chang on Glee, penned a powerful tribute to Rivera.

"I always imagined old future senior moments where we would hear your infectious laughter down the hall knowing that our funny bone was in for a treat," he tweeted in one part of his lengthy letter.

"To many people, myself included, you were the life of the party," he continued. "Not only able to rock when fun was to be had after a long day but that shining friend that was always willing to listen, offer sympathy, perspective and at times, give much needed levity to any situation."

Chris Colfer, who played Kurt Hummel on the show, shared an emotional tribute to Instagram. "Being close to her was both a badge of honor and a suit of armor. Naya was truly one of a kind, and she always will be. Sending all my love to her wonderful family and her beautiful son," he wrote.

Amber Riley aka Mercedes Jones also shared a loving message. “My favorite duet partner. I love you. I miss you,” Riley wrote on Instagram, sharing a video of Rivera and Josey singing. “I don’t have words right now, just lots of feelings. Rest In Peace Angel, and know that your family will never have to worry about anything.”

Kevin McHale shared an especially heartbreaking message about his friend and former co-star.

"My Naya, my Snixxx, my Bee. I legitimately can not imagine this world without you," he began. "7 years ago today, she and I were together in London when we found out about Cory. We were so far away, but I was so thankful that we had each other. A week ago today we were talking about running away to Hawaii. This doesn’t make sense. And I know it probably never will." He went on to praise Rivera for being "independent and strong," and the most "quick-witted" person he'd ever known.

Alex Newell, who joined Glee in season 2 as Unique Adams, sent his love.

Jane Lynch, who played Coach Sue Sylvester on the series, tweeted: "Rest sweet, Naya. What a force you were. Love and peace to your family."

Jenna Ushkowitz, who portrayed Tina Cohen-Chang on Glee, had a beautiful message to share.

"Naya, you were a ⚡️ force and everyone who got to be around you knew it and felt the light and joy you exuded when you walked into a room," she wrote. "You shined on stage and screen and radiated with love behind closed doors," she added, captioning a sweet photo with Rivera. "I was lucky enough to share so many laughs, martinis and secrets with you."

Rivera was 33 years old and is survived by her son Josey.