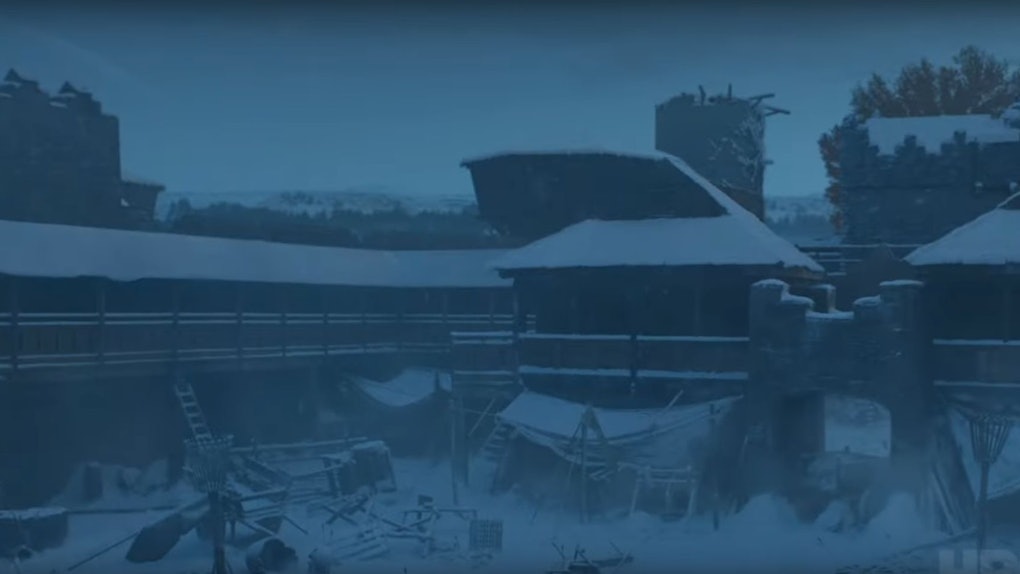 While HBO may be airing TV spots that are not making their way to the official YouTube accounts, the show is making up for it with different teasers. The latest doesn't have an ounce of character footage, but it will make your blood run cold. This Game of Thrones Season 8 "Aftermath" teaser suggests the Battle of Winterfell is not going to go well for the living.

The "Battle of Winterfell" will be the main focus of episode 3, according to all reports, to the point that most assume this will be the title of that episode. While few details are available, several Entertainment Weekly articles deep diving into the season ahead of the premiere have suggested this installment will be historic in nature. The battle sequence will be the longest ever committed to film, either on TV or cinema. The episode itself is the longest in Game of Thrones history, clocking in at a whopping hour and 22 minutes.

However, with no less than three episodes to go after it's over, all of which run close to an hour and 20 minutes themselves, obviously, this is not the final word on the war of the living versus the dead. How does it end?

If this preview is anything to go by, the answer is "Not Well."

It's a good bet this is a scene created specifically for the teaser. Despite the lack of any characters left standing, giving the scene a "no survivors" vibe, chances are this will not be the case, however badly things go when the Night King comes calling.

As a teaser though, it is brutally effective in playing on the fears of fans. Viewers are, of course, hoping for a "Helm's Deep" like ending to the Battle of Winterfell, where at the 11th hour the tide turns, and Army of the Dead is swept away, the Stark-Targaryen pact stands triumphant, and the name Winterfell is finally understood by all, as this was the place Winter fell.

However, after seven seasons, everyone knows better. This is a story written by George R.R. Martin after all. Viewers wanted to believe Ned Stark would somehow live. Ned Stark was beheaded. They wanted to trust in Robb avenging his father. Robb, his family, and his men were slaughtered at a wedding feast. Fans wanted to believe Jon Snow would unite the Night's Watch and the Free Folk. Instead, his men rose up and staged a coup, murdering their Lord Commander as a traitor.

Viewers want to believe, but the odds are overwhelming. With three episodes to go after the Battle of Winterfell, the chances of a victory coming halfway through the story are small. That doesn't mean fans won't live in hope.

Also, to be fair, it doesn't guarantee the Battle of Winterfell will be a slaughter on par with Hardhome. But this teaser sure does weigh those fervent hopes down heavily. For those convinced the worst is coming, this merely confirms the end is nigh.