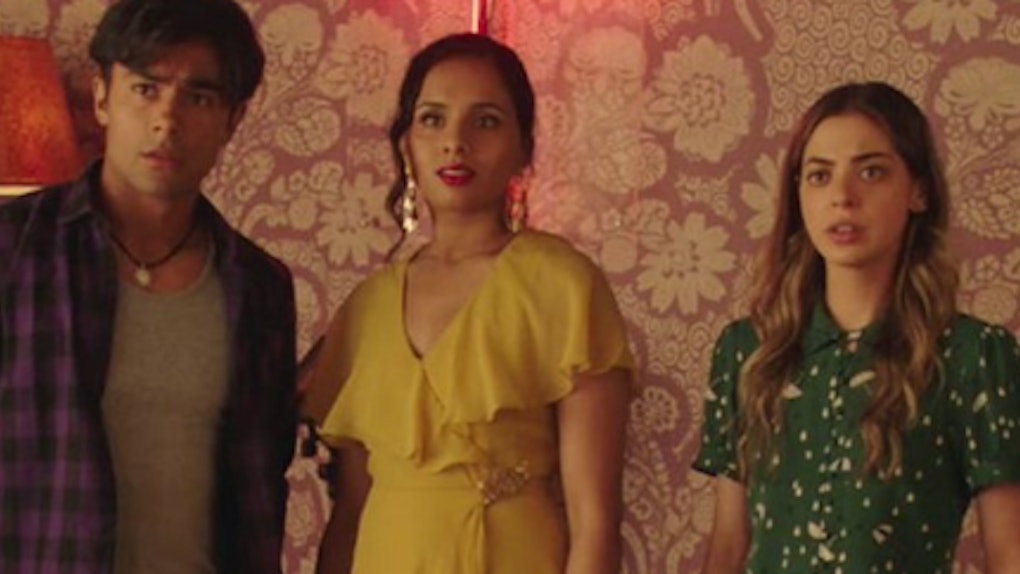 The next chapter of Snapchat’s murder mystery series The Dead Girls Detective Agency is finally here, and considering how easy the bite-size clips are to marathon all in one sitting, fans are already ready for more. And it’s not just the viewers; The Dead Girls Detective Agency star Gia Mantegna is also hopeful for the popular series to continue. Though there has been no word on whether the show will be getting a fifth season, judging by how Season 4 ended, there’s certainly room for that to happen.

Warning: Spoilers for Season 4 of The Dead Girls Detective Agency follow. The latest season of the Snap Originals show centered around the death of a new character, Jamie (Paul Karmiryan). And while the circumstances surrounding his murder case — as well as the sparks that flew between him and Mantegna's character Charlotte — were compelling on their own, there was also the overarching mystery about what was going on at Hotel Atessa. Since the very start of the series, the hotel, which has served as the headquarters for the Dead Girls Detective Agency for at least a handful of decades, has been shrouded in secrecy, and fans have been super curious about it, and about the spooky Reapers who have been causing problems for the deceased teens.

With all the questions the series provides for viewers to ponder over, Mantegna says The Dead Girls Detective Agency is ripe for fan theories. Specifically, fans have been outspoke about a certain dreamy character who disappeared earlier on in the show. “Most of the feedback I get is ‘Where’s Edison?’” Mantegna says, referring to her character’s previous love interest who was taken away by the shady Reapers in Season 2. “Everyone wants to know where Edison is and why he left, and I totally agree with that.”

According to Mantegna, the DGDA cast would love to have Al Calderon, who played Edison, back on set with them. “If we come back [for another season], there is literally any possibility on the table,” she explains. “And obviously, we would really want him to come back.”

Bringing Calderon back to the series would allow fans to learn more about where Edison disappeared to, which in turn would help unveil more about the whole afterlife situation the teens have found themselves in.

But that’s not the only aspect of the show fans have serious thoughts about. “I think there is also a theory that this is all, like, a dream world that Charlotte has and that one day she’s gonna wake up and it was all make believe,” Mantegna says. While that would certainly be nice for Charlotte, if it meant she wasn’t actually dead this whole time, there are plenty of other ideas out there about what could really be happening in this supernatural series.

And Mantegna wants to hear the theories. “I encourage fans to send those my way on social media, because I am curious about what they are thinking,” she says.

But while Season 4 left viewers on a cliffhanger that begs for more answer, Mantegna says a follow-up season is not yet guaranteed. “I know the show’s done really well, and they brought us back again [for Seasons 3 and 4], and we would all obviously love to come back, but as these things go, we really never know what the future holds," she says. "I know that they definitely have plotlines in their arsenal if they do want to move forward; I think it’s just a matter of getting everybody back together [and] I think it’s all really dependent on how this last batch of episodes does."

So while fans wait to hear about the future of the show, Mantegna will be waiting to hear from audiences about what they think might happen next.

Season 4 of The Dead Girls Detective Agency is on Snapchat now.