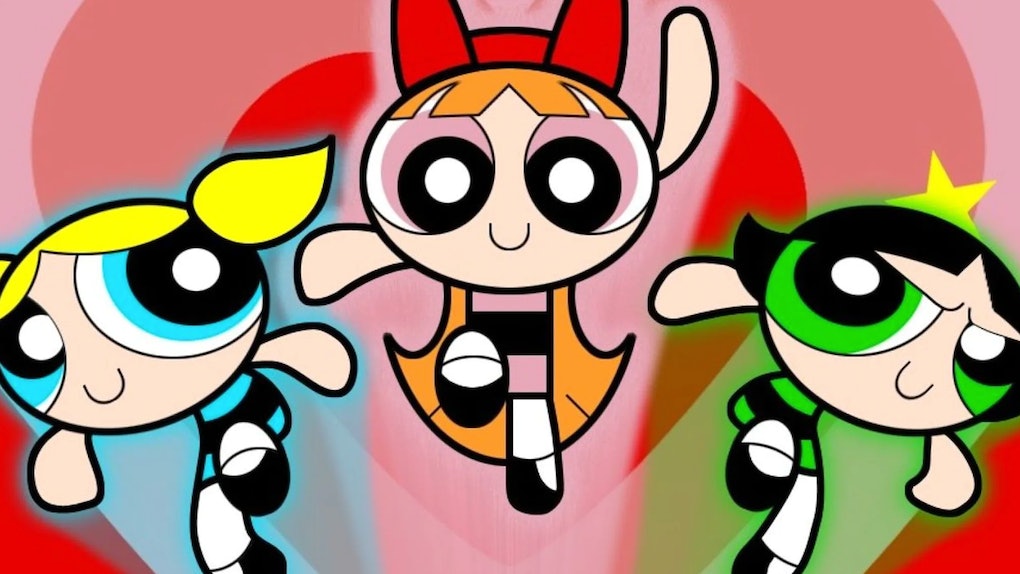 As far as animated superhero series go, few shows have the magic that The Powerpuff Girls held. The beloved show premiered in 1998 and enchanted the world with movies, specials, and even a reboot in the years following. Now, your favorite heroes are back and better than ever, this time all grown up in a live-action story. Here's all the news we have so far about The CW's The Powerpuff Girls, including cast, release date, and trailer news:

In case you didn't catch it the first time around, the Cartoon Network animated series was originally created by Craig McCracken and follows three little girls — Blossom, Bubbles, and Buttercup — who have some pretty major superpowers. After being accidentally created in a lab by Professor Utonium (who goes on to raise them as his own children), the three girls take it upon themselves to regularly save their town from villains.

So, how different will The CW's new version be from the original series? Short answer: very different. Not only will it be live-action, but it's actually set about 20 years after the original series, taking place in modern times. The beloved girls have now grown up and are grappling with the aftermath of having a less-than-traditional childhood. Even the new name is more grown up: Powerpuff.

On March 9, the three main characters of The CW's The Powerpuff Girls were officially announced. According to Deadline, Chloe Bennet (Agents of S.H.I.E.L.D), Dove Cameron (Liv and Maddie), and Yana Perrault are serving as the leads and will be your *new* Powerpuff Girls. Bennet is playing the group's original leader Blossom, Cameron is playing the playful and charming Bubbles, and Perrault is playing the tough and rebellious Buttercup.

On March 30, Variety reported Donald Faison (Murray from Clueless and Turk from Scrubs) would play the girls' father, Professor Utonium. On April 9, Deadline reported Robyn Lively (Twin Peaks) would play his ex-girlfriend and friend of the girls, Sarah Bellum.

The article also confirmed that at least one fan favorite from the original cartoon would return. Tom Kenny, who narrated the original animated series, will reprise that role in the new live-action version. Considering that the girls would sometimes stop the action and converse with the narrator when they disagreed with his take on events, this suggests the live-action version may continue that tradition.

Unfortunately for fans, there's no trailer to watch just yet, but since the lead characters are officially cast, it's only a matter of time. Luckily with writers Diablo Cody (Juno) and Heather Regnier (Veronica Mars) at the helm and Greg Berlanti (Riverdale, Chilling Adventures of Sabrina) producing, it'll be well worth the wait.

Instead of just a live-action, modern day reboot of the original, fans are getting a new installment of the story with a very CW take. The Powerpuff Girls have grown up, and now they're troubled 20-somethings who look back on their childhood of crime fighting with loathing.

Blossom, though she holds several advance college degrees, is experiencing major anxiety about her past. Bubbles still has her signature spirit, but now she's more interested in recapturing her fame than saving the world. And Buttercup? She just wants to be left TF alone and live an anonymous life free from her Powerpuff identity.

It looks like it'll be up to them to decide whether they reunite to save a world in need. Considering it's from The CW, chances are whatever adventure they choose, it'll be epic.

As of April 8, 2021, filming on Powerpuff is underway. But there's no release date set as of yet, so fans will have to wait a bit before seeing what the group is up to now. That said, the pilot order was for the 2021-2022 season, which means if The CW picks up the series, fans should expect to see it sometime in 2022 at the latest.

This article was originally published on March 9, 2021