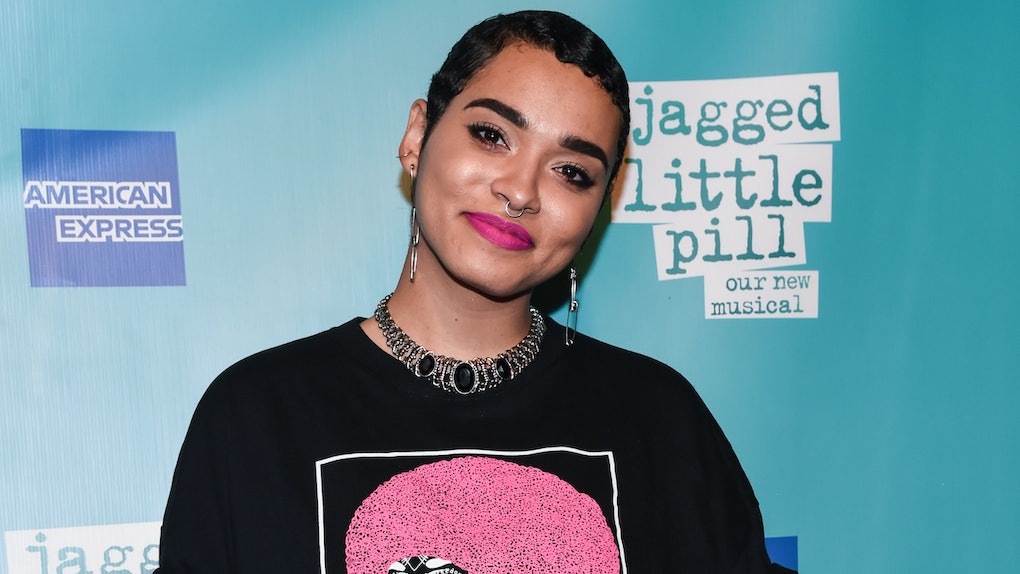 5 Facts About Yana Perrault, Who Plays Buttercup In The CW's 'Powerpuff Girls'

Your favorite crime-fighting trio is officially coming back in a new version of The Powerpuff Girls, but this time they're gonna look a lot more lifelike. In fact, two of the actors playing the superheroes, Dove Cameron (Bubbles) and Chloe Bennet (Blossom), are likely very familiar faces. And although Yana Perrault, who plays Buttercup in The CW's Powerpuff Girls, might be a newcomer to the screen, from the look of things, she's just as epic as her beloved character.

Viewers fell in love with the Powerpuff Girls via the animated Cartoon Network series that ran from 1998 to 2005 (as well as a few movies, specials, and a three-season reboot in 2016). The show was created by Craig McCracken and followed Blossom, Bubbles, and Buttercup — three kindergarteners who were accidentally created in a lab by the well-meaning Professor Utonium. The girls showcased superhero powers and with the help of Utonium, they regularly saved their town from evildoers.

Now, instead of just retelling the original story, The CW is actually continuing it. The new live-action installment is set about 20 years after the original series and follows the now-adult Powerpuff Girls as they grapple with the aftermath of their upbringing. In short? They're (understandably) pissed they missed out on a normal childhood since they were busy fighting baddies.

According to Deadline, each of the Powerpuff Girls are handling adulthood differently. For example, Perrault's character, Buttercup (who was the "tough one" as a child), just wants to be left alone and put her Powerpuff past behind her for good. But while her character is fighting for a low-key future, Perrault's star power is on the rise. Here's what you need to know about the actor who's bringing Buttercup to life.

1. She's From A Showbiz Family

In a February 2021 interview with Mixed Mag, Perrault explained she grew up in the theater, as that's where her parents met. They encouraged her to follow a similar path, which she was happy about. “I was doomed to do this, but it hasn’t been doom at all,” Perrault said in the interview. She never felt like traditional schooling was for her, so she dropped out of college to pursue Broadway. “Why am I trying to fit in this box of academia that doesn’t work for me anymore?" she said of her decision.

Before the coronavirus pandemic led to shutdowns of live theater productions, Perrault was set to join the cast of Hamilton. She also performed in the Alanis Morissette musical Jagged Little Pill on Broadway.

If her Broadway credits didn't cue you in, Perrault has an amazing singing voice. Her Instagram and YouTube channel is full of covers and original works, and her rendition of The Neighbourhood's "Sweater Weather" has over 350,000 views.

In addition to writing and playing the guitar, Perrault also writes and produces her own music. When she was younger, she wrote poems that she later realized were songs. According to Mixed Mag, her first album is set to drop in 2021, but in the meantime, you can listen to her covers and original works on Spotify.

While Perrault had a background role in Comedy Central’s Broad City, playing Buttercup on The CW will serve as her breakout role. Considering her impressive talent and range of skills, it looks like the Powerpuff Girls found their perfect badass.

More like this
The CW's ‘The Powerpuff Girls’: Cast, Release Date, Trailer, & More
By Rachel Varina and Ani Bundel
This TikTok Theory About Eric From 'Boy Meets World' Will Blow Your Mind
By Rachel Varina
The 'Glee' Cast's Tribute To Naya Rivera At The 2021 GLAAD Media Awards Was So Moving
By Abby Monteil
Stay up to date