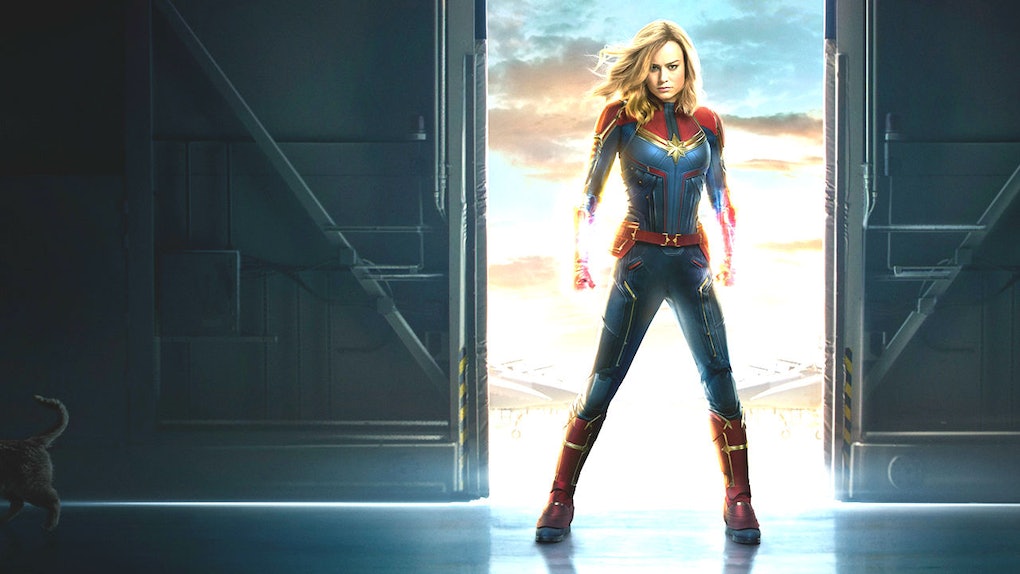 The 'Captain Marvel' Ratings Are In & They're Kree-Azy

Even before the critics' screenings of Captain Marvel ran, there was controversy around it. A small, but vocal, section of the internet has made it their business to turn any progressive movement in the world of cinema into a proxy culture war, from Star Wars having Rey as the heroine to an all-female Ghostbusters. However, with Rotten Tomatoes stepping up to keep "review bombing" to a minimum, the current Captain Marvel ratings ahead of the film's release have been allowed to settle out interference free. The good news is, Marvel's latest film is rated fresh.

This is not to say Captain Marvel's reviews have all been stellar. Some critics have been downright negative about it. But the idea of equality is women can lead a superhero film and the film be judged on merit, and not automatically panned (or praised) due to the sex of the lead.

On merits, Captain Marvel has landed herself a solid 84 percent Fresh on the Tomatometer, 24 hours after the embargo lifted. In context with the other 20+ Marvel Cinematic Universe films, this places the new movie just below last year's Avengers: Infinity War (85 percent) and Guardians of the Galaxy Vol. 2 (84 percent), and just above Ant-Man (82 percent), and Iron Man 3 and Captain America: The First Avenger (both at 80 percent). It's solid mid-packer for the Marvel-verse.

You could ding it for convoluted plotting and a retro style that flattens the usual Marvel fireworks. But a dynamite Brie Larson gives hell to cosmic villains and sexist trolls. And an orange feline named Goose is the best movie cat ever!

Over at The Wrap, the film's 90s era setting is part of the charm.

Absolutely grounds itself in the '90s, even evoking a riot grrrl-adjacent feeling, buoyed by a soundtrack that features almost exclusively rock fronted by female voices - a reminder of an era that showed so much promise for brash, loud women.

The Seattle Times likes the ways the movie doesn't conform to expectations.

As for how the film is expected to do at the box office prognosticators see a rosy picture, with Captain Marvel doing business at the higher end of Marvel's scale, with a projected $140 million opening weekend. According to Deadline:

Disney’s Captain Marvel, the first Marvel movie since July’s Ant-Man and the Wasp is hoping to rocket-charge to a $150M start in U.S./Canada and a $350M worldwide opening... What’s giving further juice to the lofty Captain Marvel stateside forecast is that we’re hearing the pic’s advance ticket sales are beating that of Captain America: Civil War. After a slew of superheros vanished into thin air in that movie, fans can’t wait to see Captain Marvel as it’s the appetizer and bridge to next month’s Avengers: End Game.

With those kinds of pre-sale numbers, and Avengers anticipation rising, Captain Marvel could do very well indeed on opening weekend. The film premieres on Friday, March 8, 2019.

More like this
Kathryn Hahn Hopes To Explore Agatha's Backstory In Future Marvel Projects — EXCLUSIVE
By Dylan Kickham
'He's All That': Premiere Date, Cast, Trailer, Filming News, & More
By Dylan Kickham
Here's How To Watch 'Promising Young Woman' For Free If You're A College Student
By Ani Bundel
Stay up to date