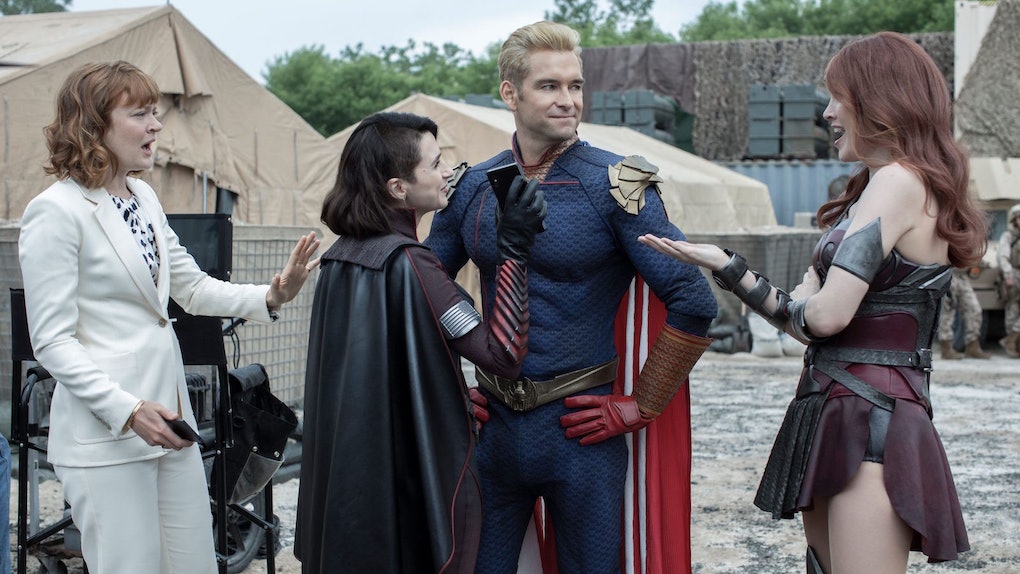 In the age of streaming, TV viewers are used to having the entire season of their favorite shows at their fingertips once they're released on their respective streaming platforms. While marathon-watching is nothing new, it's become even more popular in recent months as people quarantine at home amid the ongoing coronavirus pandemic. That's the major reason why The Boys Season 2 is getting bad reviews from fans, even though it sounds like most people are actually really enjoying the show.

While the second season of the Amazon original show itself received rave reviews for the episodes, it's the streaming service's decision to unveil a new release schedule that has viewers frustrated. Amazon Prime dropped all eight episodes of The Boys Season 1 at once, giving fans the option to either devour the whole season in one sitting, or nibble on an episode at a time at their convenience.

Fans expected the same of Season 2 of the action series, but after Amazon Prime released the first three episodes of the second season on Friday, Sept. 4, the platform decided to release the remaining five episodes weekly, leaving viewers disappointed.

The current user rating for the dark superhero series is 2.5 stars on Amazon, and according to Comicbook.com, nearly 50% of the 1,400+ reviews submitted with a one-star rating are due to the fact that Amazon is releasing episodes weekly, instead of all at once, as the reason why.

"This review is because they didn't release the full season," one reviewer wrote. "I didn't know where else to vent my frustration. I HATE the old format week after week, I prefer to just spend a weekend and binge the show. Why change, it has worked for Netflix and guess what, none of these other platforms are as big as Netflix. It's freaking Amazon, I already paid for the whole year. I was so looking forward to this show, even re watched first season to get ready...just to find out we are back in the week to week nonsense. Netflix Forever!!!"

Another frustrated fan expressed: "The delivery method is way off base with how the population wants to consume content. Release the entire season and let people enjoy the story how they want."

So there you have it. The show is great, according to fans, but the delivery method is not so wonderful for TV lovers who have grown accustomed to watching full seasons at once. But, it must not be doing that bad, seeing as how Amazon has already renewed The Boys for a third season.