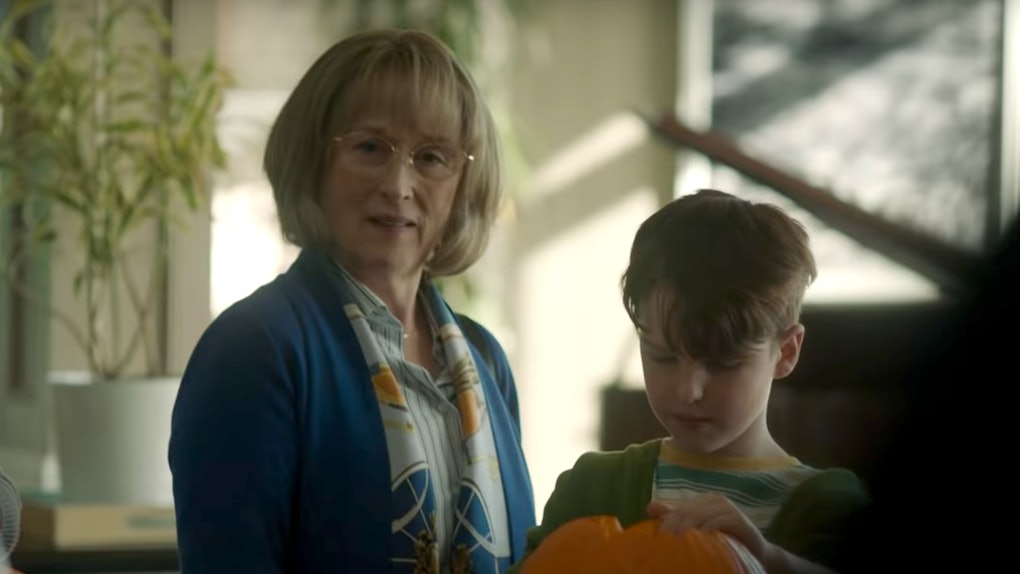 Although the second season of Big Little Lies has given fans some big, memorable moments, the new season has yet to really pick up the steam concerning the Monterey Five's hidden murder. It looks like that is about to change in the next new episode, though. The Big Little Lies Season 2 Episode 4 promo teases that we will finally see the lie unravel as Mary Louise Wright finds out the truth about her son's death.

Spoiler alert: This post contains spoilers from Big Little Lies Season 2 Episode 3, "The End of the World." The new season has taken its time in regards to handling the truth about Perry Wright's death. So far, the Monterey Five have had to silently deal with the fallout from their involvement in Perry's death individually. The only threats have been a snooping Detective Quinlan, whom has remained totally in the background so far, and Perry's newly arrived mother Mary Louise, whom has been asking some prodding questions but has yet to actually uncover any real details about her son's death. In the latest episode, we saw Mary Louise and Detective Quinlan come together for the first time, and the trailer for next week's new episode promises that the show will finally see Mary Louise learning the truth, and the Monterey Five will have to deal with their role in Perry's death more seriously than ever before.

The brief episode teaser does not reveal much, but we hear Celeste reprimanding Mary Louise about boundaries and Madeline worriedly mutter that everything feels like it is unraveling. The most telling aspect of the new episode is its title, though — Episode 4 is called "She Knows." Check out the teaser trailer below:

Though the new season of Big Little Lies only just began, it is also almost over. Season 2 consists of only seven episodes, which means that this Sunday's Episode 4 marks the official halfway point in the season. But despite being halfway through Season 2's story, Big Little Lies has yet to ramp up the drama surrounding Perry Wright's death by revealing the Monterey Five's involvement to anyone else.

Instead, the first three episodes focused on Madeline's marriage to Ed falling apart over the revelation of her affair, Celeste struggling with conflicting emotions over Perry's death and fielding probing questions from Mary Louise, Jane sparking a new romance and telling Ziggy the truth about his father, Renata lashing out at her husband after he loses their fortune, and Bonnie becoming more reclusive as her parents come to town. While the heavy focus on character is definitely a huge reasons why fans love Big Little Lies, it looks like we are also about to delve into the big murder mystery plot of the show much more beginning in this Sunday's new episode. So get ready for some even bigger and more shocking Meryl Streep moments!