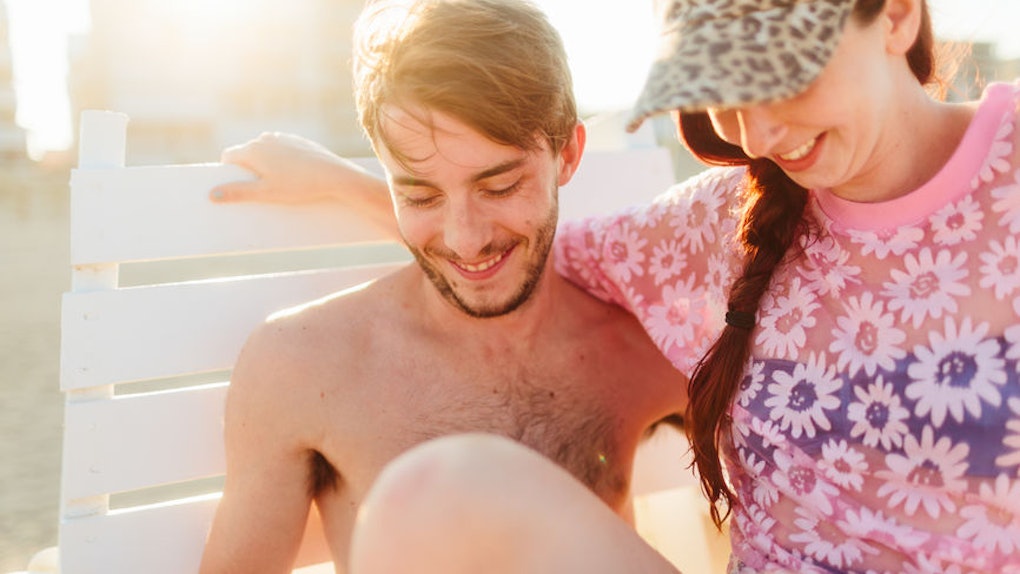 The Best Month For Summer Love, According To Your Zodiac Sign

Summer is just around the corner, and I can practically feel the sun on my cold, pasty skin. From late May through to the dog days of August, I know the weeks will be marked by trips to the coast, coconut-scented body spray, and unavoidably awful tan lines from my jorts — ah, what a time! Of course, summer also comes with a whole lot of of unknowns (and a whole lot of opportunities for exciting new romance!). So, if you're dying to know what the stars have in store, and the best month for summer love based on your zodiac sign, you've come to the right place.

"It’s an interesting summer, to be sure," promises Judi Vitale, an astrology expert and spiritual alignment counselor at Journeys of Life. "[On May 15, Uranus moved] into Taurus — this planet changes signs only once every seven years, so it will be felt by just about everyone. There are eclipses in Cancer, Aquarius and Leo, too. Finally, a long retrograde of Mars will slow things down in one area or other in everyone’s lives."

In other words, these planets are moving around a bunch during summer '18, and it probably means that you've got some great summer lovin' and romance ahead (like Sandy and Danny in Grease, but better!). Vitale gave me the scoop on exactly what these shifts mean for each of the signs, and when we can all expect to have our own steamy flings. Get excited.

Aries, honey. Prepare to get your flirt on this June, and potentially take one of those summer flings to the next level in August as Venus moves into the house of partnership.

"You well might give in to the impulse toward massive numbers of summer flings with Venus in your house of flirtation in June," says Vitale. "But by August, your sights will be settled on some deep and idyllic romantic journeys."

Taurus, it looks like you might be a little impulsive throughout the summer, in a great way. All of that spontaneity could lead you to meet an exotic stranger by the end of the summer, as Pluto moves into your house of overseas influences. (Fingers crossed he's not a manipulative Italian pop star like Paulo in The Lizzie McGuire Movie.)

"Abrupt changes in your attitude and an oversupply of nervous energy could push you toward rash decisions as you get used to Uranus’s erratic influence in your sign," says Vitale. All this fuss could spur an encounter with an intriguing stranger!

Gemini, get ready for a fun-filled, active summer! Grab life by the horns at the start of the season and take advantage of opportunities that come your way. You'll be glad you did come August, as Venus enters your house of dating.

"Don’t sit out the dance in early summer," advises Vitale. "Use a long-distance vacation or a summer class... to get introduced to the possibility of romance in August."

Cancer, you're in for one flirtatious summer as well! You're sure to have a ton of exciting, romantic encounters over the next few months, as Jupiter's in your house of dating. Those encounters will jump to the next level around early June and mid-July, though — with an eclipse in your sign — so stay tuned and prepare to have heart eyes in the summer sun.

"[You'll have] a proliferation of flirtatious encounters — or lots of fun and dreamy dates with the one you’ve already got," says Vitale.

Hey, it'll be Cancer season. If you don't let loose then, when will you?

Leo, your summer romances might be a smidge more complicated, so don't stress about rushing into anything that doesn't feel quite right. Instead, take the time to ensure that your various relationships are exactly what you want them to be, and try not to jump to conclusions.

"Romance could have trouble taking flight from late June to mid August, [with] Mars in retrograde in [your] house of partnership," says Vitale. "Use any time spent in a holding pattern to slow things down and get it right. An old flame might be re-enkindled in July..." Though she suggests holding off on making any decisions until after Aug. 11, as there's an eclipse in your sign (maybe throw an alert in your calendar?).

You're a romantic, Virgo, and your daydreams about that Prince or Princess Charming will be amped up in early summer, as Neptune's in your house of relationships. But don't forget that even the most wonderful partners have their flaws.

"Let Uranus in your house of inner knowing open your heart to greater acceptance of 'almost perfect,'" advises Vitale.

Oh, and prepare for your ~almost perfect~ dating life to take an exciting turn in August, just in time for your birthday.

Libra, you are getting spicy this summer! Prepare for a string of steamy flings and have a blast making new connections — especially in August.

"You’ll bring sexy to a whole new level when erratic energies overwhelm your house of intimacy," says Vitale. "An attitude of 'easy come, easy go' (pun intended) will go far to satisfy your ravenousness. You’ll be hotter than sun-soaked sand in August."

Uranus is in your house of romance this summer, Scorpio, and changes might be in store. This could mean anything from dating someone who's not normally your "type" to exploring a new side of your sexuality — whatever your instincts are telling you, just go with it! You might also find yourself wanting to nest come August, but hold off until Mars is out of retrograde in the fall before making any major decisions.

"Your romantic tastes are changing, so consider trying out a tryst with someone who’s a little 'out of the box,'" suggests Vitale. "An eclipse in your house of home and family in early August could create 'moving in' vibes, but hold off until September on definite plans there."

You've got a spontaneous, Miss Independent vibe about you, Sag, which will only be more intense during June and early July (while Venus is in your house of long-distance travel). Everything could change in July, though, when a childhood friend pops back into your life — Mars'll be in retrograde in your house of early childhood.

"You’re not an easy one to tie down, and in June and July you’ll be more of a roamer than usual," Vitale explains. "Look for a childhood friend to surprise you in July... [They] might remind you of how sweet one-to-one love can be."

All right, Capricorn — get ready to turn that frown upside down! You may be feeling a little worn out from the dating game (same). Try to mix things up and try out different types of relationships — or maybe download a new dating app — in July, while Venus is in your house of partnership.

"'Not in the mood' might characterize your general demeanor this summer," says Vitale. "Spice up your life by exploring new ways of dating in July... Sample more than one suitor at a time, or if you’re attached already, engage in some more novel and exciting ways to make bedtime more fun." (Uranus will be in the house of fun — maybe literally?)

Take some time to yourself this summer, Aquarius, before you jump into any new relationships (or any crazy parties). If and when you do find someone who catches your eye, remember to ensure that all of your own needs are met before putting a relationship at the top of your priorities list, and hold off on making big decisions until after August winds down (as Mercury's in retrograde in your house of partnership in the earlier months).

"You might want to reflect on what’s going on inside your mind and throughout your soul, rather than bringing your body to every big bash in town," Vitale advises. "Certainly, take no definite action until after the end of August. Explore your own needs and wants — deeply — before deciding to settle down."

Pisces, we are set to be in high demand this summer! Jupiter will be in our house of dating in early summer, so cuties will be craving our company (and honestly, why wouldn't they be?). Despite our desire to be everywhere — for everyone — all of the time, we, like Aquarius, must remember to take a little time to ourselves throughout the summer.

"You might feel like you’re the object of a game of tug-of-war when you see how many invites you get this summer," says Vitale. "As long as you remain mindful of your need for occasional quiet reflection... you’ll conserve enough energy to be the life of at least the really important parties!"

All in all, I'd say we're all set to have pretty incredible summers — let's raise a glass of rosé to that.