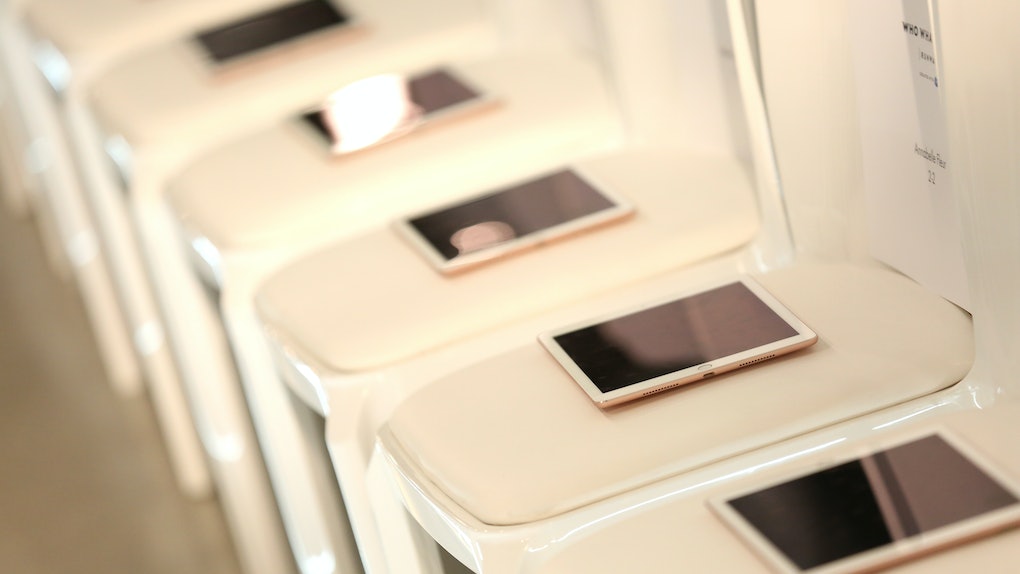 If Thanksgiving weekend came and went and the only thing you did was get started on your Christmas movie marathon, there's no need to panic about missing out on all the Black Friday holiday shopping deals. Thanks to Cyber Monday, there is still a way to get some great deals on the products you love. If you're specifically on the lookout for tech deals, then read on to find out the best Apple Cyber Monday 2017 deals.

When it comes to buying the latest Apple products, you can usually expect to spend a good chunk of change. I mean, the new iPhone X starts at $999. Saving up is pretty much necessary if you want to keep up with Apple's latest releases.

The Apple Store itself doesn't often slash its prices on iPhones and MacBooks, but thanks to the online shopping holiday of Cyber Monday, you can score some bargains on the latest Apple gear from other online retailers.

To score deals on Cyber Monday, Nov. 27, you might find yourself shopping on websites that aren't normally in your browser history, but if you expand your search, you're more likely to grab some great deals.

Now, this last retailer is likely already in your browser history, so you'll be excited to hear about Amazon's deal on early-2016 12-inch MacBooks. You can snag one for just $999.99, which is a savings of $300 since it usually sells for $1,299.99. Take your pick from rose gold, gold, silver, and Space Gray when it comes to choosing a color.

Since Apple just released two new iPhones, you might have been hoping to grab a deal on one of those, but when it comes to saving on the iPhone X, you're out of luck. If you're in the market for an iPhone 8, then T-Mobile is where you want to go. You can get a free iPhone 8 or 8 Plus when you open a new line of service and switch to T-Mobile.

If Apple is your go-to when it comes to all things tech, then you're definitely going to want to check out all the deals mentioned above.

Now, the deals listed here offer savings that you're not likely to get again anytime soon, so make sure you get your Cyber Monday on right and snag all the Apple gear that your stocking can hold this holiday season.