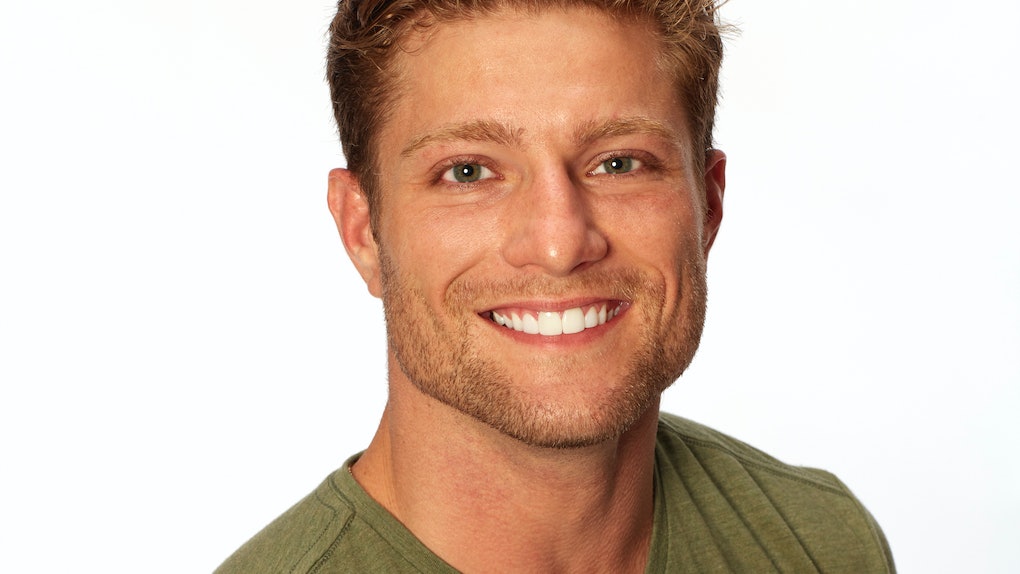 'The Bachelorette's Tyler Cottrill: Real Job, Instagram, & Facts About Him

After many months of waiting and speculation, it's *finally* time to ring in the start of this season of The Bachelorette. That means it's also time to get to know the men who are vying for Bachelorette Clare Crawley's heart. This time around, there's a name on the list that might look a bit familiar to fans; The Bachelorette's Tyler Cottrill will be going by Tyler C. this season, which, of course, is already the name of a very popular guy from Hannah Brown's season. Let's see how the two Tylers compare:

According to his official ABC bio, this season's Tyler C. is "a kind, Southern gentleman who loves to have fun." He's a former professional boxer who's now an attorney — "a businessman by day and cowboy by night." The 27-year-old, grew up in the small town of Morgantown, West Virginia, where "he rarely left his bubble and wasn’t very social."

It sounds like all the drama of Bachelor Nation could create a bit of a culture shock for this mild-mannered cowboy, but according to Bachelorette host Chris Harrison, Tyler C. dives into the mess headfirst. "Tyler didn't waste any time at all getting into the drama," Harrison said in a Facebook video introducing this season's contestants. "He comes in to the very first night with a little dirt on one of the other guys and he's not afraid to stir it up."

Fans will have to wait and see how that plays out, but for now, Cottrill's Instagram provides lots of photographic evidence for all the details in his bio. There are lots of videos showcasing his time as a boxer, and one of his story highlights is even devoted to boxing. Since retiring from boxing, he posts a lot of photos of his life in the country, including pics of him with his buddies.

Family is also clearly really important to Cottrill. In one emotional post devoted to his mom, he wrote, "At one time, I believed the definition of strength was limited to the physical capability to move an object from one position to another. Then, I grew old enough to understand everything this woman has been through in her life and in raising me. She shattered my narrow definition of strength and broadened my understanding to the full meaning."

Even though Cottrill's name might be a bit confusing for longtime fans of the Bachelor franchise, the original Tyler C. has no hard feelings about it. In fact, Tyler Cameron is already cheering Cottrill on. He told Us Weekly of his name twin: "I got someone to root for now. I’m pulling for him. I’m excited for him.”