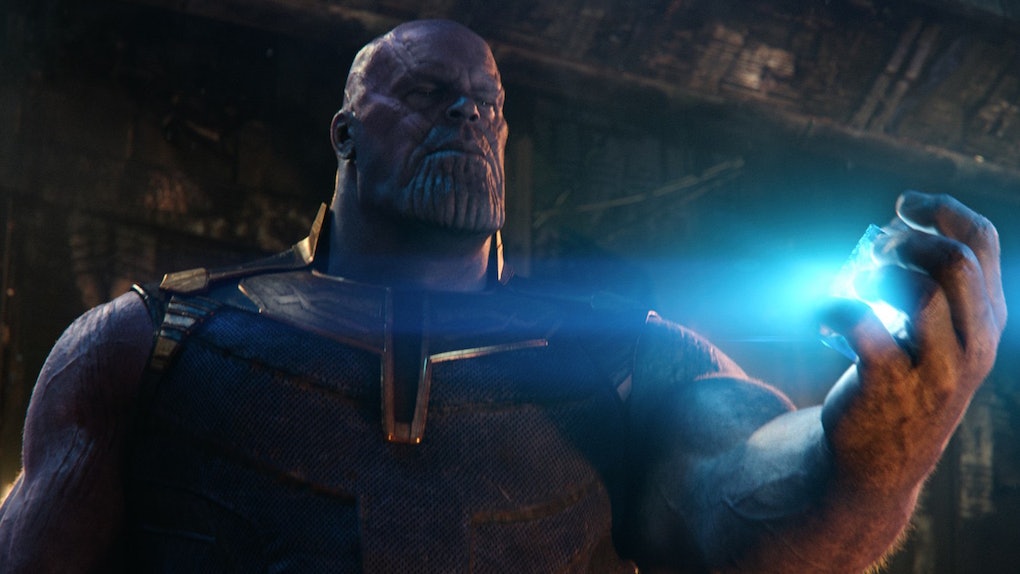 The hype for Avengers: Endgame is bigger than ever now that Captain Marvel has hit theaters and we are only weeks away from the big Infinity War follow-up to arrive. But more than ever before, Marvel is keeping the plot of its new movie under strict lock and key, meaning any tiny detail that we learn about Endgame is a major deal. A movie ticketing website just posted a new Avengers: Endgame synopsis that reveals which two superheroes are going to be imperative to the fight against Thanos.

In the aftermath of Thanos' snap in Avengers: Infinity War, only a handful of the Marvel Cinematic Universe's heroes are left standing, tasked with figuring out a way to defeat the intergalactic warlord and reverse his action. The big question that every fan has been asking and theorizing about is how the remaining heroes will take down the seemingly all-powerful Thanos. Well, a new official synopsis posted by the ticketing site Atom Tickets may hold the answer. The summary suggests that Captain Marvel and Ant-Man will be the two heroes who are key to defeating the supervillain:

Thanos snapped his fingers in Avengers: Infinity War and half the life in the universe instantly dissolved. Now a ragged group of surviving warriors, including Captain America, Black Widow, Iron Man, Thor, and the Hulk works to counteract the Mad Titan’s genocidal action. Since our heroes couldn’t stop Thanos the first time, what makes them think they can win in a rematch? The answer may be in overwhelming power, thanks to Captain Marvel, or in the tiniest spaces between atoms accessible to Ant-Man. Avengers: Endgame will rewrite the Marvel Cinematic Universe as we know it. When it’s all over, nothing will be the same.

It actually would make a lot of sense for Captain Marvel and Ant-Man to be the two heroes with tricks to take down Thanos, considering they were among the very few Marvel heroes not present in Infinity War, and are also the only two Marvel heroes to star in their own movies in between Infinity War and Endgame.

Ant-Man and Captain Marvel's recent solo movies also presented possible new ways to defeat Thanos, which are hinted at in the newly released Endgame synopsis. In Ant-Man and the Wasp, Scott Lang unlocks the secrets of the quantum realm by shrinking to the size of an atom, and in Captain Marvel, Carol Danvers unlocks her full power to become the most powerful Avenger that we have seen yet in the movies. Since neither Ant-Man nor Captain Marvel were helping out the Avengers in Avengers: Infinity War, their new addition to the team in Endgame could be the thing to tip the odds in favor of the good guys.

But although Ant-Man and Captain Marvel are definitely being teased to play major roles in Endgame, fans are still guessing that the pivotal Thanos-destroying scene will center on one of the original Avengers: probably Captain America or Iron Man. Everything really is a possibility right now, though, so we will not actually know for sure what happens until Avengers: Endgame hits theaters on April 26.