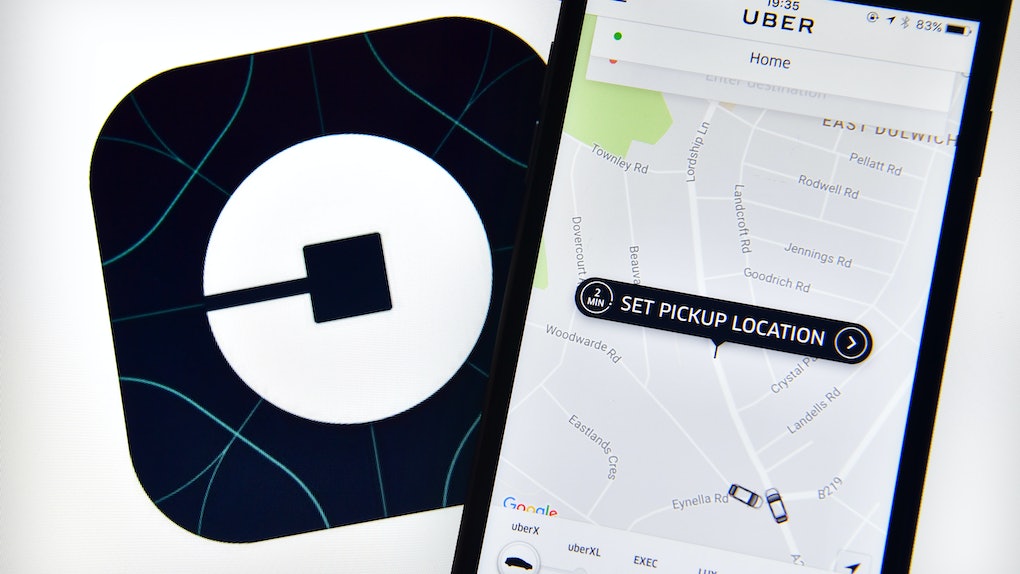 I've had several friends lose phones, keys, and even wallets in Ubers... and lucky for them, they've almost always gotten their stuff back. But aside from those frequently lost items, there have actually been a ton of incredibly bizarre things that people have managed to leave in their Ubers. And while it can be gut-wrenching to leave something behind, it can either be really cool (or really weird) for the drivers to discover what their passengers have managed to lose. So if you haven't already checked out the 10 most unique items lost in an Uber, you're definitely in for a surprise.

If you open my purse on any regular day, you'll find some pretty conventional items. Aside coming across my phone, keys, and maybe a few dollars, I often carry a pair of headphones, a book, some chapstick, and oftentimes a few makeup-related items. Some of the belongings that people have managed to leave in their Ubers, however, might seriously shock you. Unfortunately, I didn't receive any additional background information on the owners of these lost items, but it seems that some of them are total characters. According to the second annual Uber Lost and Found Index — which was acquired by Elite Daily — these are the ten absolute weirdest items that people have left behind in their cars.

1. A Letter From A Boyfriend In Jail

A letter from someone's boyfriend that happens to be in jail is a pretty exciting find, but also so out of the blue. Why did this rider's BF go to jail? Did the rider and the convict start dating before or after he got locked up? In all honesty, I'm really just waiting for a Lifetime movie to be made about this couple, because they seem to keep things pretty interesting.

It's a little unclear as to how somebody actually managed to lose their brother in an Uber. Is the brother a baby? Or is the brother actually a lizard? It's still downright shocking that someone left their sibling behind in the car, but I'm hoping for everyone involved that they were eventually reunited.

Leaving behind some sort of one-of-a-kind item would be pretty heartbreaking, and I guess if you're super into Jessie James Decker, losing an original signed CD would be devastating. I guess it's an alright find for the driver, but maybe the CD owner would rather have it.

Finding a bulletproof vest that someone left in the back seat of your car would be a little terrifying, but also a little exciting. Did you just drive John Wick halfway across Manhattan? Was there an Incredibles super suit attached to it? Who knows.

I'll be real with you guys: I don't even think I knew that jetpacks were real. I sort of thought they were invented by Jimmy Neutron. Anyway, the fact that someone actually brought one along in an Uber — and then somehow forgot it — is super shocking to me, but oh well. Hopefully the driver got to give it a spin.

I'm positive there's an interesting backstory to this one, but it really makes me wonder why someone was casually carrying divorce papers with them... or how they left them in an Uber. Again, maybe leaving them behind wasn't a mistake. Only the rider and the driver know why at this point — and TBH, I'm hella curious.

Wait a second, hold the phone. Star Wars Encyclopedias actually exist? I'm mind-blown. Why does someone own one of these, and why were they Ubering with one? Since this sounds...um, rare, I'm sure the rider was devastated to lose it, but hopefully it found a nice home.

Wow, finding gold grills with diamonds was probably a simultaneously disgusting (and a somewhat exciting) find. Honestly, those chompers probably cost like, ten times my rent. But the fact the grills they were not in their owner's mouth when they were leaving makes me wonder how they were blindly left behind... but that's OK.

A 1.3 carat round diamond is another devastatingly expensive loss. Again, it's a relatively exciting discovery, but it definitely leaves me wondering why someone was casually Ubering with one of these pricey babies? I think some of these people are definitely in need of some sort of purse, or a satchel, or whatever.

Is a rhinestone mask considered to be an expensive beauty treatment, or a fashion statement? Again, why is someone Ubering with this, and how did they lose it? It makes me ask a lot of questions, and in reality, I'm wondering why I don't own one.

I guess whatever people tend to leave behind in their Uber says a lot about a person. I've left chapstick in an Uber, and I'm not entirely sure what that says about me — but I've proudly never left a brother in an Uber. I hope these people were eventually reunited with their unconventional belongings.