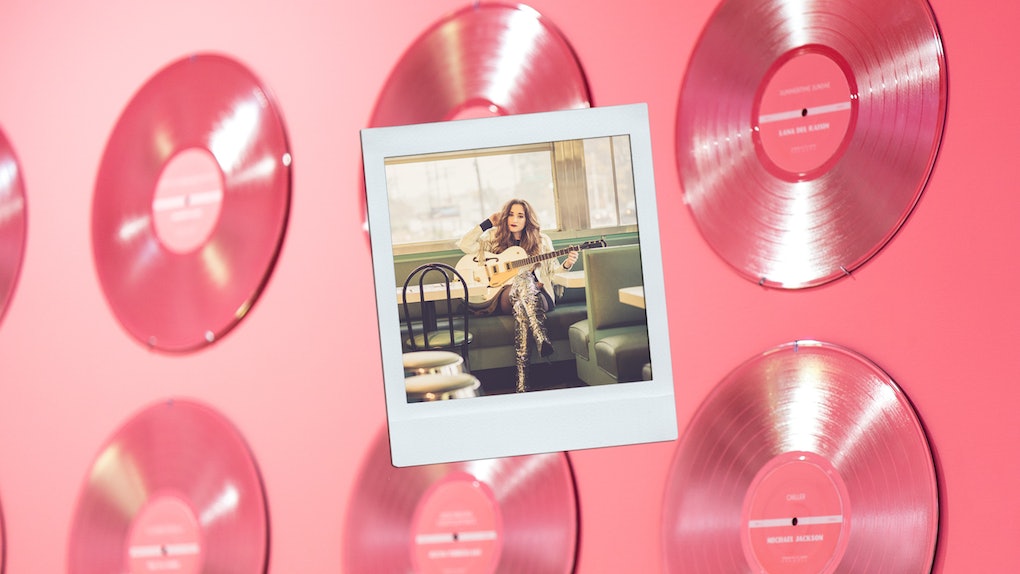 Telling someone how you feel is never easy, especially when that "someone" is your crush. It's even harder when you open up to that person and the conversation doesn't go as planned. It's a vulnerable, gut-wrenching feeling that's hard to come back from, and I know it all too well. In fact, I was recently in a situation where a conversation between me and someone whom I cared about didn't go well. It was upsetting, so I wrote a song about it. It's called "Diner Talk," and during a recent gig, I told my crush how I felt about them in front of hundreds of people — by performing it live.

Trust me: I'm an open book on stage. I've been performing original love songs since I was at least 12 years old, and I feel a sense of comfort in the spotlight. However, "Diner Talk" is a song that gives my emotions a run for their money. As I previously mentioned, the track was inspired by a conversation that I once had with my crush at a diner (obviously). During the convo, I told him how I felt — and he returned the favor.

At that moment, I learned that our relationship wasn't going to grow into something exclusive like I had hoped. I was devastated and completely frustrated with myself. I wanted a relationship and I didn't get one. But in that moment, I couldn't help but feel a sense of happiness. (Weird, right?) Even though nothing had gone as planned, I was happy to be there with him. I was happy to be sharing blueberry pancakes with him and taking Polaroid pictures with him. I was happy to feel love, in this twisted kind of way.

When I got home, I starting writing "Diner Talk." It's not a love-bashing song, though. Instead, it's a song that recounts feelings of frustration and turns them into feelings of hope — more specifically, hope that I'll feel that kind of love again.

I'll see you when you come around.

And I will see you next time you're in town.

But in the meantime, tell me that it'll be alright.

We're gonna leave soon, and hope we find a way.

Don't wanna leave you, but I know you can't stay.

Before we call this off, we'll end with diner talk.

Of course, performing "Diner Talk" live makes me feel pretty damn vulnerable. It's almost like everyone in the audience is sitting in that booth with me and feeling all of the emotions that I felt that day during our convo. When I initially played it in front of my crush (the one who inspired it), that feeling of vulnerability reached a whole new level. It felt like I was telling him how I felt all over again — but this time, through art.

As you probably know, making art is a vulnerable act in itself. You never know how it's going to be perceived (or if people are even going to like it). It shouldn't matter, though — because your art is your art. It should make you happy. That's exactly what "Diner Talk" did for me. Yes, I was really freaking nervous about how my crush would react to the lyrics (and the fact that our conversation was immortalized on my record), but I was also relieved to show him and grateful for the artistic outlet.

Whenever I sing "Diner Talk," I think about all of the good times that we had and hope for more good times to come — with or without him.

Still, playing the song for my crush felt like I unlocked my diary and handed the entire thing over to him. At first, I felt really anxious — but then I felt a strange sense of reassurance. What happened happened, and I was able to sing about my feelings in an honest way. Sometimes, I feel like I'm better at singing than actually talking, so being able to portray how I felt through song helped showcase my raw emotions... even if everything was out on the table (the diner table, that is).

Now, whenever I sing "Diner Talk," I think about all of the good times that we had and hope for more good times to come — with or without him. It's bittersweet, to say the least.

My song, "Diner Talk," is the title track of an EP that I released on March 14. I co-wrote half of the songs on the record with Adam Ollendorff, a producer, songwriter, and multi-instrumentalist from Nashville with recording credits on Carrie Underwood, John Oates, JD McPherson, and Kacey Musgraves. In fact, I met Ollendorff at a Musgraves concert a few years ago, and that's where our co-writing journey began.

The feeling of vulnerability when I'm performing an original love song hasn't gone away with age — especially when the person who inspired it is listening.

TBH, the entire experience still seems surreal. It was 2014, and Ollendorff was in Musgraves' band at the time. They were playing a concert near my hometown one day, so my mom and I decided to get up and go (mind you, Musgraves was — and still is — my songwriting hero). After the show, I hung out near the band's tour bus with hopes of meeting everyone. When the band came off stage, I shook everyone's hand and gave each of them a card with my songwriting information on it. When I met Ollendorff, he took my card and told me that he'd listen.

Real talk: I didn't think he'd actually listen (he's a busy dude!) — but he did. For about a year or so, I'd send him my original songs and he'd send me feedback. Then, soon after that, we decided to write and record an album together. At the time, I was in Brooklyn and he was in Nashville, so we co-wrote our songs via FaceTime. The first album we put out in 2016 was called Disaster in Blue, which we recorded at Drum Farm Studio in Menomonie, Wisconsin. The second one (which you already know about), is called Diner Talk. We recorded that one at Drum Farm, too. Talk about a dream come true.

If you're new to my music, I'll give you a little insight into what inspires me. Ever since I was a 12-year-old kid listening to Jewel, Taylor Swift, and Martina McBride, I've been writing about love in all of its forms (lust, heartache, and everything in between). However, the feeling of vulnerability when I'm performing an original love song hasn't gone away with age — especially when the person who inspired it is listening.

It's not easy, but neither is reaching out to a crush in person and having a conversation with them IRL. Trust me, I learned from my own diner talk that things don't always go as planned — but there's always hope for something that will. Hopefully, my song will help you through your own diner talk when it's time to chat with someone you care about deeply.