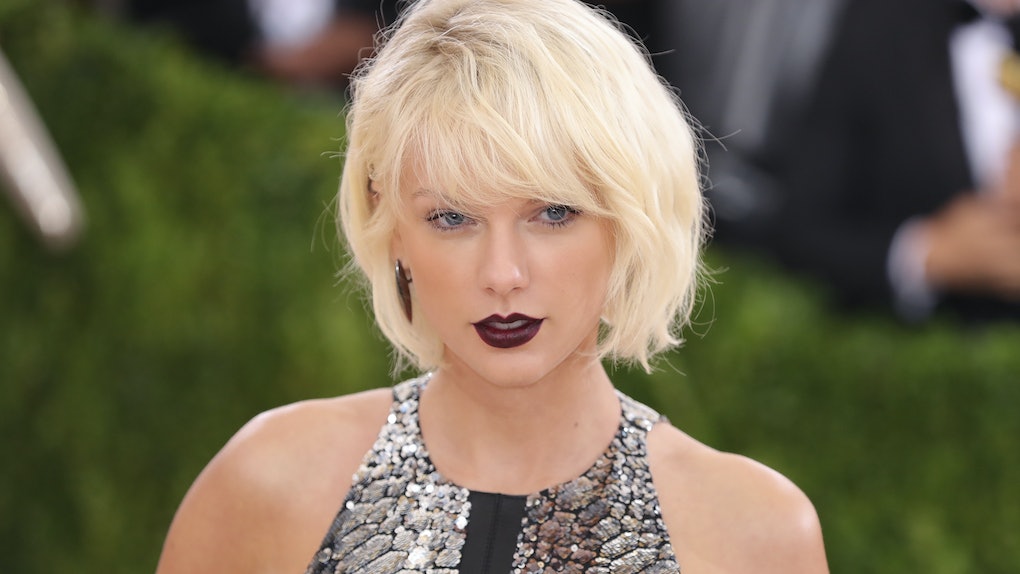 How was your weekend? Did Taylor Swift just casually drop into your Instagram? Some lucky fans got major social media loving from the singer and Taylor Swift’s comments on Instagram had fans completely losing all chill.

Swift popped onto Instagram, leaving comments that left her fans feeling rightfully overwhelmed. She wasn’t all that secretive about it, stalking her fans in the best possible way on live videos, sending DMs, and voting in their polls.

Thank the heavens for excited fans and the screenshot capability because everyone was able to live through these lucky few if only for a brief shining moment of joy. Why were they the chosen ones? I'm trying not to be totally jealous, but let’s be serious. These fans were hella lucky to have these interactions.

So, let’s get to some of these magical moments and celebrate those lucky enough to be part of the Swift lovefest.

First up, this amazing response from Swift on someone’s Instagram live, where a fan asked where the 10 minute version of her song “All Too Well" is. Swift’s casually cool response? “It’s somewhere in a drawer, I don’t know I don’t know.” Are you kidding me? Yes, this is real life. This actually happened.

Fans love Swift, naturally, but they’re also invested in her cats, Olivia and Meredith. When a fan asked about how the pets were doing, Swift responded, "The cats are alive and well. Still very fuzzy." Screaming.

And, in case you think Swift is just throwing out random hellos in her fans’ direction, check out how she checked in with this girl, asking “Is your cat there too?” followed by “That’s such a cute cat!!!! It’s ok it’s ok it’s ok I saw the story she was in.” She followed that up by asking, “Are you ok after wisdom teeth?? That can be soooooo grim.” Swift's stalking game is legit.

Swift even helped out a fan with a poll related to a Homecoming dilemma, as they asked “Should I ask my crush to homecoming?” The options were “Hell yes, go for it” or “No, go w/friends.” Um. Yeah, that’s right, Swift voted yes! She also voted yes on a poll about whether her “Reputation era will live up to the previous ones.” These are literally the only votes that matter.

If that’s not all impressive enough, Swift also chatted with a fan on Instagram DM, giving some major emoji applause and praising the fan, saying, “Thanks for being so lovely and so sweet to other people on here, so supportive. I love it.”

And another fan got a straight up “I love you” DM from Swift. Be still my heart.

But wait, there’s even more. Check out this sweet exchange, where Swift says she wants to give this fan a hug and that she’s “so proud." Goals:

She admitted to lurking, but no worries because everyone was thrilled to be in her presence:

Swift even asked about one fan’s Tumblr so she could check her out there:

Wow. So many lucky fans got some real interactions with Swift! You have to check out this video of some of the fan reactions because they are unreal:

Check out the entire Gen Why series and other videos on Facebook and the Bustle app across Apple TV, Roku, and Amazon FireTV.