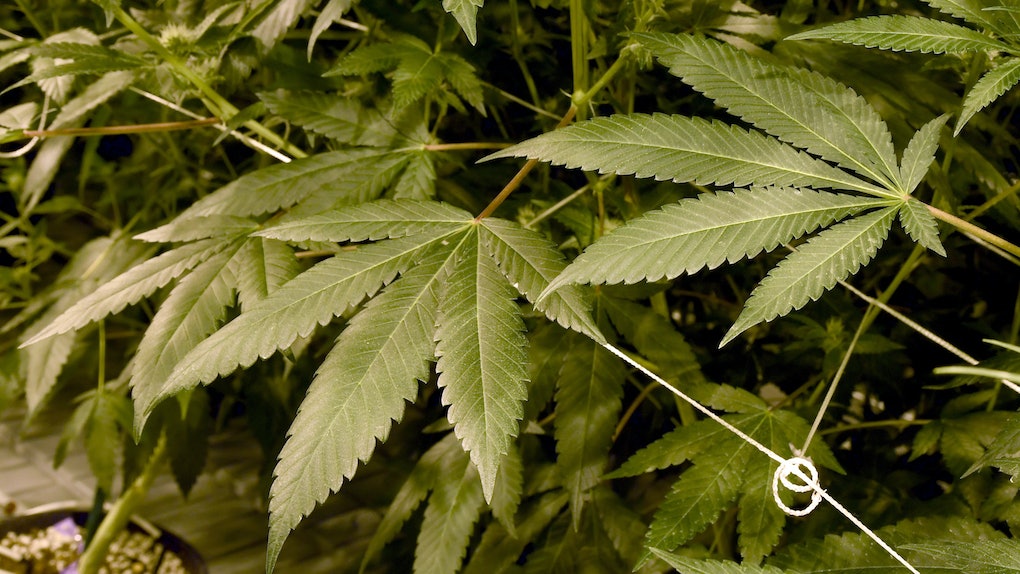 Support For Marijuana Legalization Is At An All-Time, Um, High

According to a new poll by Gallup released on Wednesday, Oct. 25, support for marijuana legalization is at an all-time high, with 64 percent of Americans saying it should be legal. This is the highest amount of public support for legalization the poll has seen in almost half of a century, considering Gallup has been tracing trends of Americans attitude towards marijuana since 1969. Although weed is still illegal at the federal level, eight states and the District of Columbia have already legalized marijuana, and this poll further reinforces a growing attitude of acceptance among Americans.

The poll found a interesting correlation between Americans' views on marijuana and their views on same-sex marriage over the past couple of decades. Looking at the trajectory, about a quarter of Americans supported same-sex marriage in the late 1990s, and as of 2017, 64 percent favor the legalization. Same-sex marriage and the legalization marijuana is among many other social issues that Gallup has found Americans to have a majority liberal opinion on. In the research Gallup presented, the majority of Americans voice opinions in favor of more progressive items such as birth control, divorce, and having a baby outside of marriage.

Democrats and Independents have historically been more on the side of legalizing marijuana than Republicans. California, Maine, Massachusetts, Colorado, Washington, and Oregon are among the growing number of states to legalize weed and push for progressive policies. Democrats, like New Jersey Senator Cory Booker have also been pushing bills to legalize marijuana at the federal level this year. For Booker, legalizing marijuana is a step in the right direction on the war on drugs, a term former President Richard Nixon declared as a way to incriminate the antiwar left and the black community by associating them with drugs such as heroin and marijuana, creating a lasting drug hysteria among Americans. When Booker announced the bill to legalize marijuana on the federal level, he said,

We are not seeing the equal application of our criminal justice system. We have focused [the War on Drugs] on people in the most vulnerable communities.

Booker was referring to the ACLU's research on black people being four times more likely than white people to be arrested for marijuana, even though there are nearly identical rates of pot usage among both groups. Booker also argued that federally legal marijuana would also give the United States potential social and economic benefits, citing the facts that states that have legalized marijuana have seen a drop in crime and a rise in revenue.

Despite these potential positive benefits, marijuana is still illegal at the federal level and remains a heavily debated topic in part because the Drug Enforcement Agency (DEA) still denotes marijuana as a "schedule one" drug, a category marking it as a dangerous substance that should be heavily controlled. Amanda Reiman, manager for marijuana law and policy at the Drug Policy Alliance spoke with Refinery 29 in January 2017 about the problem with states legalizing marijuana on their own. Reiman said,

Nothing says the states have the right to make these decisions — that's the conflict that still exists. If the federal government decides they want to enforce schedule 1 status of cannabis, regardless of what the state wants, they have the right to do that.

While the Gallup research reflects the changing social attitude towards marijuana, it in no way guarantees a move in response from the federal government to legalize marijuana. However, social change can have the power to impact policy change, so you never know if weed will be even easier to access a few years from now.