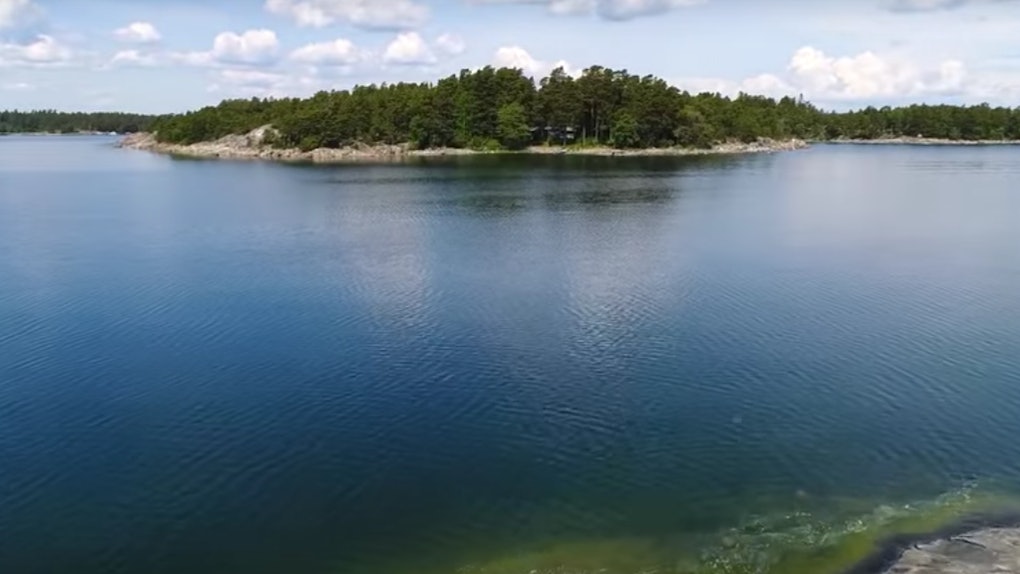 The 2017 super hero film Wonder Woman resonated with me on many different levels. On one hand, it left me really wishing I was endowed with super strength powers, because Gal Gadot looked so tough effortlessly throwing heavy machinery and conquering various evil bad guys. On the other hand, the movie kind of left me wishing I could sometimes just transport myself to an island like Themyscira — somewhere enveloped in nature that's filled with other like-minded female goddesses who are fierce, supportive, and strong AF. Luckily, an island like that actually exists now, and it just opened to the public. In case you haven't already heard about it, SuperShe Island in Finland is woman-only, and TBH, I'm already looking into booking a trip there.

SuperShe Island, according to the press release, is the official headquarters for the SuperShe network, which is a public organization that works to connect women from across the world. Those who join tend to be interested in making change and are focused on living happy, healthy lifestyles. And luckily, retreats to the island cater to just that.

The island itself is incredibly tiny — inhabited by 10 people and spanning only about 8.4 acres. It's hidden amidst the Baltic Sea, right off the coast of Finland, and it has four gorgeous, newly-renovated cabins. It just opened for booking as of June 2018, and when you go, daily guided wellness activities such as yoga, meditation, healthy dining, cooking classes, and workout classes are provided to everyone and anyone. It honestly sounds like a dream come true, no?

Seriously though, just look at this beautifully-designed cabin you would get to stay in...

... and those sexy sunset views from the island itself.

Oh, and don't forget about all of the rad activities they have to offer, like yoga...

The SuperShe Society, as well as SuperShe Island, was created by "an entrepreneur turned kiteboarder and world-traveler," according to the press release, named Kristina Roth. She bought out the entire 8.4-acre island back in September 2017, merely because she wanted to give her SuperShe network an official headquarters. And honestly, what better location is there for a headquarters than on a a beautiful, isolated island? It's so picture-esque, and it's basically a dream getaway. I am beyond obsessed.

In the press release, Roth stressed the importance of spending time with other like-minded women, and the fact that SuperShe island is the perfect safe space to give women a little "me-time," for some much-needed R&R.

In the press release, Roth said,

Women need to spend time with other women. Being on vacation with men can be draining and demanding. We want SuperShe Island to be rejuvenating and a safe space where women can reinvent themselves and their desires. A place where you can recalibrate without distractions.

There's something so incredibly inspiring about spending a little time with other strong, feminist-minded women. Sometimes, after just a few hours of being with my gal pals, my mom, or my cousins, I just feel so, so lucky and, more importantly, relieved that I have that kind of community. SuperShe Island looks like the getaway of my dreams, and I am hella down to embark on the retreat of a lifetime. So Finland, here I come. Who's with me?

More like this
What Is Boo Bash At Disney World? The Halloween Event Has Rides, Music, & Themed Treats
By Cianna Garrison
Here’s How To Order A ‘Princess & The Frog’ Tiana Frappuccino At Starbucks For A Unique Combo
By Lara Walsh
These Memes About Being "Cheugy" Include Some Hilarious Realizations
By Cianna Garrison
Stay up to date