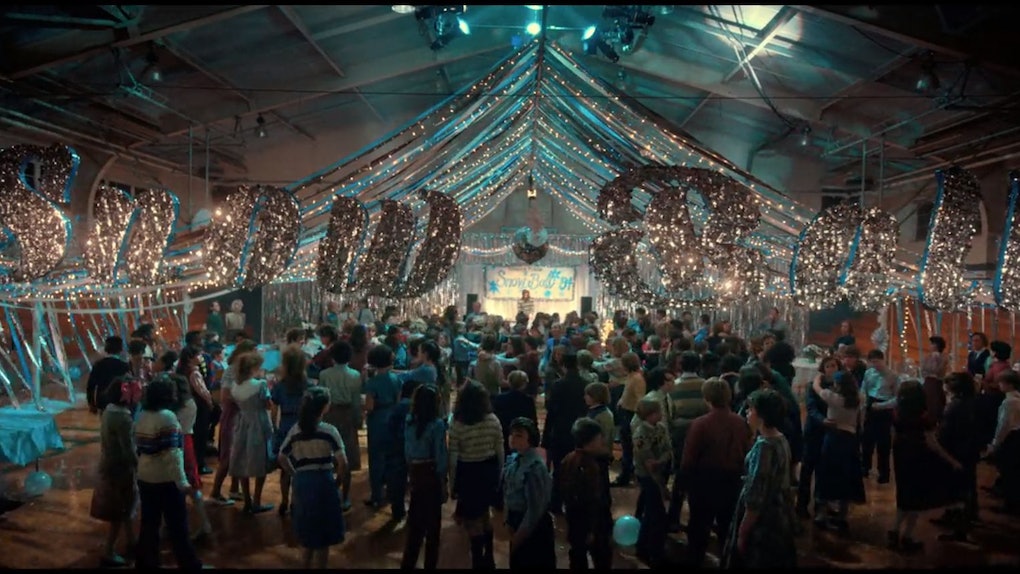 The final scene of Season 2 is the "Snow Ball," which the Duffers disclose in the Beyond Stranger Things aftershow was always the end goal. It was originally Mike and Eleven's reunion scene as well, but they wisely moved that backwards to the Byers house. Still, Eleven's arrival at the dance is long and drawn out, so much so that her arrival missed being soundtracked by Cyndi Lauper's amazing romantic classic "Time After Time." Instead, as Eleven walked in, a different "romantic" song from the 1980s queued up: The Police "Every Breath You Take."

That sound you heard when the song started was a long irritated groan by me. "Every Breath You Take" is one of the worst "romantic" songs of all time. Because it's not actually romantic. It's creepy.

Here, read along with the lyrics and actually think about the words for a minute.

This is not romantic. This is stalker territory. "I'll be watching you," indeed. Maybe Dr. Brenner and his CIA colleagues can do a cover from beyond the grave.

This distressing song was used to soundtrack Mike and Eleven meeting again and their first dance together. Why on earth did the Duffers choose this? These are guys who know their pop culture. They have to know the history of the song, and that Sting himself has said he can't believe people see it as romantic and positive.

Even the actor who plays Dustin, Gaten Matarazzo, knows exactly what that song is when it comes up in the Beyond Stranger Things show. He straight out calls it "The Stalker Song." "You chose the Stalker Song?!" he asks the Duffers in disbelief.

Oh, but they did. And though the director, Shawn Levy, tries to argue the song is actually beloved by many who don't see it that way, that's not why the Duffers chose it.

The choice for that song is deliberate. It's not about Mike and Eleven. (Or Lucas and Max, or Nancy and Dustin, or Will and his sudden dance date.) Yes, it was *the* big hit of 1984 pop music, but it's as much chosen for the popular and "romantic" properties as it is to reinforce the ending that follows – Shadow Monster (the Mind Flayer) hovering over the gym in the Upside Down. He's watching all of them.

Another Easter Egg in the scene is the song that is playing when Dustin enters the Snow Ball. The song wasn't actually in the script originally, but one someone found scrolling through "Hits of 1984" on the day of filming: Olivia Newton John's "Twist of Fate."

Dustin doesn't know what his fate will be when he walks in, but he thinks he's be the hottest guy in school... because he's followed Steve Harrington's hair care advice. Instead, Max goes to dance with Lucas. The girls cut him dead or run when he approaches. He thinks he's failed completely... only to wind up on the dance floor with the girl we saw him first have a crush on all the way in the opening episode of Season 1: Nancy Wheeler.

That's certainly a twist of fate. Perhaps she just likes guys with a lot of hair product though.