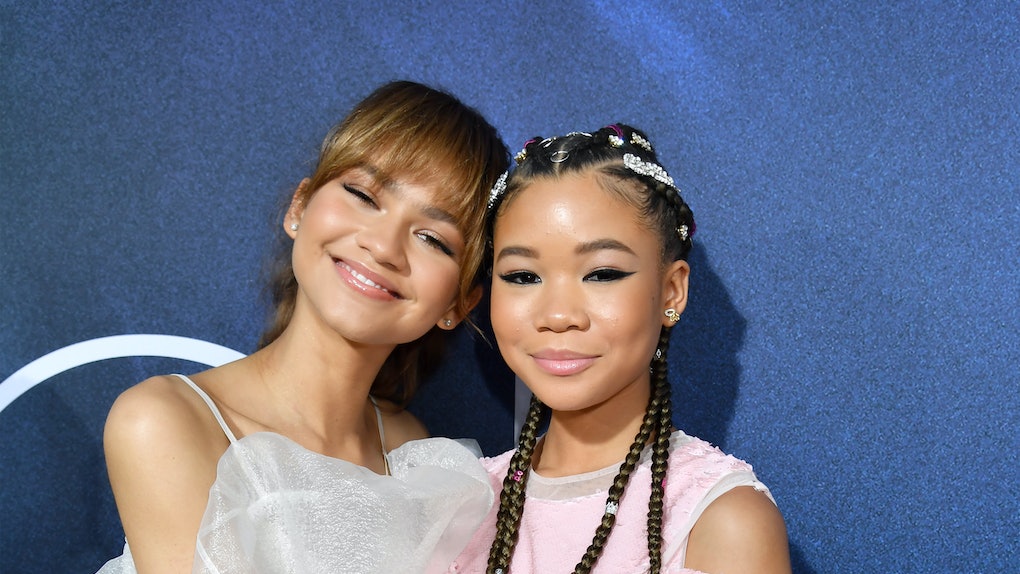 There's nothing like the love and support of family, even when you just play family on TV. Although their sisterly bond is written by the Euphoria writers instead of being written in blood, Storm Reid and Zendaya are there for each other in a big way. And Storm Reid's reaction to Zendaya's 2020 Emmys win for Euphoria is perfect proof of that.

On Sunday, Sept. 20, 24-year-old Zendaya became the youngest winner of the Emmy Award for Lead Actress in a Drama Series for her role of Rue Bennett on HBO's Euphoria. Because of the coronavirus pandemic, this year's Emmy Awards happened virtually, with all the nominees and guests tuning in from their own homes and viewing parties. That means the cast members of Euphoria weren't able to watch the show together. But that doesn't mean Reid held back any enthusiasm when watching her TV big sister win.

Reid posted an Instagram video of her adorable reaction to hearing Zendaya proclaimed as the winner. In the video, Reid adorably quiets her dog so she can hear the announcement of the Lead Actress Emmy. When she hears Zendaya's name, Reid squeals and jumps in the air, clearly over the moon about the win.

This is far from the first time Reid has expressed how happy she is for Zendaya's success. When Zendaya's Emmy nomination was first announced, Reid told Elle, "I woke up and that was the first thing I saw on my phone and I literally screamed. I posted a few Insta stories and then texted her. I'm immensely proud of her. I know the type of person she is and how much effort she [puts into] acting. I've been able to see that firsthand and have her as a bonus big sister."

Season 2 of Euphoria was delayed due to the coronavirus pandemic, so there's no word yet on when fans will get to see more of the sisterly bond between Zendaya and Reid, but hopefully it'll happen soon.