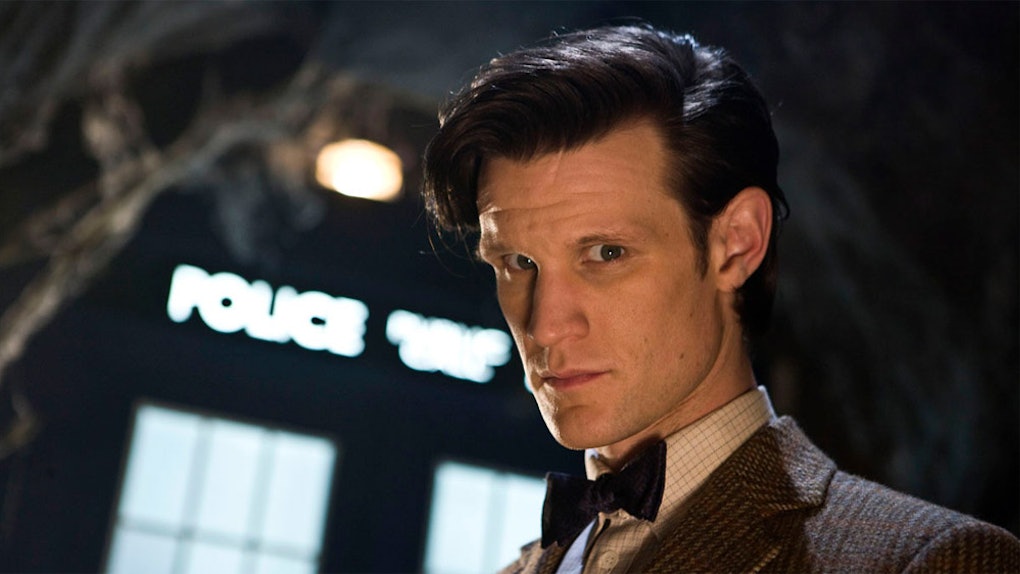 Star Wars: Episode IX has been on a casting frenzy since filming began in August. More to the point, the castings are uniformly high profile, with actors like Keri Russell, hot off The Americans, joining the cast, along with Richard E. Grant (best known for Withnail & I) and 2017's British Independent Film Award's most promising newcomer Naomi Ackie. But lately, the casting has started crossing the fandom streams with Lord of the Ring's Dominic Monaghan announced last week. Now Star Wars: Episode IX has cast Matt Smith from Doctor Who in a "key role."

From the Whoniverse, to Buckingham Palace, to a galaxy far, far away. Sources tell Variety that The Crown star Matt Smith is joining Star Wars: Episode IX, which is currently in production in the U.K. It’s unknown at this time whether the Doctor Who alum will be on the side of the rebels or the evil empire. Smith is coming off his Emmy-nominated performance as Prince Philip in Netflix’s The Crown, which was also his final season as all the major roles for the third season have been recast. Smith can be seen next in Charlie Says, in which he plays Charles Manson. That pic premieres at the Venice Film Festival on Sunday.

Smith's first significant pop culture role was flying the TARDIS as the titular Doctor in Doctor Who from 2010. He took over the part from David Tennant until 2014 when he passed the torch to Peter Capaldi. He then went straight into The Crown, as the first actor to play Prince Philip of a planned three. Smith played Queen Elizabeth's husband for the first two seasons, covering from his 20s to his 40s. The role was recently taken over by Game of Thrones' Tobias Mendes for the third season.

As noted by Variety, it is unknown if Smith will be on the side of the Resistance or the First Order, but logic suggests it would be the latter. While the Resistance has lost Luke Skywalker, Mark Hamill will return as a Force Ghost in the final installment. Cut footage of Carrie Fisher from The Force Awakens will be used to create a storyline to finish Princess Leia's arc. Plus, the Resistance has Lando Calrissian returning for the first time since Return of the Jedi, not to mention Rey, Finn, Poe, and Rose.

Meanwhile, on the side of the First Order, there's General Hux, Kylo Ren, and not much else.

Besides, picture this guy in a First Order uniform.

Star Wars: Episode IX will continue filming into the beginning of 2019, which is hopefully around the time the official title will be revealed (Star Wars Episodes VII and VIII both had their titles revealed in the first quarter of the year they were released.) The film is slated to come out in the more lucrative holiday release date slot, moved back from the originally announced date of May 24.