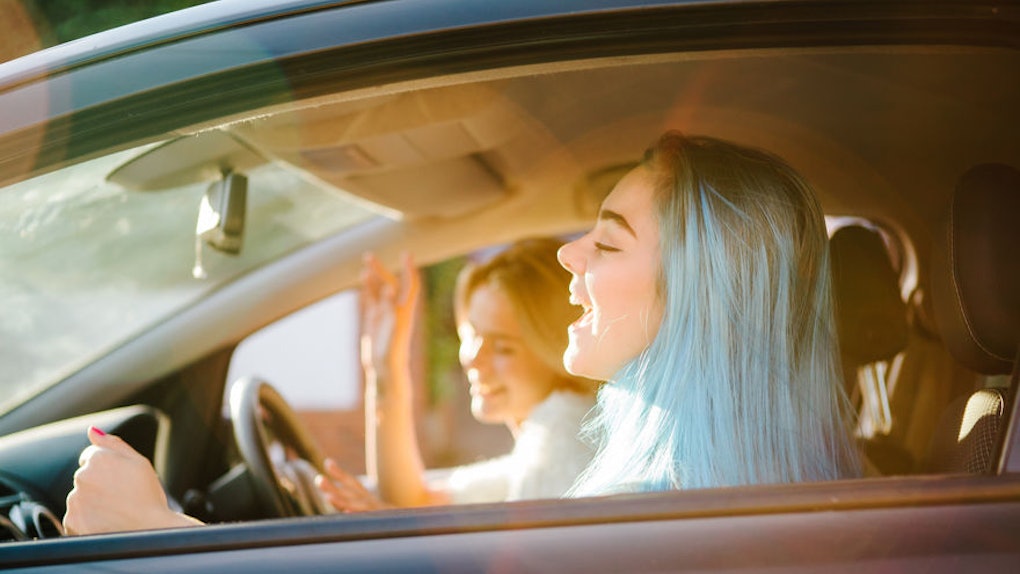 Whether you're sitting in traffic or hopping on the train in the midst of rush hour, commuting to work can be stressful. But if you're anything like me, music and podcasts help ease the ride. Thankfully, Spotify is putting both of 'em in one spot so you can easily listen to your fave artists and talk show hosts on your way to work. That way, you won't have toggle between different tracks and stations while you're on the go. That's right: Thanks to Spotify's new "Your Daily Drive" playlist, you'll be able to listen to your go-to songs and receive news updates along the way. Think of it as a personalized radio station that's geared toward your interests.

The first thing you should hear when you click into the "Your Daily Drive" playlist is a short brief explaining what the playlist is. (As I previously mentioned, it's a mixture of music and news that's relevant to you.) Right after the "Welcome" clip, the playlist should go straight into that mixture of news updates and your favorite songs. Again, it's like a radio station that's literally made for you.

I'm not kidding: Thanks to Spotify's uncanny ability to recognize your listening habits, it included songs that you like and songs that you'll *probably* like in the commuter playlist. In other words, there's a good chance that you'll discover a bunch of new tracks that you love on your way to work.

In between those tracks, you'll hear short-form news updates from reputable podcasts like NPR, PRI, and The Wall Street Journal, per Spotify. That way, you'll be able to stay in-the-know while simultaneously rocking out to your favorite songs on your way to work (or school... or wherever else you're going).

If you end up listening through the entire "Your Daily Drive" playlist by the time you get to your destination, don't fret. According to Spotify, your playlist will update throughout the day, which means you'll be able to hear a totally new group of music and podcasts during your commute home.

Can you imagine how many new tracks you're going to discover on the reg? Going to work never sounded better.

This isn't the first time Spotify has released a personalized playlist, and it definitely won't be the last. One of my favorite playlists that Spotify has released in the past is the "Your Top Songs 2018," which rounded up my go-to tracks of the year (I listen to it on the reg).

Still, I think the "Your Daily Drive" playlist will give that one a run for its money. If you're listening on the go, safe travels.