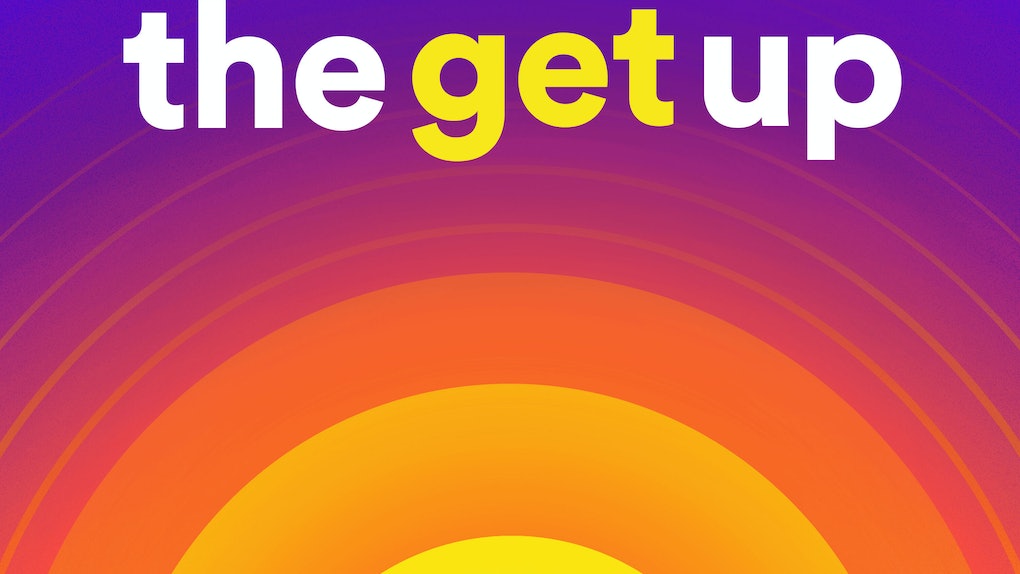 Courtesy of The Get Up

What really wakes you up in the morning? For some, the aroma of a fresh cup of coffee does the trick, and, for others, the prospect of another day at a job they're passionate about gives them the jolt they need. But for folks who just aren't morning people, Spotify's new show The Get Up will turn you into one. Blending pop culture, news, and music into one segment, Spotify's first ever morning show aims to keep listeners on the pulse of what's happening now and put a fresh perspective on your day.

As with any morning show, it's the hosts who truly make tuning in worthwhile, and Spotify enlisted three talented media personalities to keep the conversation exciting. Journalist Speedy Morman, YouTuber Kat Lazo, and Spotify’s Xavier ‘X’ Jernigan are the voices behind The Get Up, and they're aiming to elevate your morning in new ways.

Jernigan is adamant the content we consume in the morning matters. "100%, it matters," he tells Elite Daily. "The purpose of the show is to inform you, but it's really to help you ease into the day and put a smile on your face while doing it," he says.

Technically, though, you don't have to be a morning person to listen to The Get Up. Even though the show will air at 7 a.m. on weekday mornings starting Oct. 22, the episodes can be streamed at any time. (But the show is geared towards listeners looking to jump-start their day on a positive note.) "I have never been a morning person," Morman admits. "So, I'm a pro at knowing what works and what doesn't in the morning, based on my experience."

Morman also points out the show can be listened to from virtually anywhere, which only expands the opportunity for Spotify users to tune in. "We're very aware of how people will be listening in," he says. "They might be listening while they're getting ready for work, or while they're driving on their way to work... we really want to make things easily consumable and digestible," he says.

Mobility isn't the only thing that sets the mixed morning show apart from the rest. Lazo points out anything is fair game when it comes to the topics they cover in each segment.

"Personally speaking, I was really excited because when I was speaking to our producer, I told her up front, 'Listen, if you want something that is just going to be straight pop culture, I'm not your girl,'" the host recalls. "I'm always going to have some kind of spin to it, I'm going to have, perhaps, what some may say is a controversial opinion," she adds.

In the streaming era where there's no shortage of things to stream, what makes The Get Up stand out from the rest is the personalized playlist each listener is served. Spotify's algorithm curates a soundtrack specifically for each person who tunes in, so they'll rarely get stuck sitting through a song they dislike.

"It's not just a podcast, it's music and talk coming together, and it's a real show experience," Jernigan tells us. "From the top to the bottom, you're going to get a fully-produced experience that talks about everything from the latest in pop culture to politics. Then, your music is personalized just for you."

Not only are the hosts of The Get Up bringing a unique concept to the streaming service, but their blended talents bring a unique chemistry to the table. Despite not knowing each other beforehand, the hosts never run out of things to talk about. "I feel like it's magic with these guys," Jernigan says.

The Get Up launches on Oct. 22 and is available exclusively on Spotify.