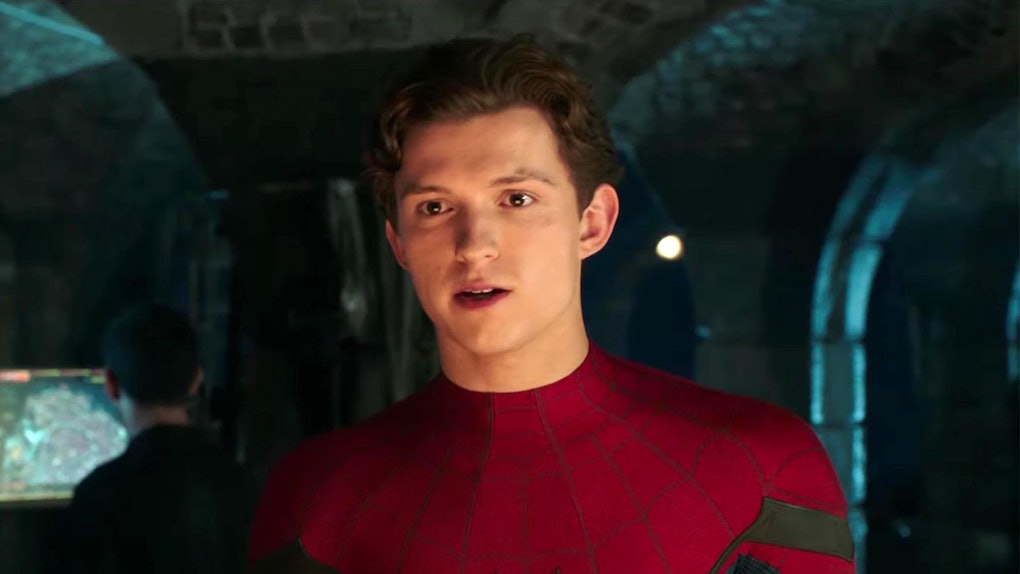 Spider-Man Won't Return To The MCU Anytime Soon, According To Sony's CEO

At the end of Avengers: Infinity War, Thanos' snap caused Peter Parker to disappear from Marvel's universe, and although Spider-Man swung back into action afterward in Avengers: Endgame and Spider-Man: Far From Home, it looks like he is about to disappear once again. The news every Marvel fan has been buzzing about for the past couple of weeks is that Spider-Man will potentially no longer appear in Marvel Cinematic Universe movies due to a failed deal between Marvel Studios and Sony Pictures. The future has appeared ambiguous, but recent comments by Sony's CEO make it clear that Spider-Man won't return to the MCU anytime soon, Variety reported.

Reports that negotiations had hit a rough patch between Marvel and Sony broke in late August, as the two studios reportedly failed to come to a financial agreement that would ensure Spider-Man's continued role in the Marvel Cinematic Universe. With no agreement in place, the exclusive rights to the web-slinger will revert back to Sony Pictures, meaning Tom Holland can no longer play Spider-Man in the Disney-owned Marvel film franchise. At Variety‘s Entertainment and Technology summit last week, Sony Pictures chairman and CEO Tony Vinciquerra quashed fans' hopes even more. Vinciquerra stated that “for the moment the door is closed” in regard to Sony granting Disney the film rights to Spider-Man again.

Ugh, it's like Peter Parker is turning into dust all over again.

As Vinciquerra's comments continued, it seemed to become more clear that Sony Pictures was planning on capitalizing on the Spider-Man franchise in its own way. Vinciquerra emphasized that there is no ill will between Sony and Marvel, but Sony is still opting to regain its exclusive rights to double down on producing its own Spider-Man content following the recent success of Spider-Man: Into the Spider-Verse and Venom.

We had a great run with [Marvel Studios president Kevin Feige] on Spider-Man movies. We tried to see if there’s a way to work it out... The Marvel people are terrific people, we have great respect for them, but on the other hand we have some pretty terrific people of our own. Kevin didn’t do all the work... Spider-Man was fine before the event movies, did better with the event movies, and now that we have our own universe, he will play off the other characters as well. I think we’re pretty capable of doing what we have to do here.

Although Sony Pictures has not featured a live-action Spider-Man since Andrew Garfield last played the web-slinger in 2014's The Amazing Spider-Man 2, the new developments could mean Sony may be looking to cast another Peter Parker for future movies. Since Sony is currently producing a sequel to 2018's Venom (which centers on characters in the Spider-Man universe), it is plausible that the studio may use Venom 2 to introduce a new version of Spider-Man.

Unfortunately, the non-deal throws a major wrench in Disney's plans for the Marvel Cinematic Universe, as Spider-Man: Far From Home set up Spider-Man to be a major player in its upcoming slate of movies and ended with a major cliffhanger that basically ensured a third Spider-Man movie was being planned. Fans will just have to wait to see if the studios can ever reach an agreement, because Spider-Man's future depends on it.

More like this
'Spider-Man 3': Cast, Trailer, Premiere Date, Title, Filming News, & More
By Ani Bundel
Who Will Play The Fantastic Four For Marvel? Twitter Has So Many Ideas
By Dylan Kickham
'Guardians Of The Galaxy 3': Release Date, Cast, Trailer, & More Details
By Ani Bundel
Stay up to date