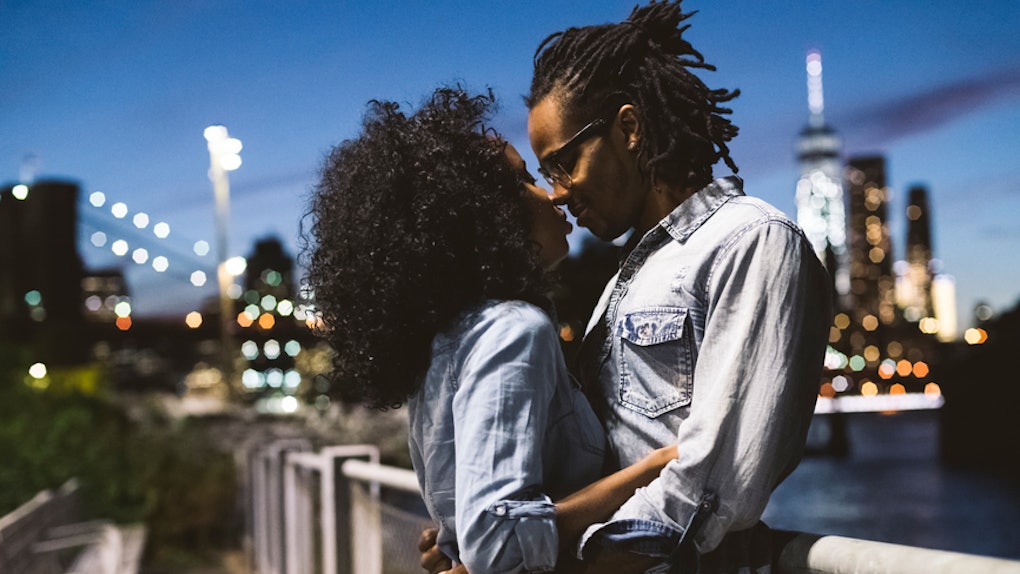 Should I Play Hard To Get? 5 Reasons It’s A Total Waste Of Time

I have a crush on a guy whom I've been on a few dates with, and I haven't heard from him in a week. Is he ghosting me? Is he playing hard to get? Yes, he's out of town right now, but is he just planning on hitting me up when he gets back? Either way, I hate it. And let me tell you, as someone who is being ignored by a crush right now and is super confused about it, to me, playing hard to get is the absolute worst. You don't know whether or not someone likes you a lot and is just trying to play it cool, or if they actually don't like you at all and are just treating you like sh*t.

Here's the thing: When I'm dating, I kind of don't want to be wondering that whether or not someone likes me at all. I want to know very loud and clear that the person I like really likes me back. That seems nice and easy, right? Why are we so obsessed with the idea of hiding our feelings from each other in the first place? "I like this person, but I can't let them know!" If you like them, then they're the exact person who should know! How else will you be able to start a relationship with them someday?

So here are some reasons why playing hard to get is not worth your time. Seriously. Stop it. Please?

Ummm, do you like me or not? Because I am kind of looking to hang out with someone who likes me. And when someone doesn't text me for days at a time, or plays tricks with my heart in an effort to seem mysterious, it pretty much sends the message that they're not interested. And I like to date people who are actually interested in me. Surprising!

If you like someone, let them know. Otherwise, your efforts to play "hard to get" might actually end up just scaring them off or making them hate you, which is probably the opposite of what you intended.

2. It's Not Emotionally Mature

3. It Sets A Bad Tone For The Relationship

I don't want to chase, and I don't want to be chased. I want a mutually respectful relationship, where my partner and I are both invested in showing one another we care.

When one person has all the power in a relationship, and the other has to work for it, it creates an unfair dynamic that can lead to a lot of anger and resentment. As I'm sure you know, that's not a great way to start a relationship. But it is definitely a way to end one.

You know what I like better than playing hard to get? Chivalry and kindness. I think those things are way cooler and hotter.

I'd much rather someone show up to my door (because he's picking me up for our date) with flowers than wait to talk to me for three days after we hung out, because he wants to keep me on my toes and make me feel like he's not interested. Why is that a dating method? That seems like a tactic you'd use to make someone not like you.

Listen, I'm at the age where, if someone doesn't hit me up after a date, I'm going to assume it's over. And with ghosting being as prevalent as it is, it's easy to confuse someone who's trying to seem mysterious with someone who never wants to talk to you again.

You can't play hard to get forever, especially if you actually want a relationship. What are you gonna do? Leave your future wife waiting at the altar for 30 minutes just because you're "playing hard to get?" That's dumb.

At some point in a relationship, we want to feel safe and secure with our partner. We want to be able to depend on them. When we text them, we want to know they'll text back. If we've had a hard day, we want to know we can depend on them to cry on or for advice. A game player is not the type of significant other who can provide that type of support. So if that's the impression you're giving off from date one, then most likely, someone worth being in a relationship with won't commit to you. So if anything, what you're doing to seem mysterious and cool is actually working against you.

If you're looking for something real, then stop playing hard to get. It's ruining your chances at a real relationship with someone you're actually compatible with. If you're playing games, you're only going to get played or attract a player. So just be yourself, date naturally, and figure out who likes you for who you are (and whom you like back). And then, let the person you like know that you like them. It's the only way you'll truly find happiness in a relationship.