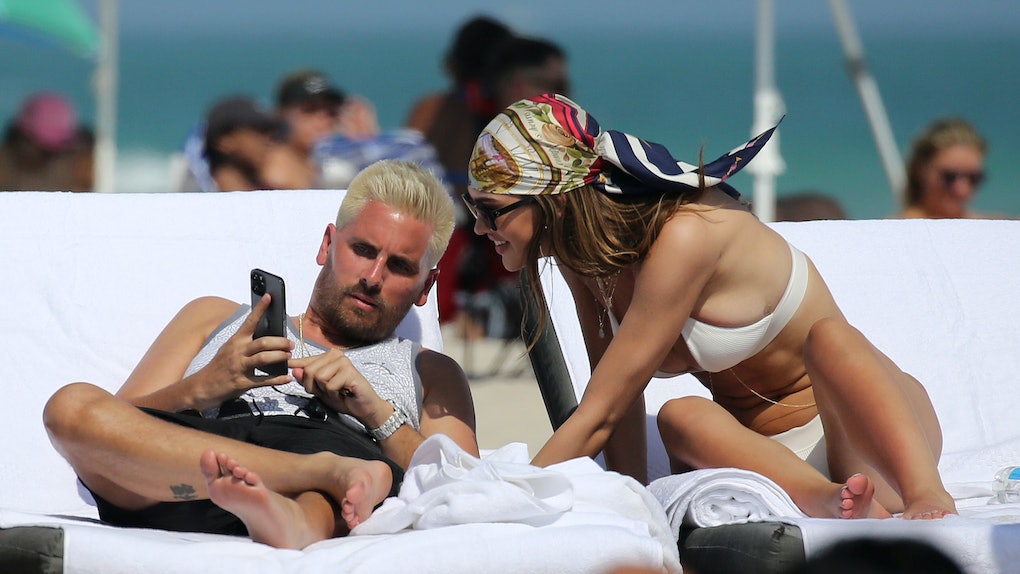 Get ready Sunshine State, because Scott Disick and Amelia Hamlin are reportedly moving to Miami. It looks like things are getting increasingly serious between the couple, and honestly? Good for them.

A source close to Disick told ET that he reportedly plans to temporarily split his time between Miami and Los Angeles, where his three children with Kourtney Kardashian currently reside. "Scott's planning to move to Miami temporarily for a change of scenery [and] pace and he will split his time between there and L.A. so he can see his kids and the rest of the family," the source reportedly said. And he won't be making the big move alone. Another source told ET Hamlin is reportedly coming along with him.

"Amelia is planning on moving in with him," the source reportedly said. "Scott was lonely when he and Sofia [Richie] broke up, which is one of the reasons he and Amelia got together so quickly. They've been getting a bit more serious for now. Scott has been having a good time with Amelia."

It's been a whirlwind romance for these two, who first were linked back in October 2021 after attending Kendall Jenner's Halloween party, per Us Weekly. In the following months, their social media flirtation kept the rumors of their romance alive. The two finally went IG official on Valentine's Day, when Disick posted photos of the two of them getting cozy together over dinner in his IG Stories. A few weeks later, Hamlin posted her own social media declaration of their connection in her IG Stories, with a photo of them and the caption, "My dream man."

While the two seem happy and are reportedly preparing to cohabitate in Miami, critics of their relationship have been vocal about the 18 year age gap between them (he's 37, she's 19). But Hamlin is quick to shut down the haters. When the Instagram account @bestofbravo posted side-by-side photos of the new couple, critics let their opinions be known in the comments, but Hamlin slid right in and wrote, "everyone can calm down."

If the rumors of their big move do end up being true, it sure looks like the future is sunny for these two.