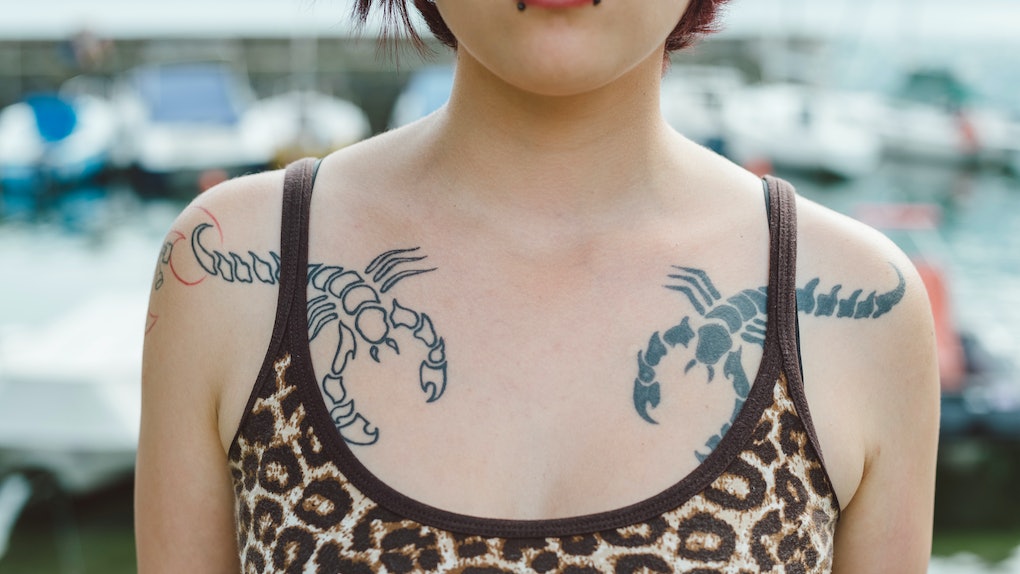 Sh*t, it's Scorpio season. If you've managed to isolate yourself from all the Scorpios of the world, chances are they've actually cut you out of their lives first, you just don't know that yet. During Scorpio season 2017, it's a Scorpio's world, you're just living in it. If you don't know about this sign, let me just brief you on the details. This sign is more complex, more layered, harder to navigate than a Rubik's-cubed vagina. It takes preparation to get inside their head and step into their shoes. But we're gonna try that, because you deserve to celebrate Scorpio season in all the ways a Scorpio would.

On the outside, Scorpios are strong, tough, and stubborn. Their level of savagery is unparalleled. They can turn an insult into poetry. They leave tact to those who aren't skilled enough to be sarcastic. They are masters of invisibility when they want to be, allowing you to know only what they want you to know, and keeping their secrets to themselves. They arm themselves with information about you, while remaining a mystery, like spies. But the most unbelievable fact about them is that on the inside, they're as rich and velvety as creamy nougat.

Here's how to celebrate this Scorpio season in all the ways a true Scorpio would.

Get Ready To Bang Until You Lose An Eye

I know it's important to encourage sexual health, and honestly, I do. But during Scorpio season, the focus is on getting it in like you're storing up on orgasms for the winter. This sign is gifted at a lot of things, but sex is at the top of the list. In fact, we could probably bet that the phrase "cuffing season" was coined by a Scorpio.

Brush Up On Your Mind Control Skills

Scorpios are also skilled warriors, and one of the first rules of war is to get inside your enemy's head so you can beat them psychologically. They could walk into an MMA ring, and without lifting a finger, send their opponent out crying, wondering why his dad still won't call.

If you're stuck in a tough standstill at work, do yourself a favor. Get to know your enemy, find out their weakness, and exploit it like a heartless Scorpio to honor the season.

Detox Until You Sweat Out The Ghosts Of Your Ancestors

Scorpios are determined to become better people. They read a lot of self-help literature and are constantly trying to get to the bottom of their motivations, in order to know themselves. This leads to frequent detoxing rituals, either physically removing excess from their bodies, or from their lives. This Scorpio season, transform yourself like these Pluto-ruled people by embracing the difficulty of personal transformation.

Get rid of whatever toxins in your life that could be holding you back from your true potential, including toxic relationships.

A Scorpio will never let you know you hurt their feelings, but don't be fooled by their silence. You're on a list, and that list is titled "Revenge Targets" and sooner or later, you're toast.

Scorpios have a gift for putting their resentments aside and treating their enemy with gracious respect until that person needs something from them. The moment the scales of power tip in their favor, they choose this moment to graciously wreck their enemy. We could all learn something from this tactic. There's no reason to fight the enemy with open warfare. Remember that whoever has harmed you might someday need a favor. So keep your friends close, keep your enemies closer.

More like this
Your Mars Sign Meaning Reveals A Lot About Your Sexual Needs, So Take Notes
By Roya Backlund
The Emotional Meaning Of The April 2021 New Moon Is So Passionate
By Roya Backlund
The Netflix Reality Show You Should Watch, Based On Your Zodiac Sign
By Chelsea Jackson
Stay up to date