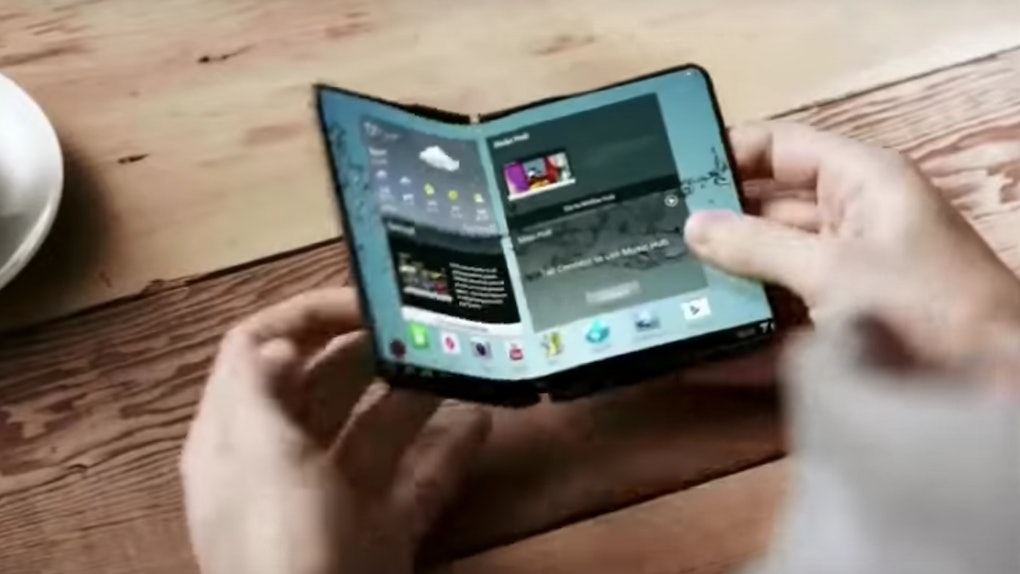 Before I dive into new details, let's rewind a little bit. Way back in 2014, Samsung released a concept ad that revealed possible imagery of what the foldable smartphone could look like. (If you're curious, you can check out the video here.) Based off the fictional footage, the new smartphone would unfold like a wallet and reveal a tablet-like screen. TBH, it sounds like the perfect device to binge-watch Netflix on.

Apparently, Samsung stuck with its original plan — but the company is trying to differentiate the foldable smartphone screen from a tablet screen. Per CNBC, Koh spoke about the foldable screen at Berlin's 2018 IFA electronics show. He reportedly said,

You can use most of the uses [...] on foldable status. But when you need to browse or see something, then you may need to unfold it. But even unfolded, what kind of benefit does that give compared to the tablet? If the unfolded experience is the same as the tablet, why would they (consumers) buy it?

Because it's AWESOME, duh.

But really: When Samsung does release a foldable smartphone, I want to try it immediately (whether it acts like a tablet or not).

Now, you're probably asking yourself one very important question: How will the phone fold? Will there be hinges, or will the actual screen bend? According to a July 2018 report by The Wall Street Journal, the upcoming smartphone will use one foldable screen. When I hear the words "foldable screen," I think of a screen that doesn't shatter when you drop it. I guess that's information that we'll have to wait for, though.

In addition to a sturdy screen, I also imagine a very high price tag. Heck, regular smartphones will easily drain your bank account, so I can't even imagine how much a foldable smartphone would cost. Thankfully, Samsung is trying to make high-tech devices cheaper so more millennials will be attracted to them, per CNBC. So, will the company's foldable smartphone be affordable? Hopefully those details will come soon.

Speaking of details, you can probably expect more to come by the time 2019 rolls around. According to CNBC, Samsung might release more information about its foldable smartphone in November 2018 at San Francisco's Samsung Developer Conference. If that's true, you might end up saving your money throughout the holiday season in pursuit of a foldable smartphone.

In the meantime, keep your eyes peeled for more information about Samsung's latest endeavor (and make room in your purse for a foldable device).