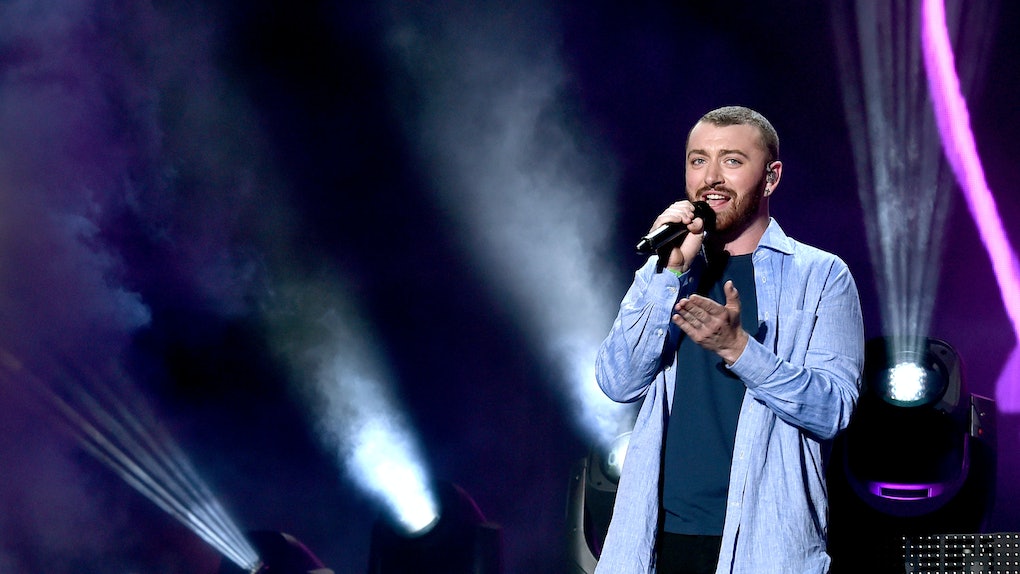 Sam Smith just released another new song from his upcoming album, The Thrill Of It All, and it’s sure to give you all the feels. In fact, he said it’s his “most personal song” yet. The Sam Smith “Burning” lyrics are so filled with post-breakup emotions that you’ll understand why he said it’s about his “self destruction.” Listen to “Burning” and check out the lyrics below.

As with just about any Smith tune, you might want to have the tissues handy.

Such a burden, this flame on my chest

No insurance to pay for the damage

More than twenty a day

Blame it on rebellion

Don't blame it on me

Wish I was younger

Back to the nineteenth of May

I had an open mind

Funny how time goes by

Had respect for myself

You reached the limit

Such a burden, this flame on my chest

No insurance to pay for the damage

Oh, have you ever called

I will burst straight back

Give you my forgiveness

And the shirt off my back

No friends to turn to

Yeah, I messed up that

Wish we could smoke again

Just for a day, oh

Oh, I've been burning up since you left

In an interview with BBC Radio, Smith explained, “It’s the most personal song I’ve ever written in my life.”

At the heart of “Burning” is Smith’s personal struggle dealing with a breakup, as he explains the song is “about self-destruction”:

I was going through a really tough time last year. I live in London, and I went through a breakup. And I dealt with the breakup in a bad way, and I was just going out way too much. I let everything go in that song. And that song to me is about fame as well and the responsibilities I felt and the pressure and my relationship with my voice and how I was a bit rebellious last year. It’s about self-destruction, that song.

Smith took to Twitter to further explain the emotions behind “Burning,” noting:

“You reached a limit. I wasn't enough. It's like the fire, replaced all the love —BURNING.”

“I can't explain how healing it is to have 'Burning' out in the universe. That song came from a place of so much confusion and heart ache.”

He further explained in a series of tweets:

“... at the time when I was writing it, I didn't like myself. I didn't respect myself. I still struggle everyday with just being myself.”

"... but to be able to use music as therapy, and to put my heart into songs like burning, and then to give those words to you."

“... well, that is the f*ck*ng coolest & most overwhelming feeling in the world. Thank you for all listening to me bloody Moan about my heart.”

He added, "I love you all. Thank you for being here xx."

Whew. That really hits you in all the feels, doesn't it?

The Thrill Of It All will be released on Nov. 3. Guess I better stock up on tissues before then.